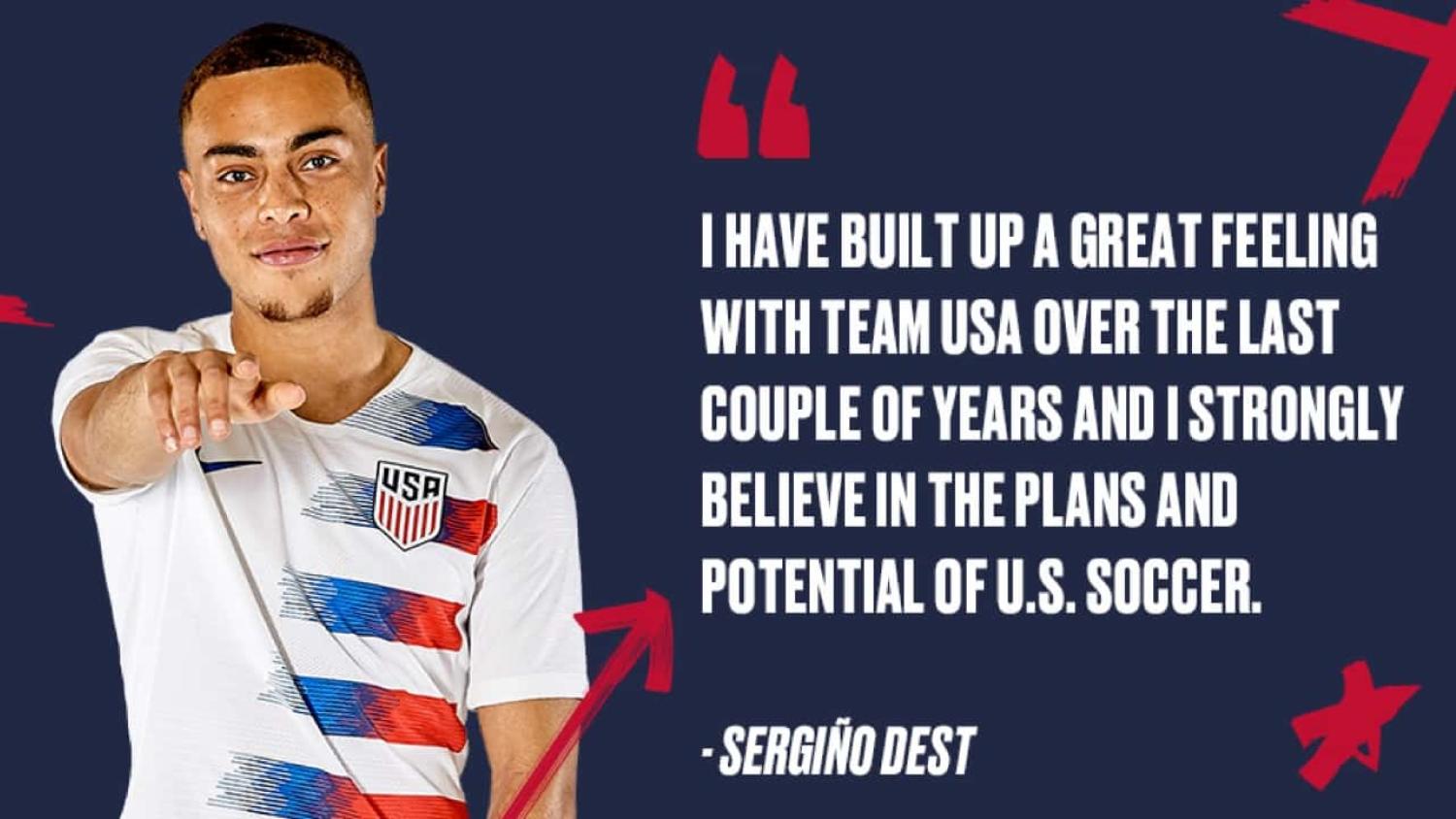 The Dutch-born right back represented the U.S at youth levels and made the step up to the senior team in September. He's now all in.
Dest Announcement

Finally, some good news surrounding the U.S. men’s national team. 18-year-old Ajax defender Sergiño Dest has committed his future to the Yanks, and he'll hopefully be on display if we can qualify for the 2022 World Cup.

Coming off the back of an embarrassing 2-0 defeat to Canada, the U.S desperately needs some good energy, as well as — well, you know — better players in the lineup. A lot of that can be put down to the genius of Gregg Berhalter, who decided that players like Daniel Lovitz, Cristian Roldan, Wil Trapp and Gyasi Zardes are good enough to play international football.

With a guy like that leading the national team and Dest’s only real connection to the U.S being through family ties, it would’ve been totally understandable if he'd choosen to play for the Netherlands over the U.S. But somehow, Mr. Berhalter wasn’t enough to put off good ol’ Dest.

Granted, the opportunity for minutes in the U.S. team is a lot higher than in the Netherlands set-up, but the fact that Dest chose to represent the U.S. at the youth levels was a promising sign. He was eligible to play for either nation through his Surinamese-American father and Dutch mother, and Dest even represented the U.S at the U-17 World Cup in 2017 and the U-19 World Cup this past summer. These tournaments really put him on the map in terms of interest from both national teams.

After transferring to Ajax from minnows Almere City, Dest quickly rose through the ranks and joined up with Jong Ajax, the team just below the first team. A string of impressive performances last season, as well as a few sales from the first team, allowed Dest to move up and appear in the Eredivisie. Erik Ten Hag has shown faith in Dest, who is now the starting right back for Ajax in the league and Champions League.

It’s clear from his performances that he’s a top talent, and we are very lucky to have poached him from one of the most talented footballing countries in the world. After Ajax’s defeat to Chelsea, Berhalter and Earnie Stewart travelled to Amsterdam to speak to Dest’s family and together the decision was made for Dest to represent the U.S.

Speaking to U.S. Soccer, Dest had this to say: “I have built up a great feeling with Team USA over the last couple of years, and I strongly believe in the plans and the potential of U.S Soccer.”

Great news for the U.S., not the end of the world for the Netherlands, and we should have no complaints. Welcome aboard, Sergiño!