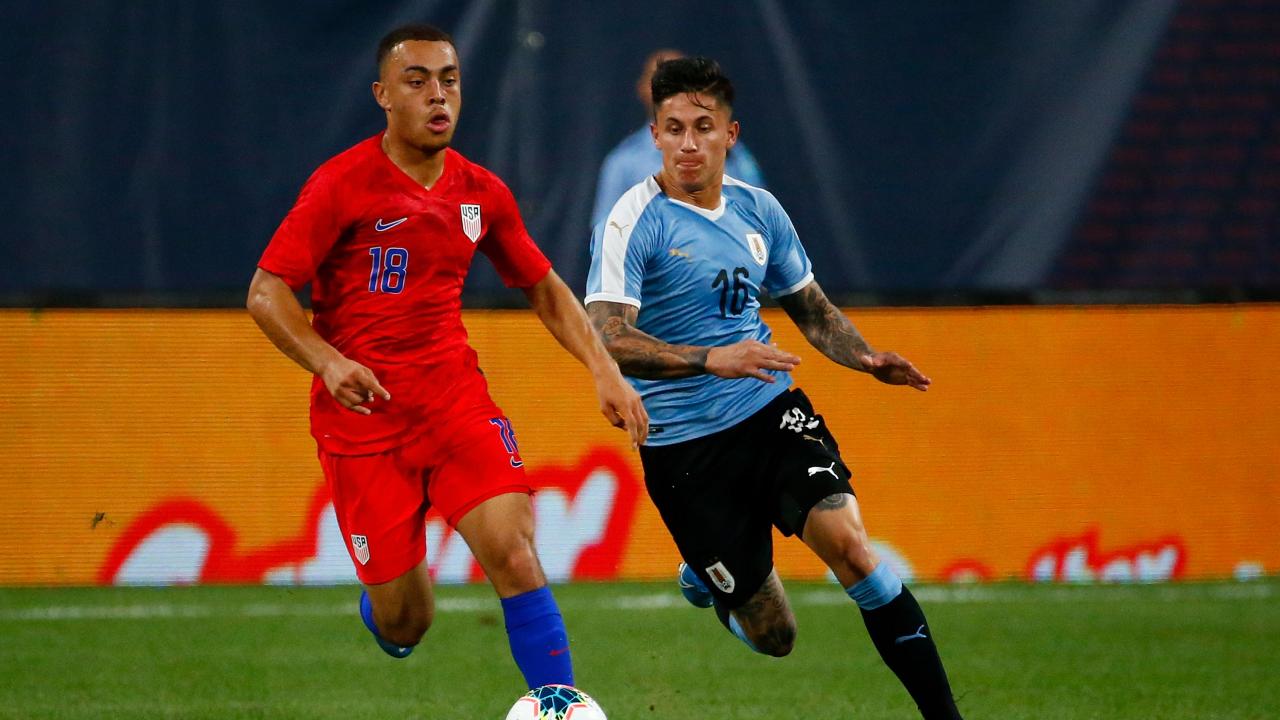 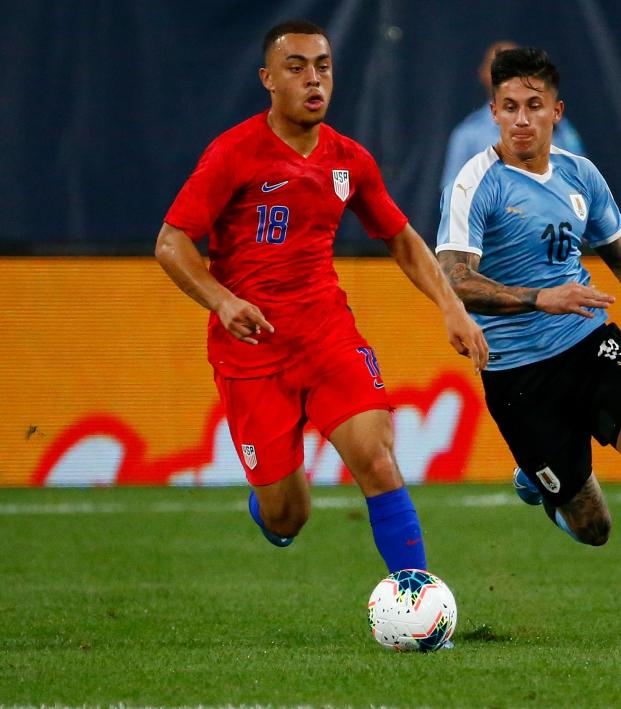 Looks Like USMNT Could Miss Out On Another Rising Star

Travis Yoesting October 2, 2019
Sergiño Dest has decided he doesn’t want to be cap-tied to the USMNT right now.

Sergiño Dest, an 18-year-old Ajax fullback, is one of the brightest young players in the USMNT pool. But he might not be in the pool for long.

Dest has opted not to join Gregg Berhalter’s team for upcoming Concacaf Nations League matches, which would cap-tie the Dutch-American to the USMNT.

Berhalter’s 26-man roster for Nations League matches against Cuba and Canada was released Wednesday, with all your favorites like Michael Bradley and Gyasi Zardes included, plus Chelsea bench warmer Christian Pulisic.

The USMNT will play Cuba on Oct. 11 in Washington, D.C., followed by Canada on Oct. 15 in Toronto.

| Gregg Berhalter has named 26 players to the #USMNT roster for this month's @CNationsLeague matches against  and .

Dest has played for the USMNT at the U-17 and U-20 levels. He played in both USMNT friendlies in September, including a 3-0 loss to Mexico in which the left back was torched for an El Tri goal. Though those were Dest’s first two senior USMNT appearances, they did not cap-tie him because they were just friendlies.

Given the difficulty the U.S. has had in finding solid fullbacks, a young, exciting player like Dest looks promising, even if his attacking is currently better than his defending.

But Dest is giving himself time to weigh his national-team options.

The teenage defender has been impressive with Ajax, helping the Dutch club reach the Champions League group stage in August. His play has caught the eye of Netherlands coach Ronald Koeman, who has approached the teenager about appearing for the Oranje. This appears to be giving Dest pause to becoming cap-tied with the U.S.

While Dest would face much more competition for playing time in the Dutch national team, I think most people would agree the Netherlands is a more exciting country to play for than the U.S. Dest grew up in the Netherlands (he qualifies for the USMNT through his American father) and remains eligible to play for the country of his birth. Few would begrudge a player for choosing the Netherlands over the U.S. in this situation. It’s like if you’re being recruited to play college football at South Carolina and then Clemson comes calling — you’re going to at least consider it if not jump at the opportunity.

But USMNT fans will hope U.S. Soccer does everything it can to keep Dest in red instead of orange.

The USMNT has already lost Liga MX stud Jonathan Gonzalez when he switched to Mexico and it appears LA Galaxy prodigy Efrain Alvarez will also choose Mexico over the U.S. after appearing for the U-15 USMNT. Another lost player will be compounding blow to the already limited player pool at Berhalter’s disposal coming off a disastrous failed World Cup qualifying campaign.

The USMNT needs all the help it can get to reach the 2022 World Cup. Berhalter needs to do everything he can to keep Dest in the USMNT setup.