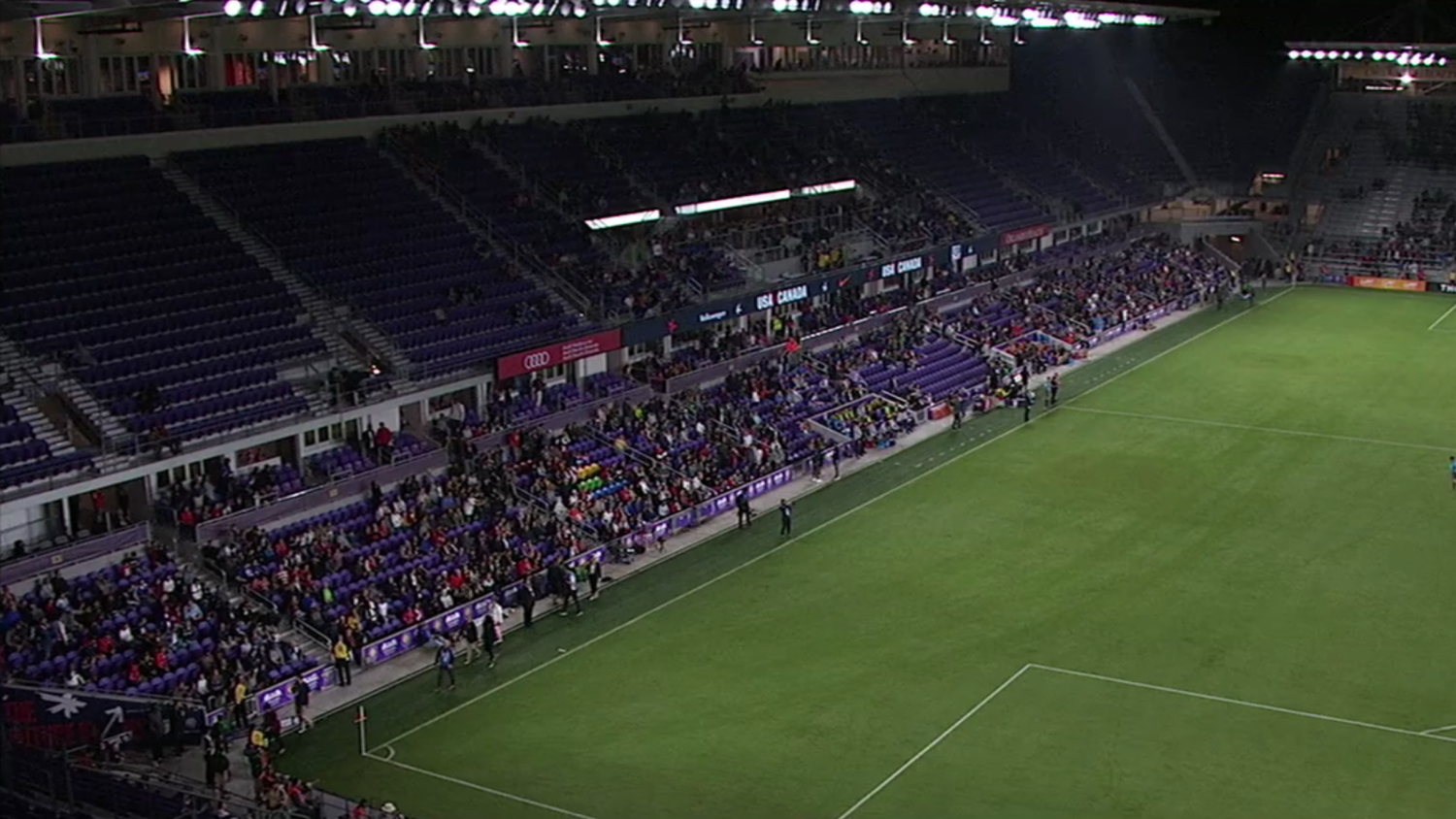 The U.S. got off to a good start against Canada, but not many people saw it in person.
Screenshot: ESPN2

It was a must-win match against a neighboring rival, one that had just thwomped the Americans a month earlier. And it kicked off with a half-empty stadium — and that’s being generous. The USMNT vs Canada attendance was shockingly sparse on Friday night in Orlando, Florida.

Last month, Canada beat the U.S. 2-0 in the Concacaf Nations League, making Friday’s rematch a big one for the future of the team and coach Gregg Berhalter. But if there were ever any indication as to how Americans feel about their men’s soccer team right now, it was the scene before kickoff.

Before the match, a mere 11,000 tickets at the 25,500-seat Exploria Stadium had been sold and it didn’t appear many more had decided to attend at the last minute. 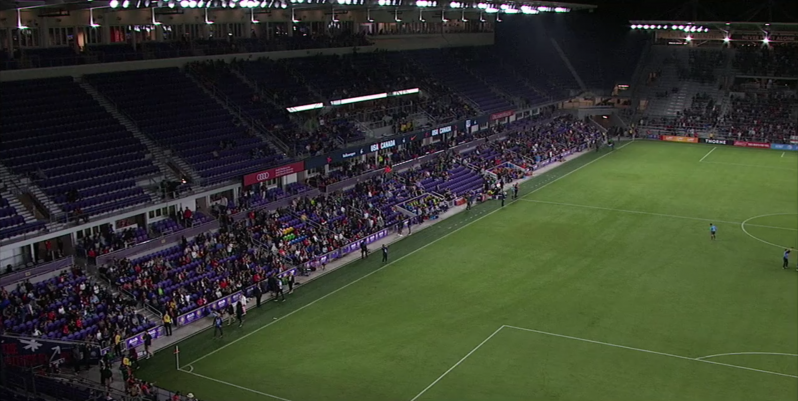 The final USMNT vs Canada attendance number was slightly better at 13,103 but was the second-worst of 2019.

It’s a troubling trend for the USMNT since failing to qualify for the 2018 World Cup. Aside from two games against Mexico, the Americans haven’t drawn more than 29,000 fans in all 14 home match in 2019, including the Gold Cup. This includes an abysmal 9,040 at the cavernous 63,000 State Farm Stadium in Glendale, Arizona, for a friendly against Panama to start the year.

Meanwhile, the USWNT has averaged 29,000 fans over seven matches since returning home from the Women’s World Cup.

It’s obvious U.S. soccer fans are proud of their women’s team and frustrated at the lack of progress in the men’s team since 2017.

Despite the miserable USMNT vs Canada attendance, the USMNT got off to a great start against Canada, which came in with plenty of bluster and bravado.

Jordan Morris, fresh off winning the MLS Cup with Seattle on Sunday, was left wide open for an early, albeit ugly, goal off a corner kick in the second minute.

Morris and Gyasi Zardes were among the inclusions that drew raised eyebrows before kickoff, but the two linked up for a second U.S. goal in the 23rd minute.

The U.S. caught Alphonso Davies, Canada’s best attacker who started at left back, as he’s been doing with Bayern Munich, too far up field with a quick counterattack. Morris turned Paul Arriola’s switch back across to find Zardes’ head to make it 2-0.

It was 3-0 in the 34th minute when Tim Ream, who captained the side Friday, lobbed a free kick into the box for Aaron Long to head home.

He rises high and nods it HOME!

Watch as @A_Lolo12 sends the #USMNT into halftime with a 3-0 lead. pic.twitter.com/XdG6JkAKkk

At this point U.S. fans everywhere wondered where the hell this team was a month ago in the 2-0 loss in Toronto.

The U.S., in front of a half-empty stadium, led 3-0 at halftime, a result that will take a little heat off Berhalter, who has yet to really show whether or not he’s the right man for the job.

The match finished 4-1 in favor of the Americans, who now can win the Concacaf Nations League group with a win over Cuba on Tuesday in the Cayman Islands. Zardes scored in the 89th, proving once again he is not quite as bad as everyone thinks.