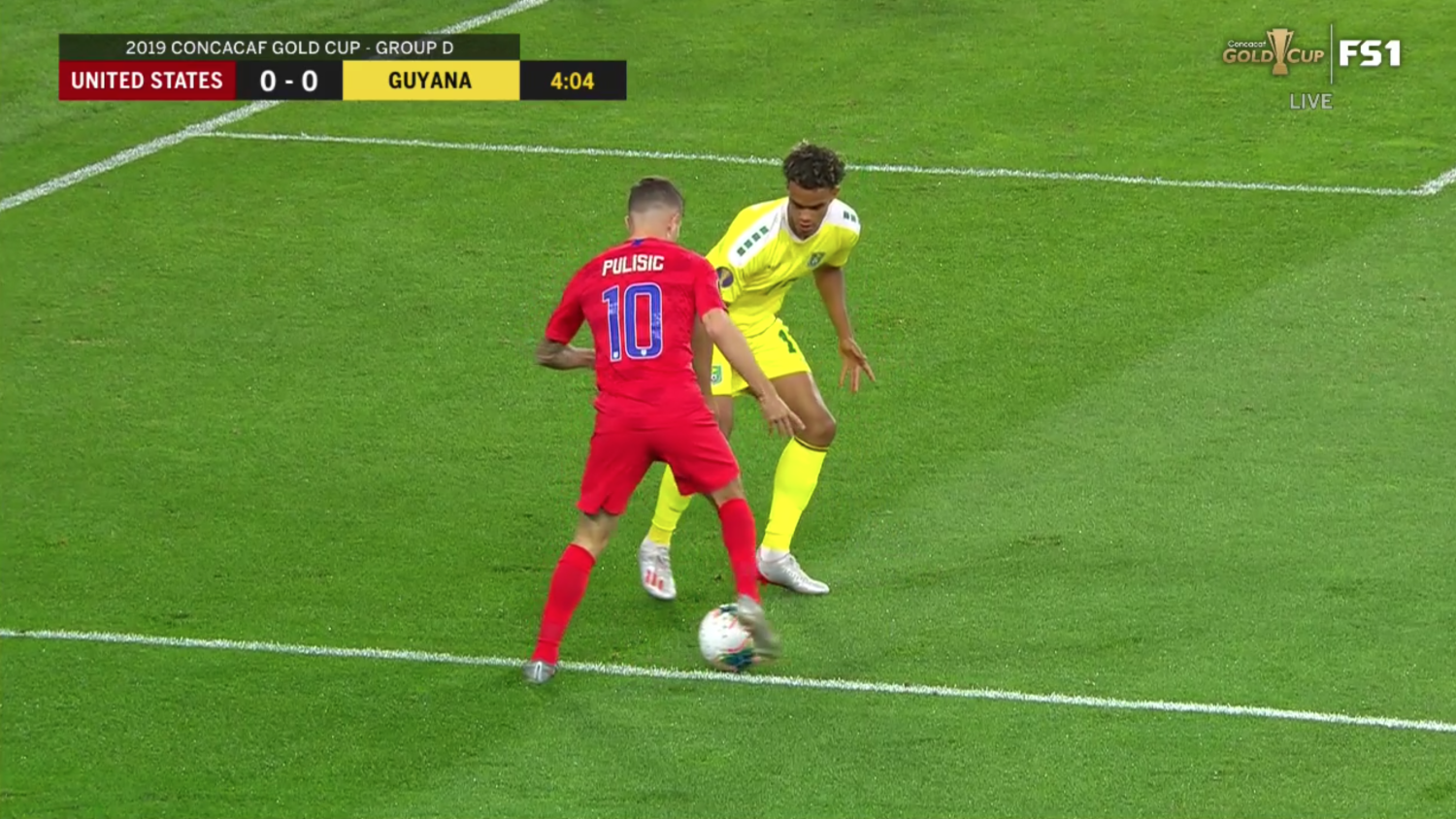 The USMNT played its first meaningful match since 2017 and Pulisic was ready.
Screenshot: FS1

Just like the USWNT in the Women’s World Cup, the USMNT had to wait a long time to kick off the Gold Cup as the final team to kick off its campaign.

Pulisic pulled off a filthy elastico to set up an early chance for the U.S. in its Group D opener against Guyana on Tuesday night at Allianz Field in Saint Paul, Minnesota.

Starting just after 9 p.m. local time, the U.S. was actually pinned back a bit in the opening minutes against Guyana, ranked 177th in the world. Eventually, the Americans settled into the game and Pulisic provided the spark in the fourth minute.

On the left wing right on the edge of the 18-yard box, Pulisic went Ronaldinho on Guyana center back Terence Vancouten.

Not bad for an American pic.twitter.com/b8OK1pnm5D

The ensuing cross didn’t result in a goal, but who fucking cares, an American just used an elastico in a Concacaf competition, even if it was against a team from a country that’s from neither North America, Central America or the Caribbean.

We should really just end the Gold Cup now. It’s not going to get any better for the USMNT than a Pulisic elastico.

The U.S. took the lead in the 28th minute through Paul Arriola with a strong finish.

The match was the first meaningful competition since the U.S. lost to Trinidad and Tobago in Oct. 2017 to complete the failed World Cup qualifying campaign.

The U.S. won 4-0 with Tyler Boyd netting twice and Gyasi Zardes scoring accidentally when the ball ricocheted off his face and into the back of the net.