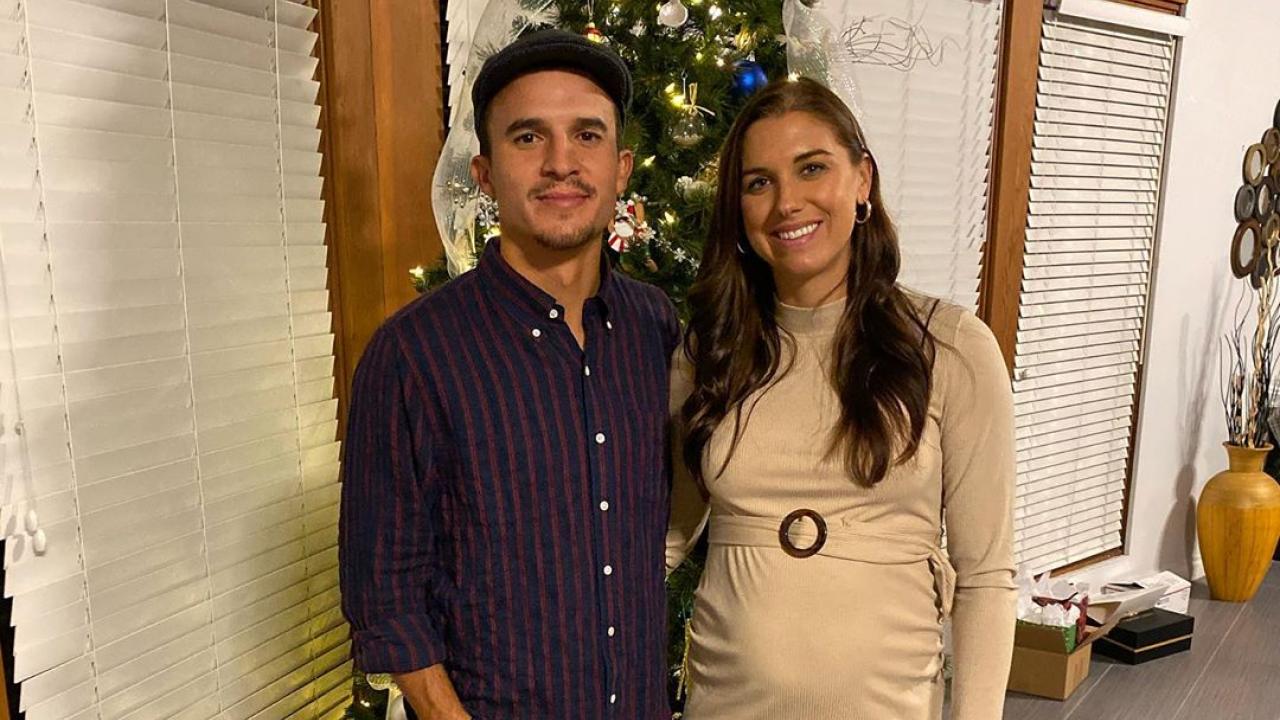 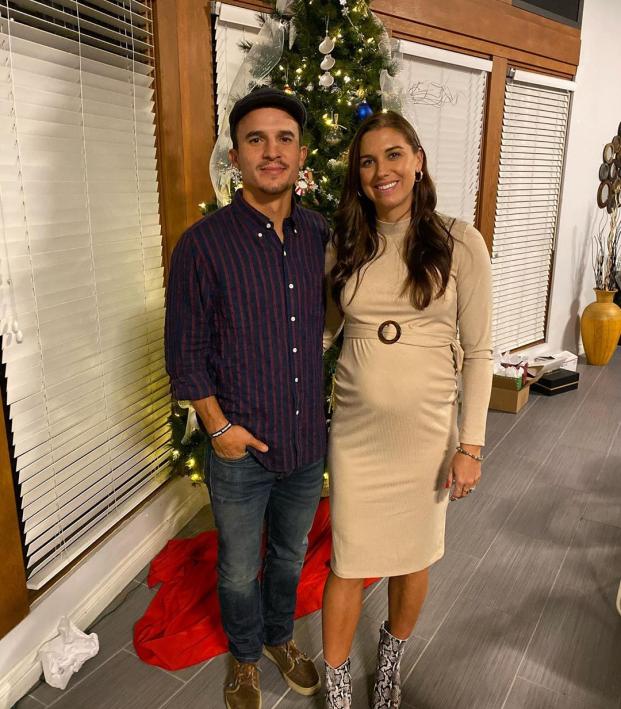 One of the most highly anticipated soccer babies in U.S. history is almost here. Alex Morgan, who has won two Women’s World Cups and an Olympic gold medal, will soon give birth to a baby with her husband, Servando Carrasco, a former LA Galaxy midfielder. So y’all want to see some Alex Morgan pregnancy photos?

Morgan announced she was expecting in October, setting an April 2020 due date. Since then, she’s been seen relaxing on the beach, playing Scrabble for money and even practicing with her USWNT teammates .

So we’ve compiled some Alex Morgan pregnancy photos to provide a timeline of her growing baby bump.

Alex Morgan helped the USWNT win its fourth overall and second straight Women’s World Cup in July. The following two months included a whirlwind tour of appearances and award shows, including the ESPYs, VMAs and the Teen Choice Awards, where she was praised by none other than Taylor Swift. Morgan was also honored at the FIFA Best awards.

Re-living our teens for a day while at #teenchoiceawards #meow

World XI Thank you @fifpro_official for this award! #TheBest #fifafootballawards

Despite all of the travel, appearances and even some playing time with her NWSL club the Orlando Pride, Morgan still found time to become pregnant. She made her announcement to the world in October.

After the announcement, Morgan didn’t slow down, continuing to make appearances at the InStyle Awards and People’s Choice Awards as she started to show a little.

So in love with my custom @sachinandbabi from the #instyleawards. We also took home some more hardware, the Badass Women Award— the best one but I may be biased! One of my fave awards, thank you @laurabrown99 and @instylemagazine!

Morgan and Carrasco then had some time after the NWSL and MLS seasons to go on vacation, which Morgan seemed to fully embrace.

They say get your sleep now, you’ll need it. This is the type of advice I’ll listen to.

So much thanks to give. Happy thanksgiving!

By Christmas, Morgan was quite visibly pregnant.

But that didn’t stop her from attending the wedding of the century between USWNT teammates Ali Krieger and Ashlyn Harris.

Even as Morgan’s belly grew, she remained committed to staying in shape and maintaining her touch and that superb shot of hers.

She trained as much as her doctors allowed, both with and without her teammates.

She’s still got it

Of course, Morgan stayed inside plenty too, resting up and playing some Scrabble GO because the game paid her to do some ads for it with Megan Rapinoe. Bizarrely, Morgan took a Scrabble class at Cal, which I didn’t know was a thing. I’m just glad she’s not playing that trash game Words With Friends.

Taking on @mPinoe in @ScrabbleGO Battle of the Boards and raising money for charity! Check out @ScrabbleGO to see the leaderboard and keep track of who’s winning. #ScrabbleGoPartner #ItsYourMove Come play with us by downloading the game here: https://t.co/qLGTMOgcpx pic.twitter.com/tYwLHEu8KZ

More recently, before everyone was forced to self-isolate to curb the spread of COVID-19, Morgan took to the beach to pose with family, friends and for Glamour Magazine.

This is who I lean on. We might be(most definitely are) strong-willed, loud, and sometimes just too much, and I wouldn’t want it any other way. Happy international women’s day!

STRONG MAMA: We are loving this editorial spread of @alexmorgan13 in the new issue of @glamourmag! The 30 year old World Cup champion covers the issue showing off her growing baby bump in a series of gorgeous beach photos.  Swoon.... #basqinthemoment #WCW #BumpDay

.@alexmorgan13 didn’t plan for an Olympic postponement or the reality of giving birth in the midst of a global pandemic. But she’s already looking to the next goal. https://t.co/o381B9fqOu pic.twitter.com/iUd66qoX8q

Even nine months pregnant, Morgan’s form is impeccable. I’d love to see Cristiano Ronaldo try to hit a volley like that with a baby inside him.

In case you can’t remember what Morgan looked like before her pregnancy, here’s a reminder.

Take me back to that body jk I love pregnancy  https://t.co/UeKRSQP1gh

Alex Morgan’s baby is due at some point in April. We wish her and her husband all the best, knowing that a pandemic isn’t the most ideal of times to give birth.