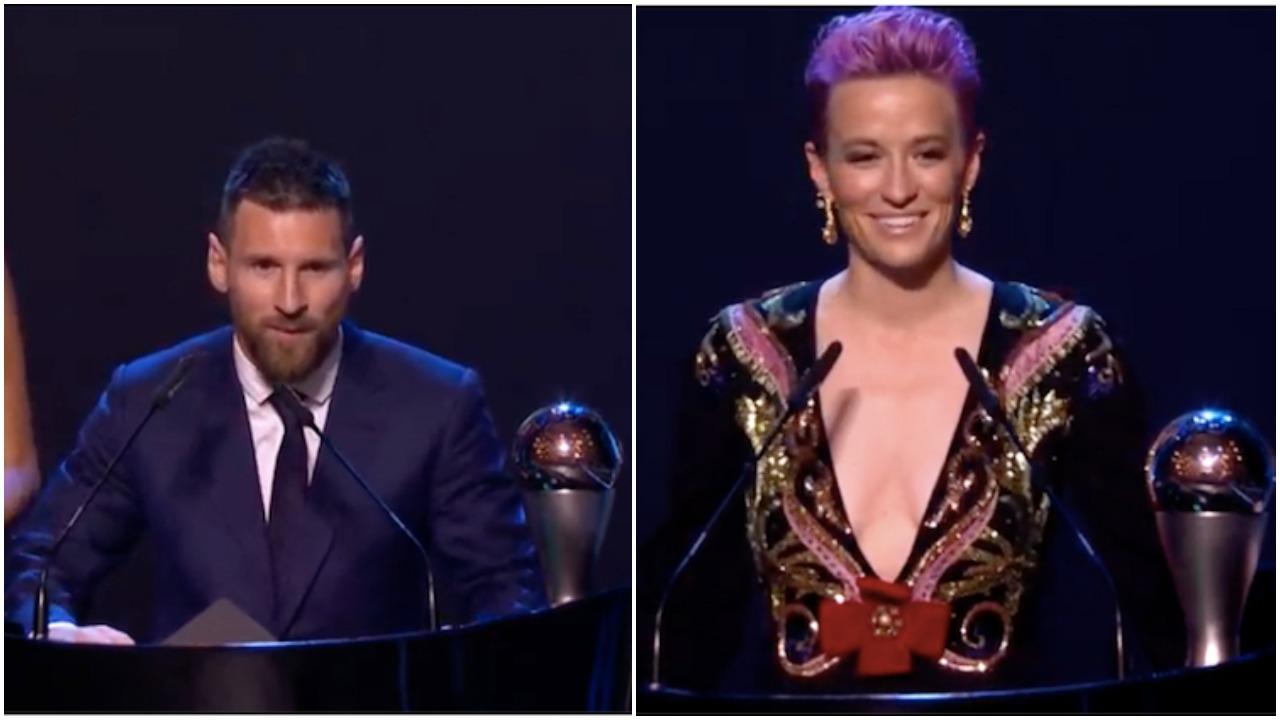 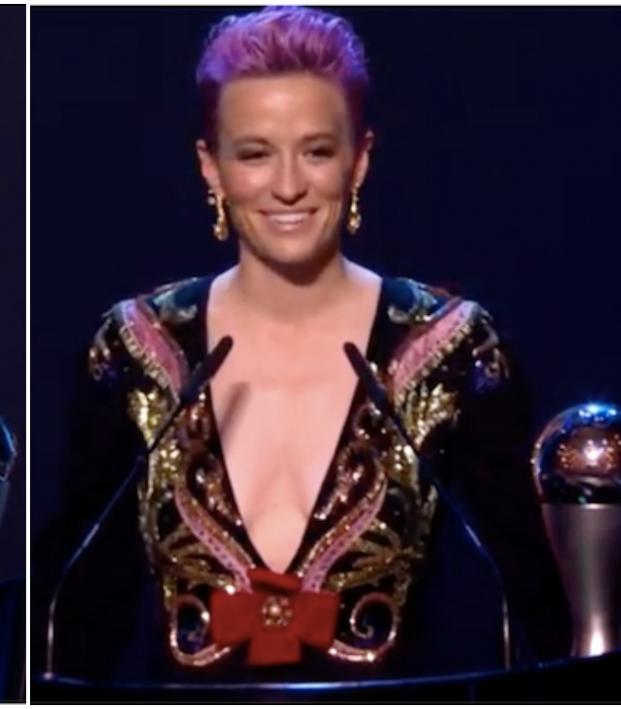 Connor Fleming September 23, 2019
You're the best! Around! Nothing's gonna ever keep you down!

The Best FIFA Football Awards 2019 went down in Milan today, and you can rest assured that The18 tried its best to watch on YouTube, but good lord, this stuff is mostly unwatchable. It's remarkably drawn out, full of self-aggrandizing nonsense from FIFA and the forced banter between hosts Ilaria D'Amico, Ruud Gullit and the guests makes you search for the mute button while your skin crawls.

But other than that it's pretty good!

Let’s go to the green carpet for some select photos before the ceremony. Here’s Alex Morgan and Megan Rapinoe looking fly.

The first prize handed out was the Puskás Award, given to the goal of the year. The goal was scored in Hungary’s top division by Dániel Zsóri of Debrecen. It beat out a shortlist that included a Messi goal, so fanboys were not pleased with the start of the whole thing.

The second award was the FIFA Men’s Coach 2019. It went to Liverpool’s Jürgen Klopp, who beat out EPL rivals Pep Guardiola and Mauricio Pochettino after guiding the Reds to their sixth European crown.

Next, the FIFA Fan Award 2019. This went to Palmeiras supporter Silvia Grecco, who brings her blind son Nikollas to every match and narrates the action for him.

The FIFA Women’s Goalkeeper 2019 went to Sari van Veenendaal, who helped the Netherlands reach the Women’s World Cup final while being awarded the tournament’s Gold Glove.

The FIFA Fair Play Award then went to Marcelo Bielsa and Leeds United. The moment that won it is when Bielsa ordered his side to concede a goal to Aston Villa after Leeds had scored the opener while a Villa player lay injured. With both teams fighting for promotion to the Premier League at the time, it was a courageous decision from the manager.

Then we had the first-ever FIFA FIFPro World11 for women’s football, which was comprised of Van Veenendaal in goal, Lucy Bronze, Wendie Renard, Kelley O’Hara and Nilla Fischer in defense, Julie Ertz, Amandine Henry and Rose Lavelle in midfield and Megan Rapinoe, Alex Morgan and Marta in attack. I have all the respect in the world for Marta, but I’m really curious as to when FIFA’s going to stop including her in every single women's award for no real reason other than lifetime achievement.

@FIFPro together with @FIFAcom proudly presents the Women’s #World11 of 2019!

As expected, Alisson beat out Ederson and Marc-André ter Stegen for The Best FIFA Men’s Goalkeeper after winning both the Champions League and Copa América.

Jill Ellis then picked up her final accolade as USWNT boss, scooping up her second FIFA World Women’s Coach of the Year after winning it back in 2015.

We then had the FIFA FIFPro Men's World11, which was . . . interesting. After an awful season that included three different managers, a third-place finish in LaLiga and a capitulation in the UCL Round of 16, Real Madrid dominated the lineup with Sergio Ramos, Marcelo and Luka Modric.

@FIFPro together with @FIFAcom proudly presents the Men’s #World11 of 2019!

The big moment: Could Virgil van Dijk lift The Best Men’s Player 2019 for all the defenders out there? No.

Messi got his record sixth FIFA Player of the Year award (one more than Cristiano Ronaldo!) after scoring 51 goals in 50 appearances across all competitions for Barcelona. Don’t mention the Copa América.