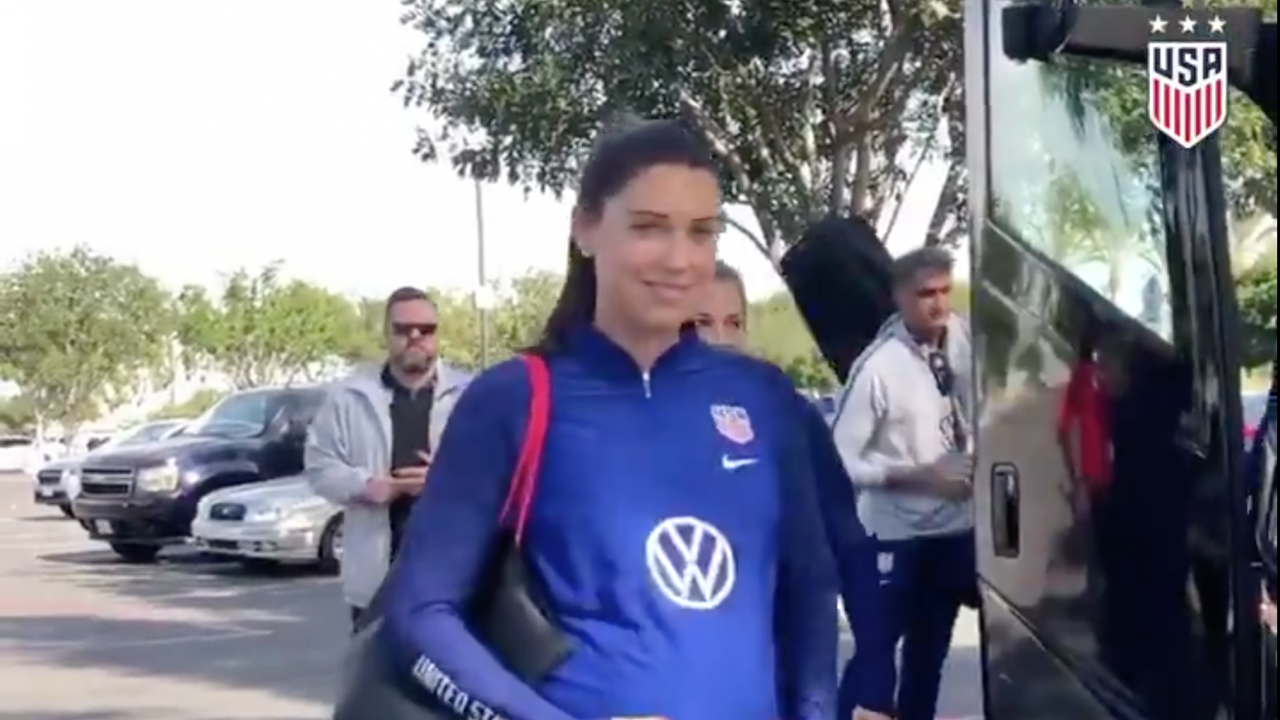 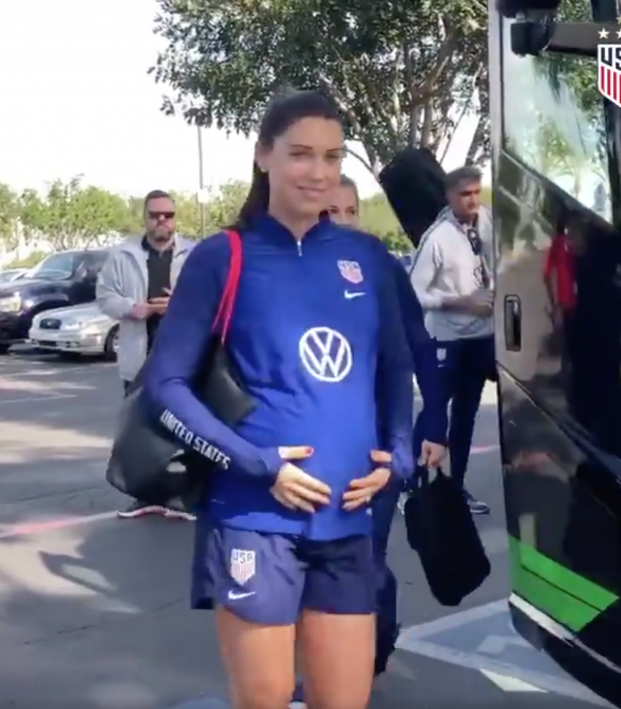 Alex Morgan, 7 Months Pregnant, Is Still Training, Banging In Shots Like A Champ

Alex Morgan is expecting a baby in two months, but that hasn’t kept her off the pitch. Recent videos of Alex Morgan training pregnant show the USWNT star is still better than you’ll ever be, even as she carries a child inside her.

Morgan, who is expecting her first child with MLS free agent midfielder Servando Carrasco in April, was filmed training in a “USA LFG” sweatshirt on Monday. While she admitted her passing wasn’t as sharp as it should be, her shooting was everything you'd expect from a player with 107 international goals.

I can barely walk to the couch with a belly full of nachos, so I’m impressed with Morgan’s abilities and agility while seven months pregnant.

Apparently the USWNT is impressed as well, as Morgan was invited to join the team for training in Los Angeles. Morgan could be seen getting off the bus with her teammates for training on Wednesday, with Kelley O’Hara excitedly pointing to her buddy.

We don’t know how much training Alex Morgan actually did with the team, but we presume it was all cleared by medical doctors, so don’t @ us with dumb stuff about how she’s gonna hurt the baby.

The USWNT is in the middle of Olympic qualifying, with a match on Friday night against Mexico to determine which of the two advances to the Tokyo Olympics this summer. Canada and Costa Rica play in the other semifinal match Friday to determine the other Concacaf qualifier. (There’s a mostly meaningless final on Sunday for bragging rights.)

While Morgan won’t take part in the qualifiers, she has said she hopes to be back and ready for the Olympics, which begin July 22. With an April due date, she’ll be cutting it close. Morgan’s Orlando Pride teammate Sydney Leroux returned to the pitch three months and one day after giving birth to her second child in 2019.

Whether or not Morgan plays in the Olympics, the USWNT is doing just fine without her in Concacaf qualifying. The U.S. outscored its three group-stage opponents 18-0, with midfielder Lindsey Horan leading all American scorers with five goals followed by Christen Press with four, including this beauty.