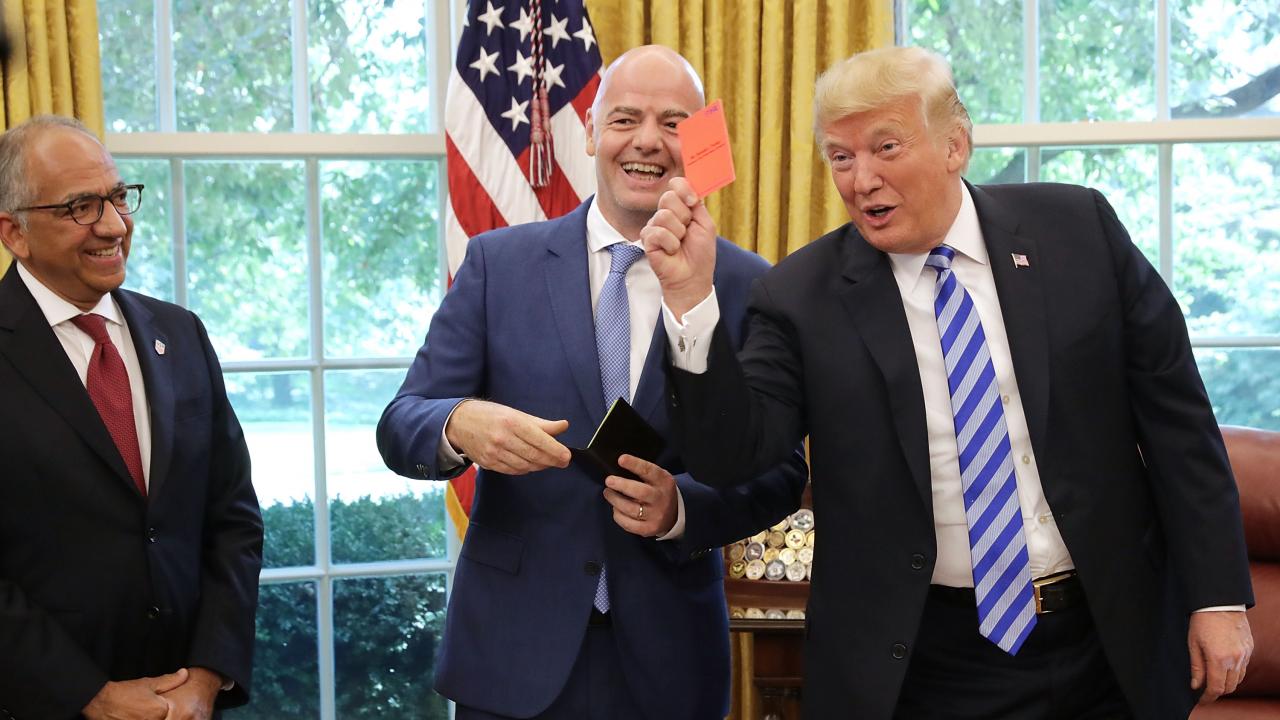 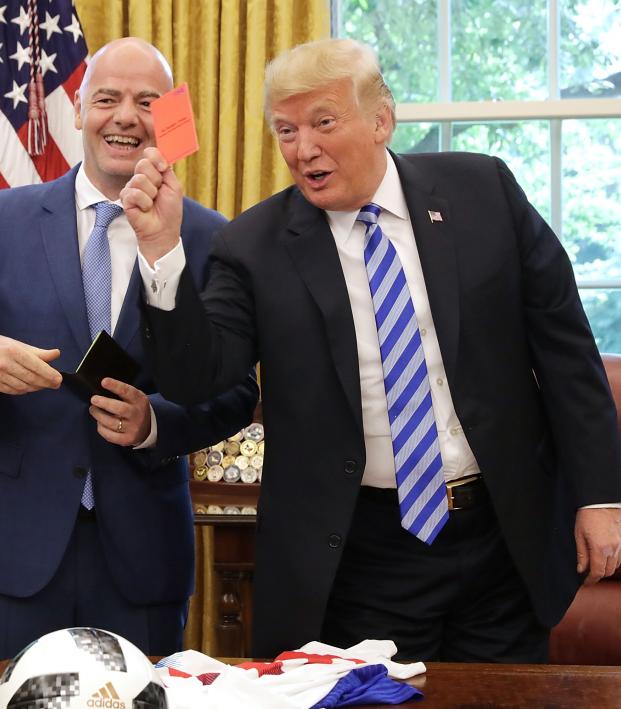 Travis Yoesting August 5, 2021
The former President explains why the USWNT failed to win gold at the 2020 Olympics.

Donald Trump has a theory on why the USWNT failed to win a gold medal at the 2020 Olympics. His team sent a statement out criticizing the U.S. women for winning the bronze medal after beating Australia in a highly entertaining 4-3 third-place match on Thursday.

Trump, who has been banned from most social media platforms, suggested the USWNT would have won gold if they hadn’t been so damn woke.

"If our soccer team, headed by a radical group of Leftist Maniacs, wasn’t woke, they would have won the Gold Medal instead of the Bronze." pic.twitter.com/GzORCY2B8I

“If our soccer team, headed by a radical group of Leftist Maniacs, wasn’t woke, they would have won the Gold Medal instead of Bronze,” the statement read. “Woke means you lose, everything that is woke goes bad, and our soccer team certainly has. There were, however, a few Patriots standing. Unfortunately, they need more than that respecting our Country and National Anthem. They should replace the wokesters with Patriots and start winning again. The woman with purple hair played terribly and spends too much time thinking about Radical Left politics and not doing her job!”

(You know this was Trump’s language because he loves to capitalize nouns like he’s speaking German.)

So there you have it. The USWNT lost because too many players were more interested in human rights activism than soccer. It wasn’t because the roster was too old or they just got beat by better teams, it was because of off-the-field issues.

What do you folks think? Is Trump right? Does he have a point? Does fighting for equality make you a worse footballer?

Looking at the actual results from these Olympics, the argument doesn’t really hold much water.

For starters, USWNT players didn’t kneel for the national anthem during the Olympics, as Trump suggested. Players took a knee before kickoff of each match — often with the other team and the referees — to support the fight for racial equality and justice but did nothing that might be considered anti-American. Americans have been fighting for fair treatment since the American Revolutionary War.

Trump called out Rapinoe for playing terribly despite the fact she had two goals in the bronze-medal match. Carli Lloyd also scored two goals after refusing to kneel with her teammates before the match. Based on that data set, political leanings have no bearing on match performance. Both players were pretty bad in the first five matches but showed up in what could be the final USWNT appearances of their respective careers.

A lot of USWNT haters would love to say the reason the team failed to win gold was because of the players’ politics. Many of our readers certainly seem to want that to be the case, but there’s little supporting that thought other than the desire for schadenfreude.

The clearest evidence against wokeness ruining a team’s ability on the pitch is that the two teams fighting for gold on Friday have been just as outspoken about human rights as the USWNT. Canada, which beat the U.S. in the semifinals, has spent the entire Olympics publicly supporting Quinn, the first openly transgender Olympian. Sweden, the favorite to win gold, took a knee with the USWNT before beating the Americans 3-0.

As Johan Cruyff once said, “In Spain all 22 players make the sign of the cross before a game. If it worked, every game would end in a tie.” If every team is political, why doesn’t every game end in a tie?

We could make so many jokes about a man who lost the popular vote in his only two elections criticizing a team for winning a bronze medal at the Olympics, but it’s probably best for the country to just move on from this former president. I feel a little guilty just publicizing Trump’s comments, but apparently I love hate mail, so here we are.

The USWNT won bronze at the Olympics, which is a big improvement after failing to reach the podium at the last Games in Rio. While the Americans are so good they’re expected to win every tournament they play in, you can’t win them all — and it would be awfully boring if they did. And it would be awfully boring if Trump shut his mouth once in a while.