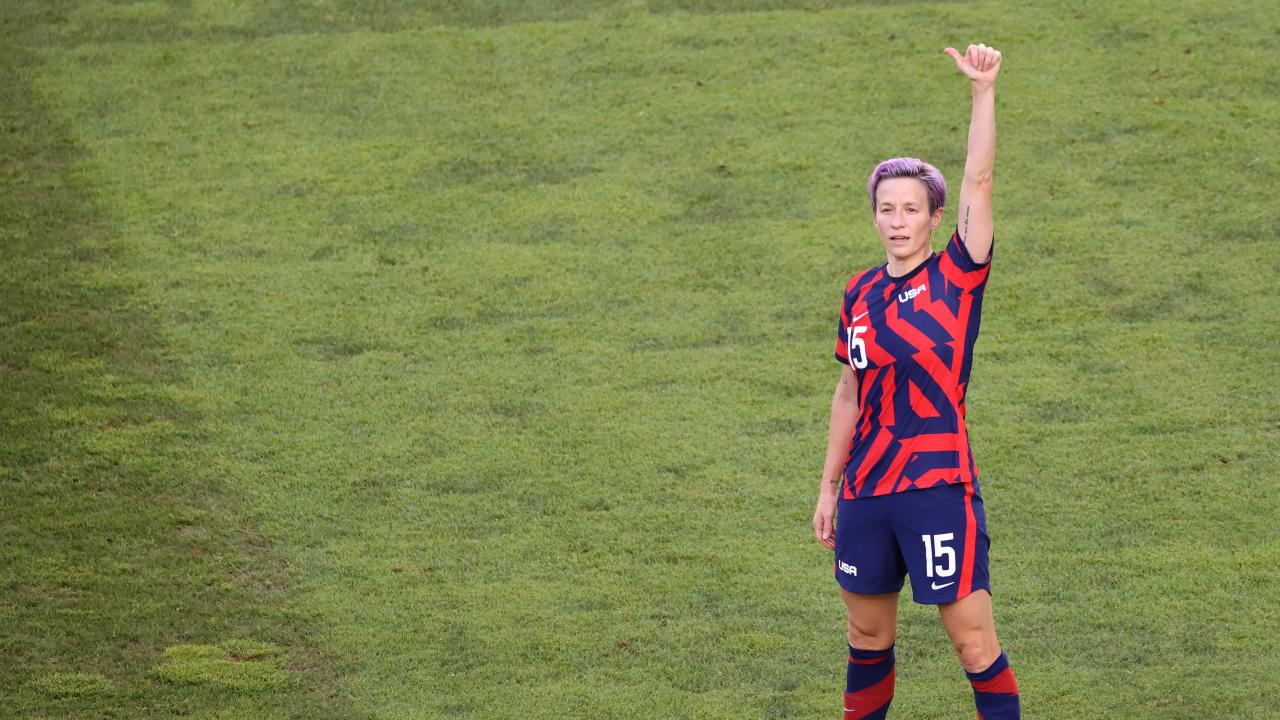 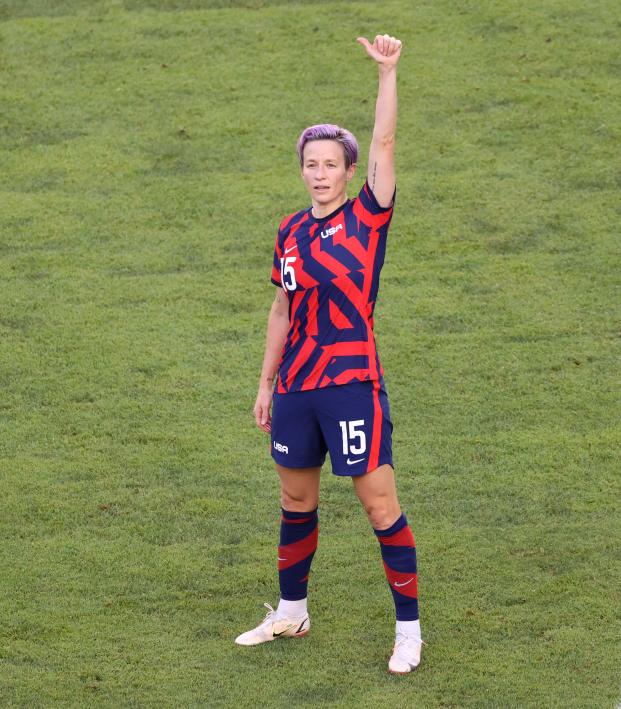 Well now, that was a little closer to the USWNT Americans were hoping to see all tournament. A shame it only showed up in the bronze-medal match.

After a lethargic tournament, including a stunning defeat to Canada in the semifinals, the U.S. finally played like the team that won the Women’s World Cup two years ago, beating Australia 4-3 to win Olympic bronze on Thursday in Kashima, Japan. It was Team USA’s first bronze medal in women’s soccer after four golds and a silver. (The U.S. men have silver and bronze medals in soccer, both coming in 1904.)

Headed home with a medal! Proud of our fight, proud of our response. @TeamUSA | #Tokyo2020 pic.twitter.com/SvbUx3VfT9

Megan Rapinoe scored twice in the first half, including an incredible Olimpico. Carli Lloyd, who refused to take a knee with her teammates before the match, also scored twice in what could be her final USWNT game. The goals from two of the older players on the team countered my previous argument that the USWNT was too old in Japan , though they still didn’t show up when it mattered most.

In the five matches prior, the U.S. struggled to find any sort of rhythm in Japan. The team has been a shadow of its 2019 form both offensively and defensively. The forwards have been unable to stay onside, the defense was mistake prone and the midfield lacked energy.

The result was an embarrassing 3-0 defeat to Sweden to open the Olympics and reached a nadir with the 1-0 loss in the semifinals to Canada, a team the USWNT has beaten more than anybody else and hadn’t lost to in decades.

But on Thursday, the USWNT actually looked at times like the USWNT that is the reigning two-time Women’s World Cup champion.

The Matildas, meanwhile, will rue the missed opportunity for a first medal in women’s soccer at the Olympics, which would have been a massive boost for the Australia heading into the next Women’s World Cup in 2023, which it will co-host with New Zealand.

The success came early and often for the U.S. Aside from a 6-1 win over New Zealand, the USWNT had managed just two goals coming in, having been shut out three times. That was not the case against Australia, with Rapinoe scoring an amazing Olimpico — a goal straight off a corner kick — to open the scoring in the eighth minute.

Amazingly, this wasn’t Rapinoe’s first Olimpico at the Olympics. Back in 2012 she scored one against Canada in an unforgettable semifinal. Here’s one more angle of the goal.

The lead was short-lived, however, as Sam Kerr equalized in the 17th minute.

Caitlin Foord happily intercepted an appalling pass from Tierna Davidson, who was slow in recognizing Kerr’s run as the Chelsea star burst into the box and finished strongly past Adrianna Franch.

Just as the U.S. gifted Australia a goal, so too did the Matildas gift the Americans a goal.

Moments after the equalizer, Rapinoe fired the USWNT back into the lead when a failed clearance popped up perfectly for her to smash home. While the ball fell to her nicely, Rapinoe still had a lot to do to keep the vicious volley on target.

Lloyd then made it 3-1 right before halftime after Lindsey Horan muscled her way to an excellent assist.

Lloyd wasn’t done. Six minutes into the second half, she doubled her tally, the U.S. again taking advantage of some defensive miscues from Australia. The goal gave Lloyd 10 goals in her Olympics career, passing Abby Wambach for most all time by an American.

Lloyd, 39, isn’t likely to play for the U.S. again, at least not in meaningful competition. But for 80 minutes on Thursday showed she’s still one of the best players in the world.

Just when it looked like the U.S. might run away with the match, Australia battled back. Foord added to her assist with her first goal of the Games.

Emily Gielnik made it 4-3 in the 90th minute with a driving run and gorgeous long-range strike.

Eventually, after more than six minutes of stoppage time (of which just four were allotted), the final whistle blew and the USWNT won its first-ever bronze medal. It wasn’t a great tournament, but it was still a place on the podium for Team USA.

The gold-medal match between Sweden and Canada will kick off at 10 p.m. ET on Thursday.