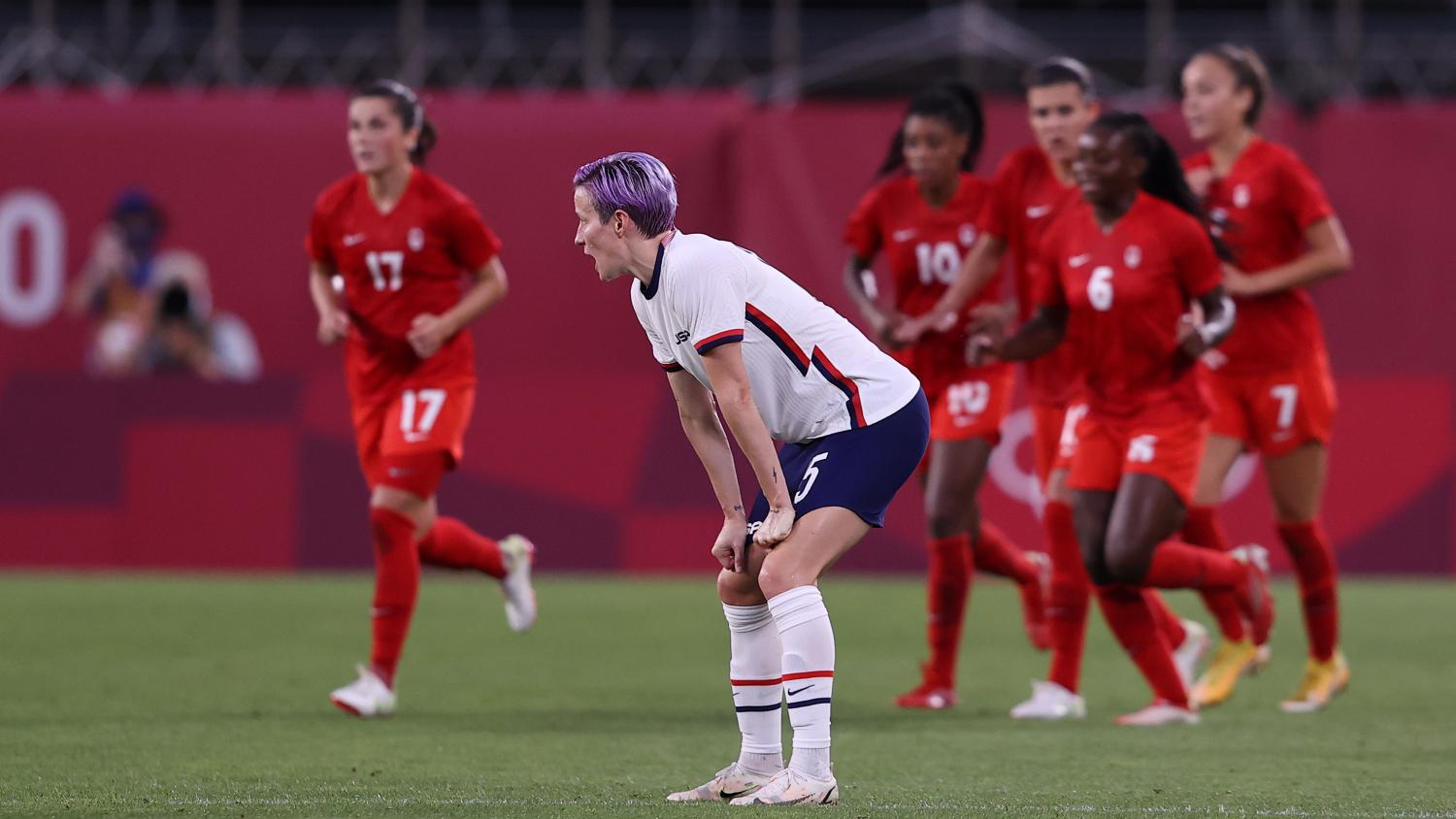 The USWNT’s quest to become the first nation to capture gold after winning the World Cup is over following a disastrous 1-0 defeat to Canada at Kashima Stadium on Monday morning.

The U.S. controlled 60% possession and outshot its opponent 13 to three, but it was another largely disjointed performance that all came undone after Canada’s Jessie Fleming converted the game-winner from the spot in the 74th minute.

Coming off that emotionally supercharged quarterfinal victory over the Netherlands that seemingly heralded a return to form, the U.S. looked impossibly hungover in the opening 45 minutes. They failed to trouble Stephanie Labbe’s goal, and it really didn’t matter who took possession in Canada’s half — they all lost it quickly.

To make things worse, Alyssa Naeher was forced off in the 30th minute with an apparent ankle injury and replaced by Adrianna Franch. But Canada couldn’t test her in the opening 45 either; Nichelle Prince and Desiree Scott played some threatening stuff, but we needed a lot more from both teams.

Vlatko Andonovski switched up the front three at halftime by bringing on Carli Lloyd, Megan Rapinoe and Christen Press, and the U.S. started the second half with a hugely improved show of intent.

The Americans put three on frame and the opening goal simply looked a matter of time. It eventually did arrive in the 74th minute, but it arrived for Canada.

Completely against the run of play, Tierna Davidson put a challenge in on Deanne Rose that the VAR brought the referee over to take a look at. It was one of those challenges where Davidson was attempting to clear the ball, but Rose got in front of the defender and took the whack instead.

That was a sucker punch that the USWNT couldn’t recover from, although Lloyd came closest when hitting the crossbar.

Megan Rapinoe said it best after the match: “I don’t think I’ve ever lost to Canada.”

In the history of the program, the USWNT hasn’t beaten or scored more against any opponent than Canada. The Canadians were a +380 underdog. They hadn't beaten the U.S. in 20 years. In recent times, the USWNT shutout its rival at the SheBelieves Cup (1-0) and in the final of the Olympic Qualifying Championship (3-0).

So the bronze matchup is a massive disappointment, but the likes of Carli Lloyd, Becky Sauerbrunn, Megan Rapinoe, Tobin Heath, Kelley O’Hara, Christen Press and Alex Morgan (as well as Andonovski) will be desperate for a medal with the future uncertain.