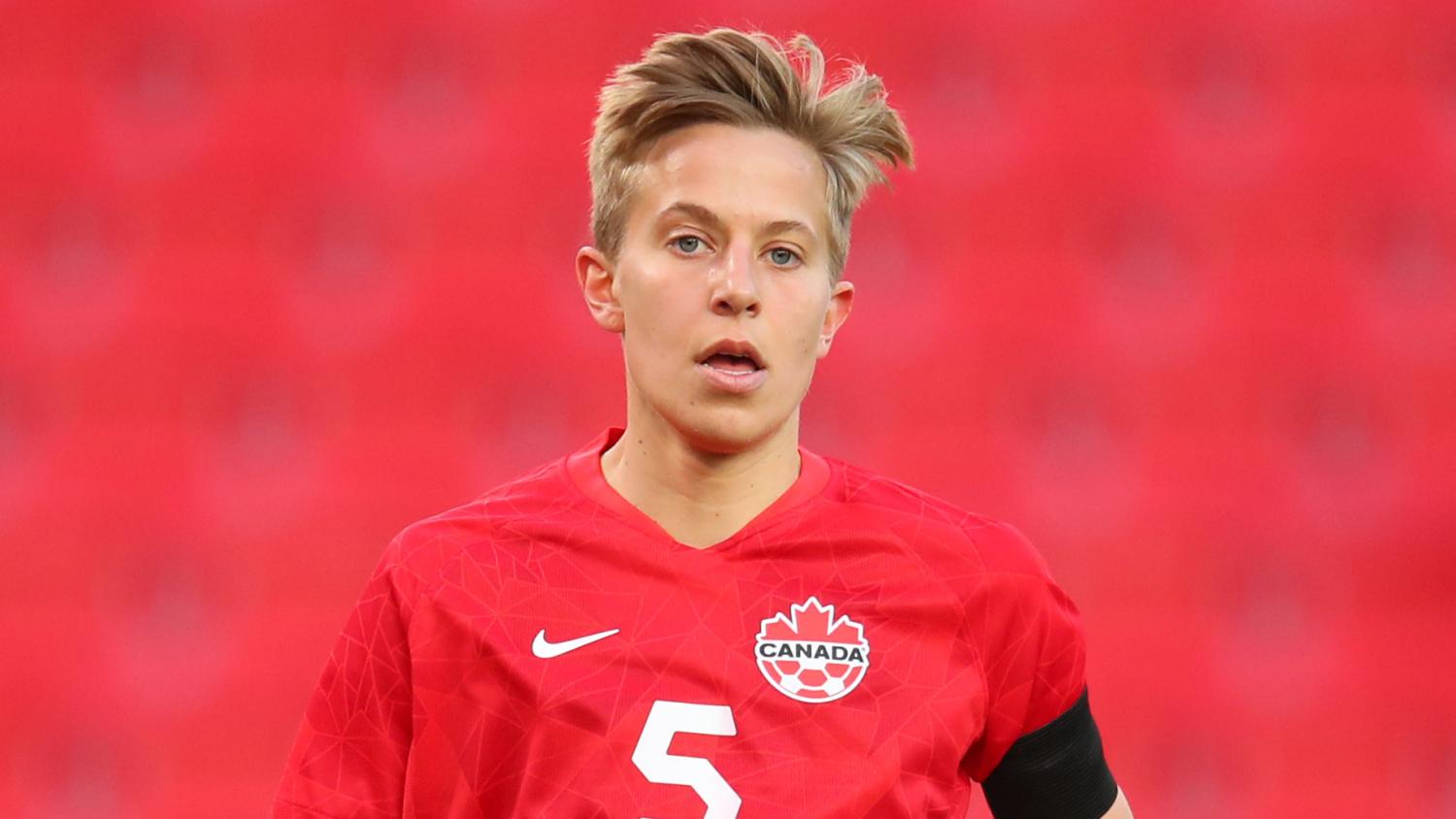 How has it taken this long?
Getty Images

OL Reign and Canada midfielder Quinn made history on Wednesday, becoming the first openly transgender athlete to compete in the Olympics. Their comments afterword highlighted both the pride of being the first and the disappointment of the realities trans women face in sports around the world.

Quinn started and played 73 minutes of a 1-1 draw with host Japan at the Sapporo Dome in Tokyo on Wednesday. Their appearance, two days before Friday’s opening ceremony, meant Quinn just beat New Zealand weightlifter Laurel Hubbard as the first openly transgender athlete competing in the Olympics. Hubbard is hoping to compete for a medal in the women’s super-heavyweight 87+kg category this summer.

After the match, Quinn took to social media to elaborate on how they felt about the historic moment.

“I feel proud seeing ‘Quinn’ up on the lineup and on my accreditation.

“I feel sad knowing there were Olympians before me unable to live their truth because of the world.

“I feel optimistic for change. Change in legislature. Changes in rules, structures, and mindsets.

“Mostly, I feel aware of the realities. Trans girls being banned from sports. Trans women facing discrimination and bias while trying to pursue their Olympic dreams. The fight isn’t close to over… and I’ll celebrate when we’re all here.”

Quinn’s post was part inspiring and part heart-wrenching. Yes, Quinn is the first, which is worth celebrating, but there have been many people who came before who, for a variety of reasons, were unable to compete as openly transgender. Quinn, who played college ball at Duke and has played professionally in Washington D.C., Paris and now Tacoma, Washington, has seen the spate of transphobic legislation flooding states around the U.S. and the world, discriminating against young people for their gender, denying them opportunities to compete in youth sports.

The International Olympic Committee only cleared the way for transgender athletes to compete as women in 2015 with strict guidelines on testosterone levels. By competing at the 2020 Olympics, Quinn will hopefully inspire others to live their truth.

Quinn played for Canada at the 2016 Olympics but didn’t come out as transgender until September 2020.

Quinn came out while playing in the NWSL, which has become a haven for LGBTQ+ players. Earlier this year, Washington Spirit Kumi Yokoyama revealed they are transgender.

“In Japan I’d always be asked if I had a boyfriend,” Yokoyama said. “But (in the United States) I’m asked if I have a boyfriend or girlfriend. When my girlfriend said there was no reason for me to stay closeted, it really hit me. Coming out wasn’t something I was enthusiastic about, but if I think about my life going forward, it would be harder to live closeted, so I found the courage to come out.”

Since coming out, announcers have struggled to use Quinn’s correct pronouns (they/them), so hopefully NBC’s announcers are better prepared.

You can watch Quinn and their Canada teammates take on Chile at 3:30 a.m. ET Saturday on Telemundo and NBCOlympics.com. (For more on how to watch Olympic soccer, click here.)