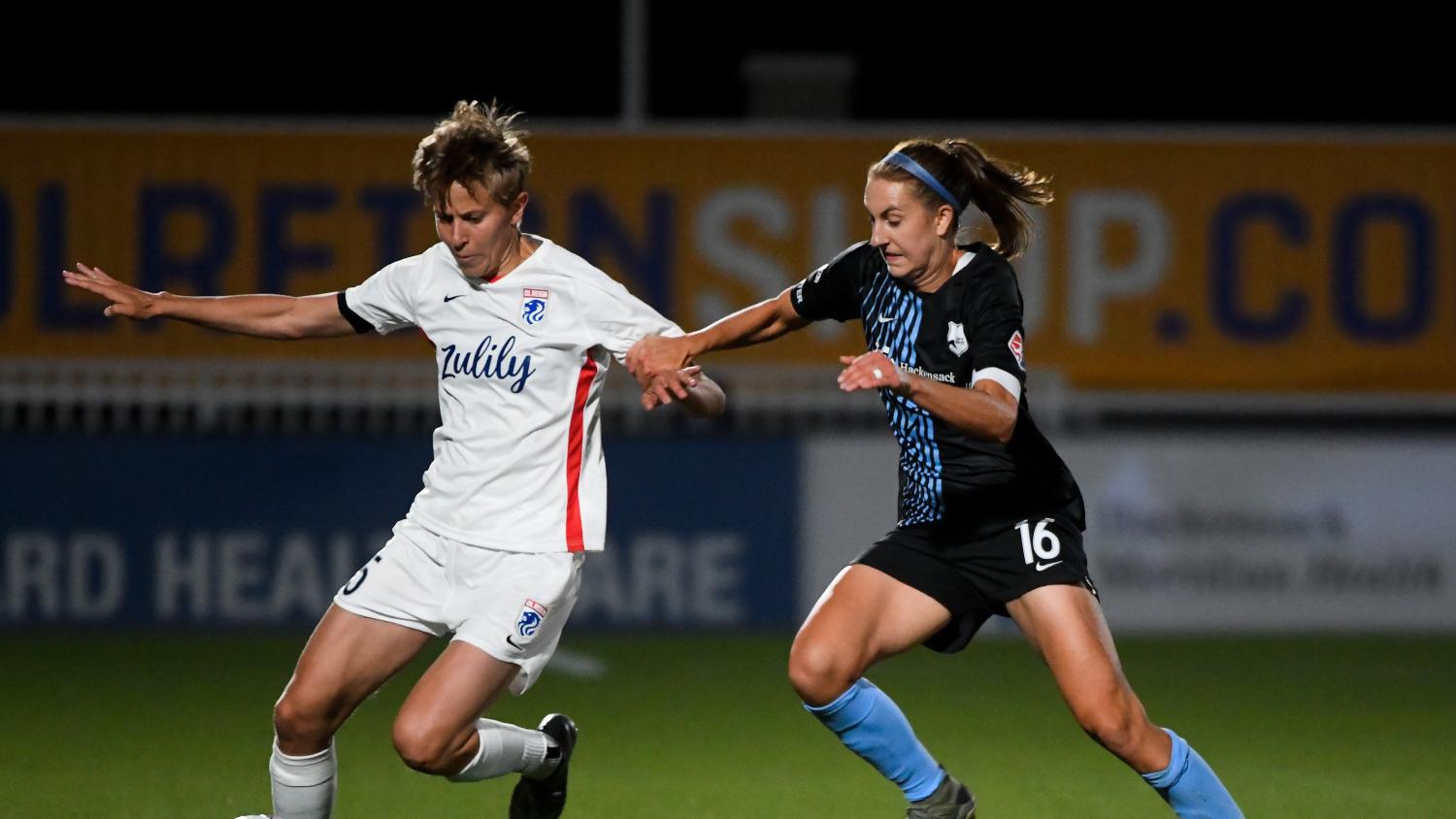 OL Reign beat the Chicago Red Stars 3-2 in one of the more entertaining NWSL Challenge Cup games of the year on Tuesday night. Tziarra King had an assist and scored the late winner, further cementing her as my second favorite NWSL player (just behind of my fellow Aggie Shea Groom).

But what stood out more than King’s heroics or Mal Pugh’s first goal since 2019 was the continued misgendering of Reign midfielder Quinn by NWSL announcers. It was made all the worse by the announcers making damn sure they used the correct surnames for recently married players.

Quinn came out as transgender and educated everyone around the #NWSL of their pronouns more than 7 months ago. If commentators can can call a player by her married last name the game after her wedding, they can use Quinn’s correct pronouns. There is no reason to misgender them. https://t.co/y9omLgl9M4

Quinn is a 25-year-old Canadian midfielder, an Olympic bronze medalist and a World Cup veteran. They came out as nonbinary and transgender more than seven months ago.

Despite Quinn’s pronouns (they/them) being made abundantly clear on the Reign website/roster, NWSL announcers are consistently — often nonchalantly — using she/her. It started in Quinn’s first NWSL match after they came out last fall and continues to this day.

Play-by-play announcer Lisa Roman misgendered Quinn early in Tuesday’s match twice in a matter of seconds after Quinn masterfully held off Julie Ertz and Vanessa Di Bernardo before being fouled.

It’s happened before and it will probably happen again, at least until the NWSL does more to educate its announcers. And it needs to stop.

Misgendering — using the wrong pronouns or honorifics — is one of the most harmful ways to dehumanize someone who is nonbinary or transgender. Whether intentional or not, it’s a constant source of anxiety on top of everything else trans and nonbinary athletes must deal with, such as being banned from youth sports by transphobic lawmakers.

“It’s just like little pinpricks, every single time I hear (the wrong pronoun),” said triathlete Rach McBride, one of the only openly nonbinary athletes in North American pro sports. “It’s like there’s just no effort given.”

What made Tuesday’s transgressions particularly painful was how well the announcers correctly used pronouns for the team names and how adamant they were to correct themselves if they accidentally called Kealia Watt or Casey Krueger, both recently married, by their maiden names. And it’s especially painful when Quinn’s identity isn’t even really acknowledged by the broadcasters, with no attempt to correct misgendered statements.

As a writer/editor with a keen eye for grammar and language, I recognize it’s not a simple task to change how we use certain words. I understand it can take an extra split second to use gender neutral pronouns, but I also understand any mental gymnastics are nothing compared to the mental anguish that comes from being misgendered. As Quinn noted in the above Instagram post, people should practice using gender neutral pronouns in the mirror or with friends.

I preemptively cringe when I hear announcers mention Quinn, knowing (though hoping they won't) misgender them

You say ohai and correct yourself but not when you misgender Quinn. Cool got it. Duly noted

@NWSL You need to do better. Having announcers consistently misgender Quinn ISN’T OKAY. They deserve better. Also teams shouldn’t be fined for promptly apologizing to a black player for racism and black players & their loved ones shouldn’t have to worry about being harassed.

Roman, to her credit, did apologize eventually on Twitter, a day later.

I am so sorry for the incorrect way I addressed Quinn last night. As soon as I realized my error I should’ve corrected myself on air. I never meant any disrespect to Quinn or anyone else. I hold myself to a higher standard.

I apologize to Quinn and to everyone. I will do better.

Adding to the frustration is that Quinn came out publicly in part to ensure more identities are represented, and yet here is their identity being consistently misrepresented.

“I wanted to make sure that my identity was represented in my workplace, and in the public sphere,” Quinn recently told Sports Illustrated. “I really wanted to be another visible person in the sports realm, especially playing at such a high level. I wanted to help others that were looking for people like themselves in sport.”

Before they made their identity public (Quinn’s teammates, coaches, friends and family already knew), they were constantly being misgendered by media. Even after coming out, the NWSL and OL Reign were slow to show support to Quinn, despite NWSL players and fans being some of the most inclusive in sports.

Both the Reign and the Canadian national team websites now prominently display each player’s pronouns, which is a step in the right direction, but we have a long way to go. (Read Britni de la Cretaz’s excellent piece for Sports Illustrated last week on Quinn, McBride and WNBA star Layshia Clarendon to see just how far we have to go.)

It was bad enough when NWSL announcers first started misgendering Quinn months ago, but the fact it’s still going on shows the league does not care enough about the issue to actually do something to fix it. And until more people put pressure on the league — and the announcers at fault — nothing will change.