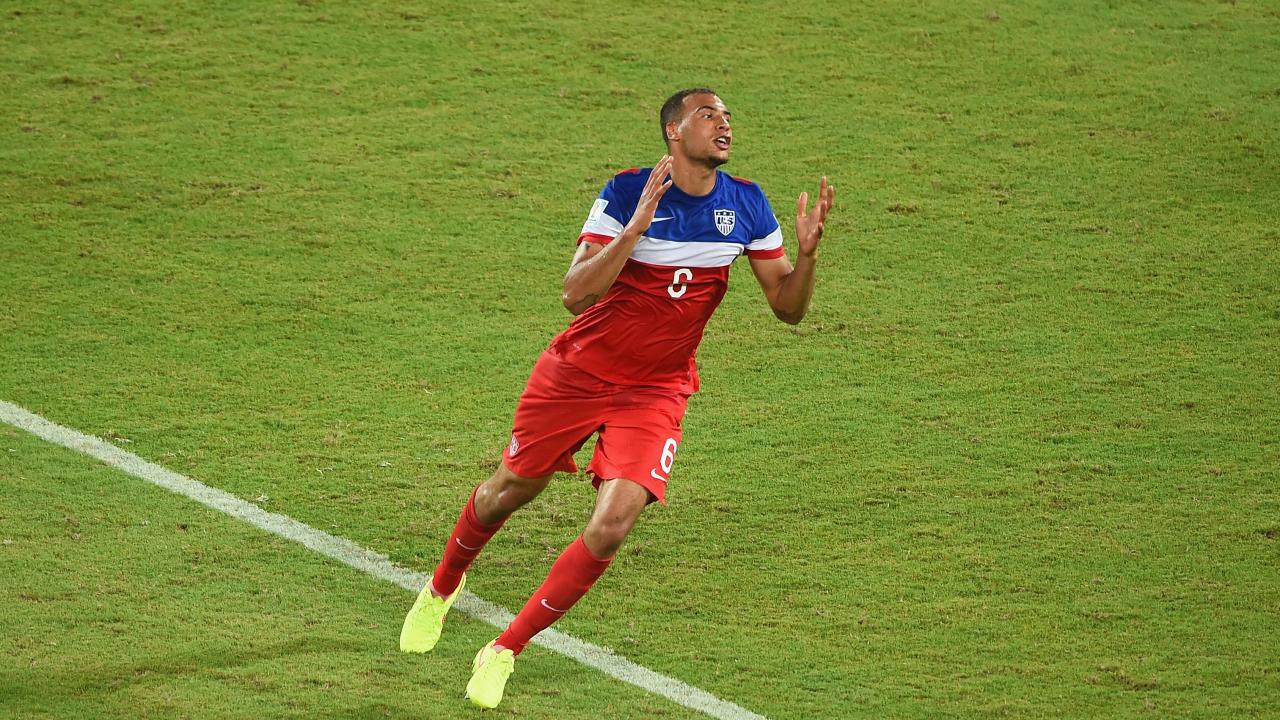 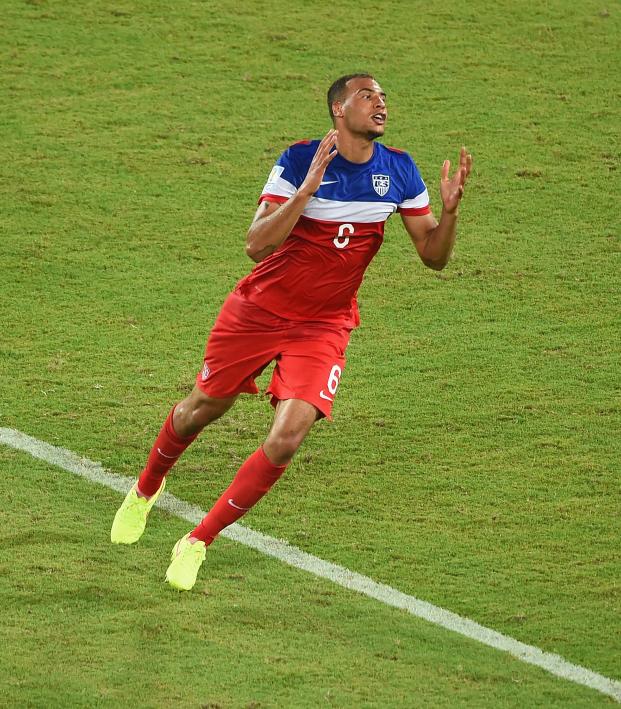 The look of surprise, nay, disbelief, is what I remember most. A towering 6-4 frame had just headed in his first career international goal, and it couldn’t have come at a more important moment. On the eighth anniversary of his goal against Ghana, we have to wonder if John Brooks will ever get another chance on the world stage.

Exactly eight years ago, on June 16, 2014, the United States opened World Cup play against old rival Ghana. Clint Dempsey gave the Americans a dream start with arguably the best goal in USMNT history in the first minute. Then it all started to unravel for Jürgen Klinsmann’s side.

In came 21-year-old John Brooks to the rescue.

Brought into the U.S. squad as part of Klinsmann’s contingent of German-Americans (German-born Jermaine Jones, Julian Green, Timothy Chandler and Fabian Johnson were also on the 2014 World Cup roster), Brooks entered the World Cup with four caps to his name and no goals. He was playing in the Bundesliga for Hertha Berlin and had shown flashes of his strength in the air and superb distribution but wasn’t yet experienced enough for Klinsmann to call on him as a starter.

Brooks made just one appearance at that World Cup, but he made it count. Unable to do much to cover for some poor defending from Geoff Cameron and Fabian Johnson on the right side for Ghana’s equalizer, Brooks made his mark on the other end of the pitch.

When the Americans won a late corner kick, substitute Graham Zusi — no stranger to late-game heroics on the international stage — lobbed a corner to the middle of the 18-yard box.

Brooks was waiting. At 6-4, he barely needed to jump for the well-taken cross before heading the ball down, scoring off the bounce to give the U.S. a vital 2-1 win over Ghana, exorcizing the demons of 2006 and 2010.

John Brooks’ reaction was one of incredulity. He couldn’t scarcely believe he had just scored a match winner in the World Cup, simply falling to the ground as if overcome by emotion.

It was the start of a memorable World Cup for the U.S., which went on to tie Cristiano Ronaldo’s Portugal, lose to eventual champion Germany before bowing out in the Round of 16 to Belgium in a match that raised the collective blood pressure of Americans to unsafe levels.

Surprisingly, Brooks wasn’t chosen to play in any of the remaining games, Besler deemed fit to fill the role as left-footed center back. But after the World Cup, Brooks steadily became the first-choice defender at that role, a steady defender in the Bundesliga with Hertha then Wolfsburg. Brooks played the full 90 minutes in five of the USMNT’s six games at the 2016 Copa América Centenario, only sitting out the third-place game.

Come 2018 World Cup qualifying, Brooks was an easy choice for Klinsmann’s lineups, starting four of the first five matches in the Hex, including two starts under Bruce Arena after Klinsmann was kicked to the curb. However, Brooks didn’t play in any of the final five matches, the last four because of an injury as Arena ended up going with MLS/Liga MX-based defenders over European hotshots.

Ultimately, a shocking Omar Gonzalez own goal and a failure to close down to prevent an Alvin Jones rocket against Trinidad and Tobago resulted in the Americans failing to qualify for the 2018 World Cup, with Brooks unable to do anything about it.

After the World Cup qualifying disaster, Brooks remained a part of the national team setup only sporadically. He was brilliant while playing the entirety of the 2021 Concacaf Nations League finals and started the second and third 2022 World Cup qualifiers against Canada and Honduras.

Brooks was benched at halftime of the Honduras match with the U.S. down 1-0 and hasn’t played for the USMNT since. Brooks admitted he wasn’t up to his best, but vowed to improve and return to the national team.

That was Sept. 9, 2021, and Brooks hasn’t been included in any of the last 16 matches, including the remainder of World Cup qualifying. He had a bit of a falling out with his club in December when he was left on the bench for two games, which was seemingly the excuse when he was left off the USMNT’s January roster.

Brooks started every league match for Wolfsburg in 2022, and it appeared he was on his way back to the national team, especially after Miles Robinson tore his Achilles. Alas, he wasn’t chosen for the June friendlies and Nations League matches, the last chance until two friendlies in September for Gregg Berhalter to see his players in action with the national team.

“John Brooks is going to be moving clubs and we’re going to be anxiously following him at his new club and thought at the time,” Berhalter said at the time. “It’s better to use this time period to look at some other players.”

It sounds like Berhalter considered Brooks but wanted to give other players an opportunity.

With two games left before the World Cup, Brooks’ spot on the plane to Qatar is up in the air. Berhalter knows what he will get from Brooks, who is arguably still the best U.S. men’s center back when in form. He could easily bring the hulking defender back in September without worrying if he’ll know the system because he’s been there before.

Center back remains a big question mark for Berhalter with the injury to Robinson, who had dovetailed nicely with Walker Zimmerman in defense. Aaron Long, Cameron Carter-Vickers, Erik Palmer-Brown, Mark McKenzie and Chris Richards could all play a part in Qatar depending on form.

John Brooks is probably still in the mix, but he’s running out of opportunities to stake his claim. Brooks is one of the few remaining USMNT players with World Cup experience — the other being DeAndre Yedlin — and while the youth of the team is exciting, you’d think it would be wise to have at least a little experience in Qatar.

Brooks’ Wolfsburg contract ends on June 30, at which point he’ll become a free agent. Where he lands at this point is unclear, but if he can find a new club where he’ll receive quality playing time, we might see him back on the U.S. squad in September and/or November.

And maybe, just maybe, he’ll once again come up clutch for the U.S. on the world’s stage, as he did eight years ago today.