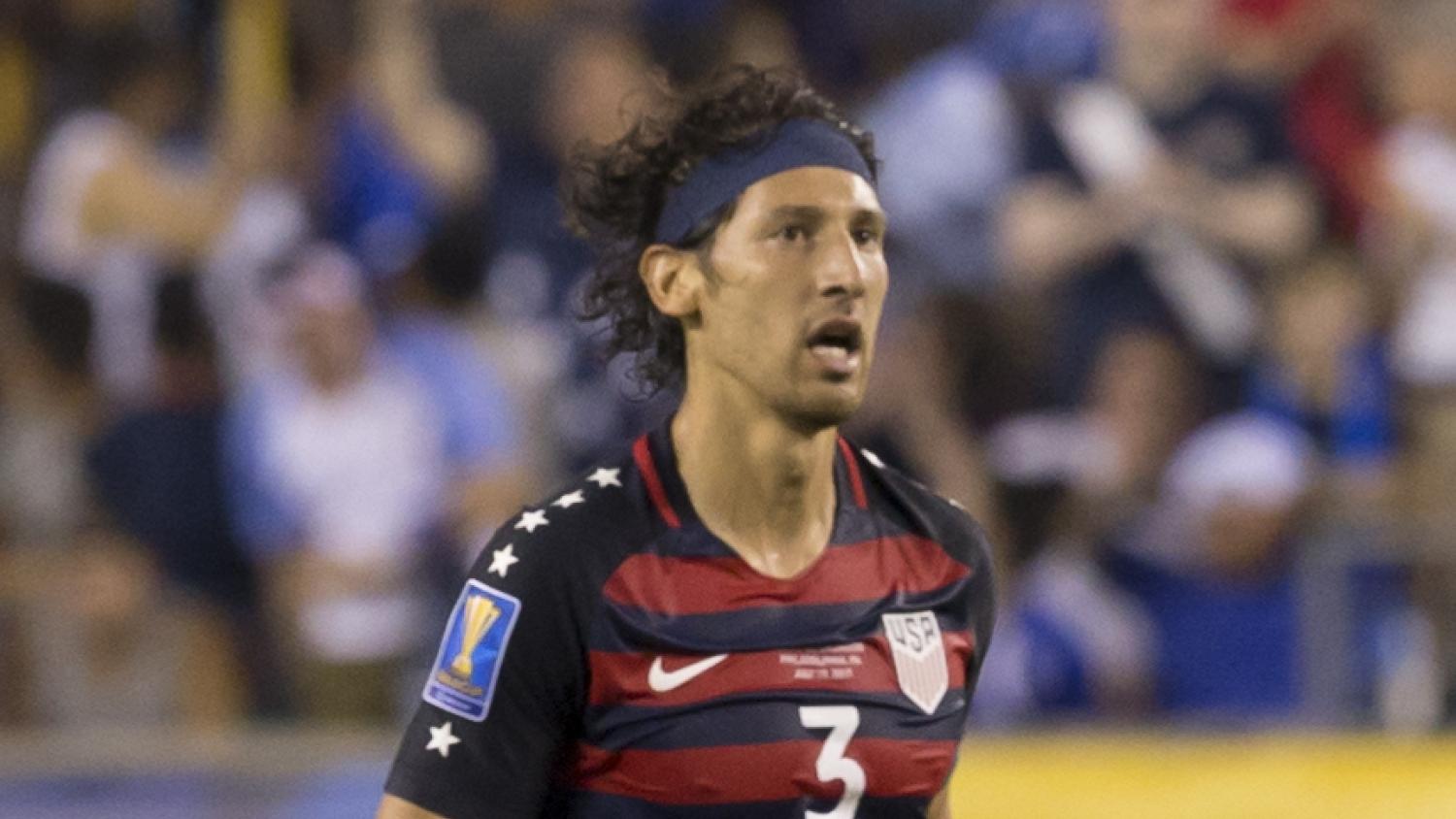 We talked with USMNT defender Omar Gonzalez about his thoughts on the upcoming World Cup.
Shutterstock.com

Every once in a while it pops back into Omar Gonzalez’s head. A night of terror for all U.S. soccer players and fans.

Omar Gonzalez was on the field the night the USMNT shockingly lost 2-1 to Trinidad and Tobago and — thanks to results elsewhere — failed to qualify for the World Cup for the first time since 1986. It was off his leg that the Soca Warriors scored their first goal, one of the flukiest own goals you’ll ever see.

“One of the most unlucky goals ever,” Gonzalez said after that match. “I think for myself, it's one that will haunt me forever.”

The goal still haunts Gonzalez, but he’s tried to move on. The 29-year-old defender just finished his third season with Pachuca in Liga MX and even got to play at the Club World Cup in December.

Omar Gonzalez has 48 caps to his name, including an appearance at the 2014 World Cup. Though he turns 30 in October, he still has aspirations with both the USMNT and at the club level. Who exactly Gonzalez will play for next season is up in the air, as a move from Pachuca to Atlas appeared to be in the works as we talked to him on Thursday.

“It’s not official or anything, so I’m still waiting to find out myself where I’ll be moving,” Gonzalez told The18.com. “I don’t know. The answer is I don’t know yet.”

But with the World Cup rolling around, the disappointment of October 10, 2017, continues to crop up. The18 talked with Omar Gonzalez about his feelings on not being at the World Cup, Mexico's chances, who he thinks might win it all and what the U.S. needs to do to prevent missing out on the World Cup again. He also talked about a few of his teammates past and present who will be competing in the World Cup, like Hirving “Chucky” Lozano.

Omar Gonzalez On The USMNT

The18.com: How much does it hurt to not be at the World Cup?

Omar Gonzalez: It hurts. It hurts so bad. Of course I want to be there right now and getting ready for the first game and everything that goes into it with the team and the preparation and everything. It’s a grind but it’s amazing to be a part of it and it definitely hurts not to be there. I think it hurts for everyone whether you’re a player or a fan not seeing your country there. I think it’s disappointing but it doesn’t mean I’m not going enjoy watching the games this summer.

How often do you think about the Trinidad & Tobago game?

OG: It pops into my head every now and again. Not as much as it used to, but definitely sometimes it pops into your head and you think about it for a little bit and with the World Cup coming up you think that’s the reason we’re not in Russia and so I get sad. But it doesn’t happen as often anymore.

What are your thoughts on how to look back at that disappointment? Do you use it as motivation?

Do you have any good ideas on what U.S. Soccer should do to prevent another missed World Cup?

OG: Just the looking it from afar, I think everything’s heading in the right direction with the new GM role, and giving all these young guys opportunities and seeing new faces on the team. I think everyone’s excited. It’ll be good once the GM gets to pick a coach and finally see what direction he wants to take the team. I think after what happened not qualifying, I think sometimes we have to go through that to come out even stronger and heading in the right direction. Seeing all these changes in the program is a good thing and I think we’ll all be better for it in the near future.

What do you think about Earnie Stewart’s hire as USMNT GM?

Do you have a preference on who the next national team coach is? If he’s foreign or not?

OG: I don’t think I have a preference in that sense. I think whoever it’s going to be, I just hope he’s a good coach. Just something to have a good locker room, just someone who could manage all the personalities there, who knows his stuff, tactically strong and just a good all-around person.

What did you think of the young defenders in the USMNT’s last couple of performances against Bolivia and Ireland?

OG: After watching the last two games I think they’re doing great. It’s all about getting minutes and getting that experience and obviously the first game against Bolivia was not as big of a test as it was against Ireland. We saw that in the Ireland game, it was a bit more difficult. I think they’re doing great. I’m excited to see them match up against France (on Saturday).

Do you wish you could be on the team playing France?

OG: They have an incredible team and anyone would jump at chance to be able to compete against all those talented players they have at France. Of course, I’d like to be there representing the U.S. as well. I think it would be incredible. But I’m not there and I wish the guys who are there the best of luck and I hope they do well.

Omar Gonzalez On The World Cup

The18.com: How will you watch the World Cup this summer?

Omar Gonzalez: My plans to watch it, I will be with my teammates Pachuca or my teammates from Atlas, in preseason, and we’ll be training hard getting ready for the new season. When we can, I hope to be hosting some watch parties and definitely have some micheladas on hand so the guys can enjoy themselves, watch the beautiful game. And if you know anything, you know the best way to have a michelada is with Clamato, so that’s how I’ll be enjoying the games this summer.

(Editor’s Note: Gonzalez is promoting Clamato Micheladas this summer. Micheladas are great drinks and featured in our list of World Cup cocktails for this summer.)

Do you have a team or player you’re rooting for?

OG: I have some friends on different teams so I think I’ll be rooting for them. I have Érick Gutiérrez and Chucky Lozano playing for Mexico so I hope they do well. I have Rodney Wallace playing for Costa Rica. So I’m hoping these Concacaf teams do well, they represent our region well. Another team. I’d like to see Brazil do well seeing how it ended in 2014 for them. I’d like to see them get back to the final.

Who do you think will win?

OG: I hope Brazil wins it all. I know I have no affiliation to them all but it was tough to see the way it ended for them down in Brazil at their home and hopefully they can do something.

What do you think of Mexico’s chances?

Who do you think is an underdog or a team that can come out of nowhere to surprise everyone?

What do you think about the potential Mexico vs. Brazil matchup in the Round of 16?

OG: That matchup would be intense, fast-paced; it would be a helluva game. I’m just hoping Chucky Lozano just tears it up. After playing with him here in Pachuca for two years, I know what he’s capable of and I’m a big fan of him and I hope he really kills it.

What did you see from Chucky Lozano when he was at Pachuca?

OG: What I saw from him was how he could just be a game changer. How he could attract so many players from the other team to just go to him because they needed to stop him and they still couldn’t stop him. That’s what I saw. Just how talented he really was. How fast and technical and his ability to just create space and get a shot off and make plays on his own or cross the ball and find a way to get us ahead. I got to see it first hand in person and was definitely impressed by him. That’s why I’m excited to see him on the world’s biggest stage.