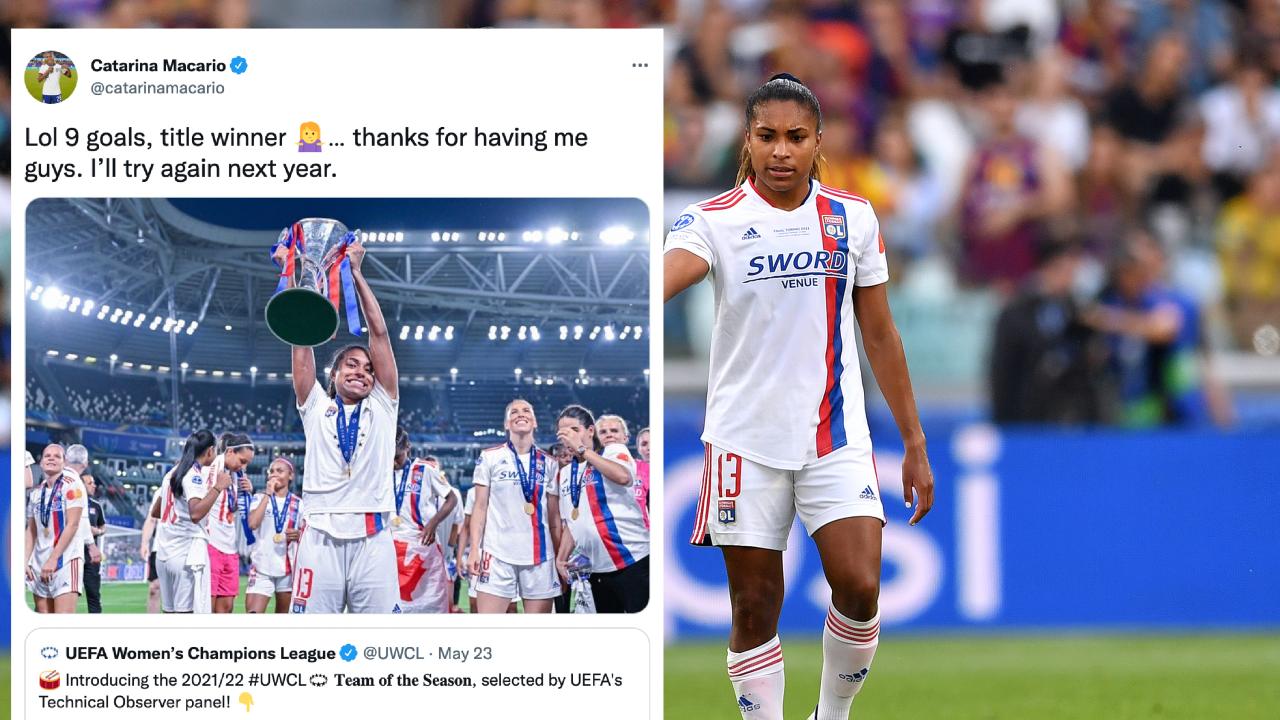 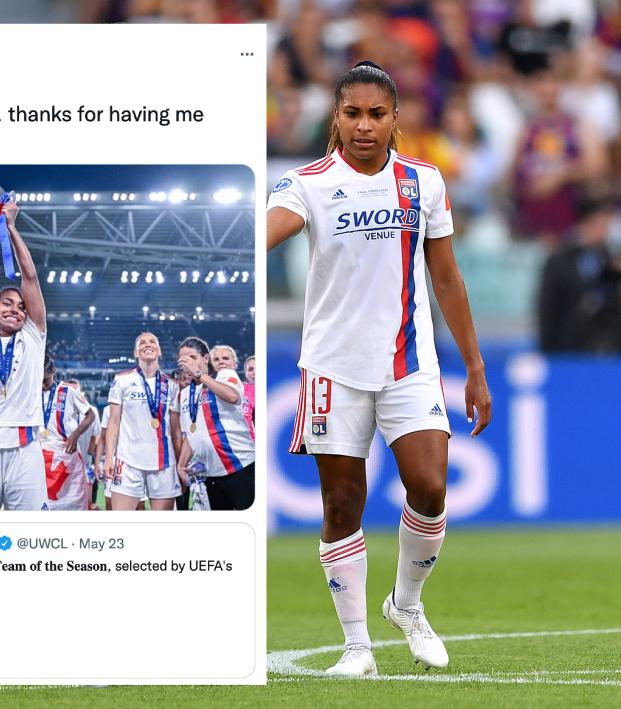 Catarina Macario Roasts UWCL Team Of Season For Not Including Her

But there’s one individual honor she did not receive this season, and honestly, we’re not sure why. Macario herself can’t figure it out.

Who would make your starting XI? #UWCLfinal

Nothing against the players chosen — all had good seasons — but we’ve gotta ask: Where’s Catarina Macario? We’re not alone in asking.

The American had eight goals (nine if you include the qualifying rounds) and two assists in UWCL action this season, numbers topped only by Alexia Putellas and Tabea Waßmuth, who both logged more minutes.

Macario was incredibly influential throughout the campaign, including a big assist against Bayern and a self-alley-oop against Häcken in the group stage. She came alive in the knockout rounds. Macario scored twice against Juventus, including the fourth goal in a 4-3 aggregate victory in the quarterfinals. She scored twice more in the semifinals against rival PSG, a 5-3 aggregate victory. In the final, she scored the goal that broke Barcelona’s back for a 3-1 victory.

No one had more goals from open play in the knockout rounds than Macario’s five (Putellas scored six but two were penalties).

We have to ask UEFA again: Why isn’t Catarina Macario on the Team of the Season?

Of course, to add Macario, we’d have to take someone off, no easy task with this list. You’re not taking Putellas off any team of the season list, and she plays a similar position to Macario (they both essentially play as an attacking midfielder, albeit in very different systems). How do you make arguably the second-best player in the UWCL fit into the team of the season?

I think you start by looking at the forward line. Ada Hegerberg, the competition’s all-time leading scorer, was excellent (six goals, two assists), but those numbers are eclipsed by her American teammate. Marie-Antoinette Katoto was vital for PSG, but her goals tally of seven puts her just fourth on the season, not good enough for a spot on the Team of the Season when her main job is putting the ball in the back of the net (she had zero assists).

Personally, I’d put Waßmuth as a lone striker after she had 10 goals and two assists in helping Wolfsburg down English giants Arsenal and defending champion Chelsea. Then Macario could be added as a second striker behind Waßmuth on the Team of the Season. Another option would be to just replace Aitana Bonmatí of Barcelona with Macario. No one covered more distance than Bonmatí, but Macario wasn’t far behind (fourth) and scored twice as many goals. You could also take Amandine Henry off the list; the Lyon midfielder scored a banger in the final, but her influence waned after the French club brought Lindsey Horan over from Portland.

Regardless, the UWCL Team of the Season is woefully inadequate without Macario. As Americans, we can only assume it’s because she’s American (only half joking).

Sadly, this is not an uncommon facet of women’s soccer. For years, voting on awards like this — from FIFA Best to NWSL Team of the Year — have been absolutely cursed by horrible decisions. Earlier this year, not a single Barcelona player was chosen to FIFA’s 2021 FIFPRO World XI despite Barça dominating Europe in 2021. And who can forget Rose Lavelle earning a place on the 2019 NWSL Best XI despite playing just six games all year? Even her mom couldn’t believe it.

well this is awkward, I didn’t even vote for @roselavelle https://t.co/OCm7guAjMZ

The issue, as always, is with visibility. In the past, it’s been hard to watch women’s soccer around the world. Then again, that doesn’t stop every high school district in the country from releasing all-district teams for every sport despite the fact none of those games are televised. Plus, this season DAZN broadcast UWCL matches for free on YouTube, so there’s no excuse for not knowing who the best players were.

One thing the Team of the Season got absolutely right was Selma Bacha. The Lyon left back led all players with nine assists. In the final against Barcelona, the 21-year-old kept Caroline Graham Hansen in her pocket all night while also getting forward in attack. She is a future superstar.

If only the UEFA technical observers could be half as good as Bacha, then maybe we’d finally get a decent Team of the Season without any major snubs.