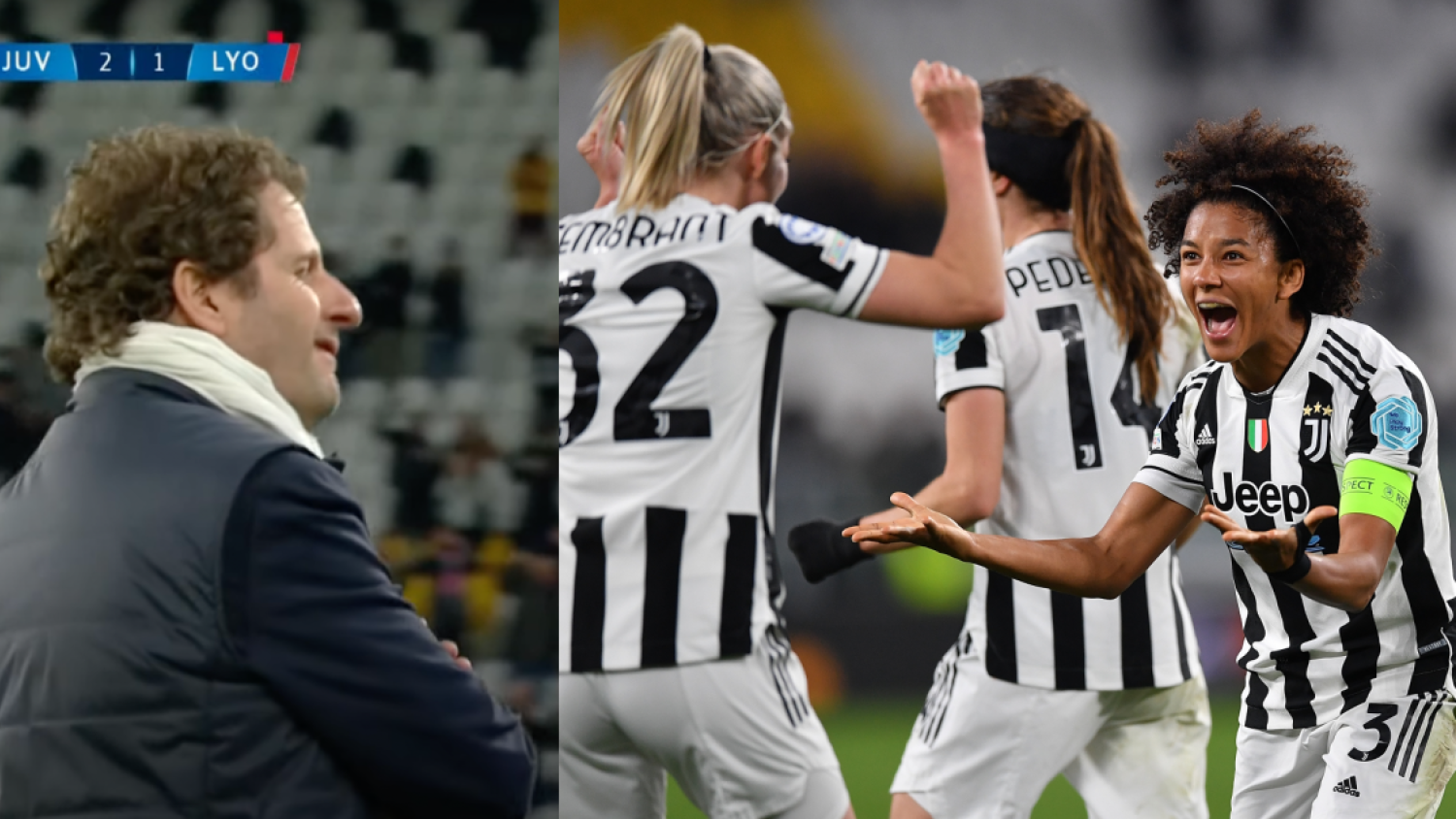 Lyon has utterly dominated women’s soccer in Europe over the last decade, winning seven Women’s Champions League titles since 2011. On Wednesday, that dynasty looked shaken to its core by a wry wink and a stunning comeback.

Juventus, which didn’t exist until after Lyon won the second of five straight UWCL titles in 2017, rallied from an early Catarina Macario goal to shock the European giant 2-1 on Wednesday in Turin. Agnese Bonfantini scored the unlikely winner moments after coming on as a sub in the 81st minute. Her coach, Joe Montemurro, cool as ever, responded with a knowing wink, as if he knew all along his club was going to become the first team to ever beat Lyon in the first leg of a Women’s Champions League knockout round match.

The reaction said it all. Juventus, which trailed eight minutes into the match, had beaten the seven-time champs.

Despite an early miscue, which nearly saw Juventus take the lead in the opening minutes, Lyon utterly dominated the first half of Wednesday’s match. American Catarina Macario, playing as a playmaking No. 10, scored a well-directed header in the eighth minute.

Lyon had multiple chances to double its lead, including one denied by a goal-line clearance, but against all odds, the match was 1-0 at halftime.

Just after the hour mark, everything changed.

With Lyon pushing forward for a second goal, Australian fullback Ellie Carpenter was the last defender back for OL when Juventus charged for a counterattack. Carpenter failed to control what should’ve been an easy ball before dragging down Valentina Cernoia for a straight red card as the Juventus winger would have been in on goal.

Ellie Carpenter is shown a straight red, HUGE MOMENT IN THIS GAME

Moments later, Cernoia hit the post with a strong effort, and it was clear the momentum had shifted. Ten minutes after that, Juventus scored a controversial equalizer.

Despite the ball appearing to go out of bounds and against protests from Lyon goalkeeper Sarah Bouhaddi that she was fouled, Italy icon Cristiana Girelli punished OL for failing to clear to make it 1-1.

. @JuventusFCWomen ARE LEVEL ⚪️⚫️@cristianagire bundles home to set up a dramatic finish

After the goal, you expected Lyon, which won 14 straight D1 Féminine titles before PSG ended that streak last season, to regroup and regain a measure of control. Macario was already brought off, so Sonia Bompastor turned to her other American, midfielder Lindsey Horan.

Sporting a large knee brace, Horan looked a bit off the pace in her second Lyon appearance since joining on loan from Portland. She was partially at fault for the dramatic equalizer, unable to control a difficult pass from Wendie Renard.

The turnover quickly turned into a fast break for Juventus. Arianna Caruso, herself subbed on in the 66th minute, found Bonfantini with a brilliant through ball, and 22-year-old finished with aplomb.

The reactions to the goal were incredible. Players and fans alike were incredulous. Celebrations continued well after the final whistle for the historic victory.

Coach Montemurro? He remained calm the entire time. The former Arsenal manager’s composure on the sideline exemplified his team’s resolve to secure one of the biggest upsets in Women’s Champions League history.

While Lyon probably remains the favorite to advance with the return leg back home on March 31, this is a team not accustomed to losing, especially when taking the lead. OL is undefeated in league play this season and a 1-0 loss to Bayern in the group stage is the club’s only blemish in Europe. This is the type of collapse that can diminish a team’s confidence.

Meanwhile, Montemurro’s former club, Arsenal, had a tough time in its first leg against Wolfsburg, needing a late goal to draw 1-1 on Wednesday.

Playing a rare match at Emirates Stadium, the Gunners conceded to a Tabea Waßmuth header in the 19th minute. It was Waßmuth’s fifth goal against a London club this season, having scored four times against Chelsea in the group stage. She has a tournament-leading nine UWCL goals this campaign.

In a game that was open from kickoff, both teams were in constant search of the game’s next goal. In the second half, Stina Blackstenius had a potential equalizer ruled out for being a yard or two offside before Wolfsburg struck the post twice in quick succession just past the hour mark.

So close to 2 for the German side

The second goal finally came thanks to the third American playing in the Champions League on Wednesday, Tobin Heath, who came on in the 76th minute. The USWNT winger ripped a low free kick into the path of Lotte Wubben-Moy, and the center back provided a sublime finish from close range.

ARSENAL GET THE EQUALISER

What a ball from @TobinHeath and @lottewubbenmoy with a superb finish

The Women’s Champions League continues on March 30 with the second legs of the other two quarterfinals. PSG holds a 2-1 advantage on Bayern Munich while Barcelona overcame an early Real Madrid goal to win 3-1 ahead of what’s expected to be a sell-out crowd at the Camp Nou for the second leg. In fact, all four return legs in the quarterfinals next week will be played in stadiums also used for the respective men’s teams.