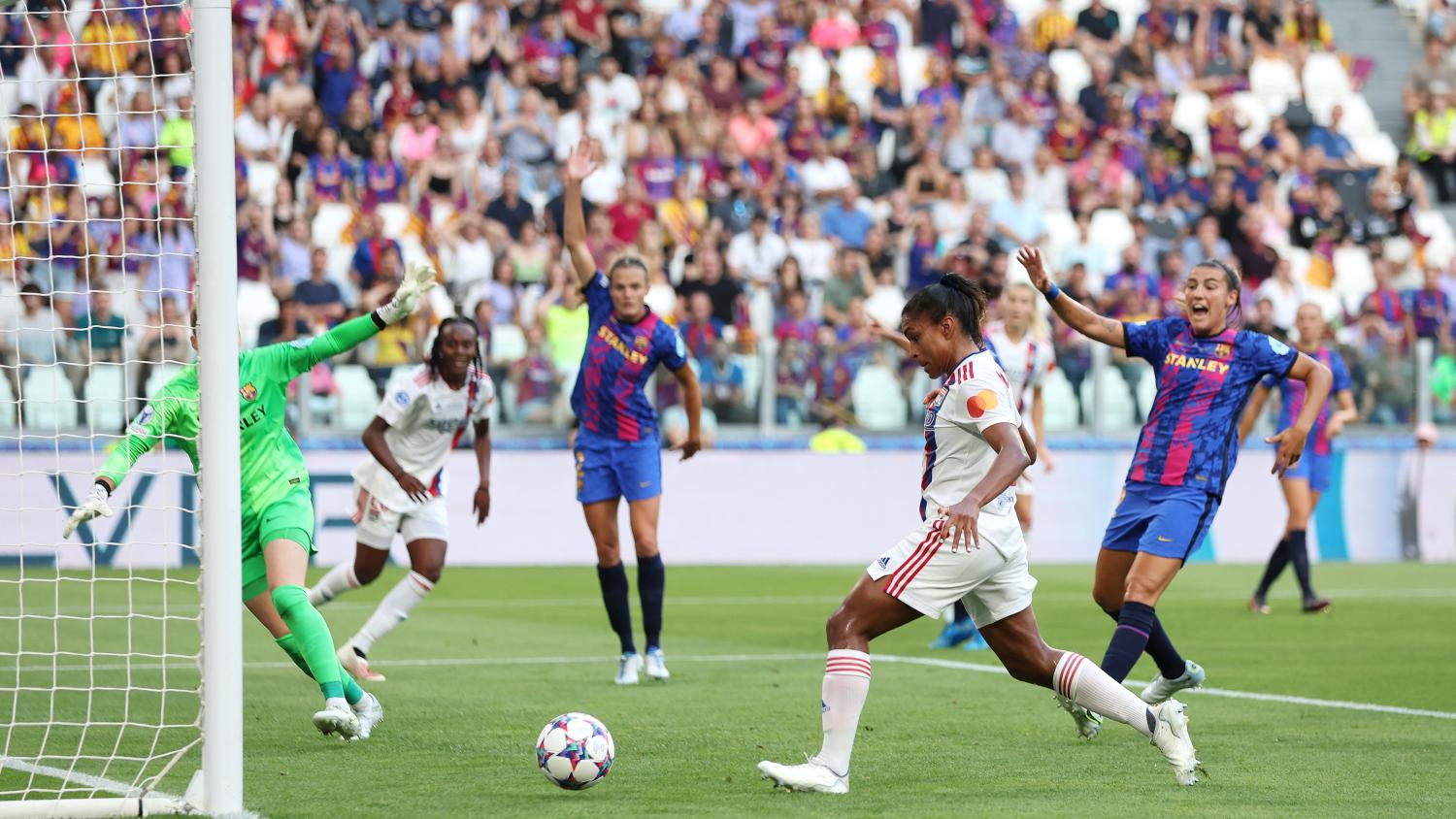 What a moment for the 22-year-old.
Getty Images

Catarina Macario made history on Saturday when she became the first American to score in a UEFA Champions League final. Macario and her club Lyon faced Spanish powerhouse and defending champions Barcelona in Turin, Italy, and had a sensational first half.

With Lyon leading 2-0, Macario netted the third goal in the 33rd minute with a poacher’s finish at the far post. Lyon went on to win 3-1.

.@catarinamacario taps in a third for Lyon!

Catarina Macario becomes the first US international to score in a Champions League Final. pic.twitter.com/5gUQD0kwUw

Some of the biggest USWNT stars like Alex Morgan, Megan Rapinoe, Christen Press and Ali Krieger have competed in the UEFA Champions League final, but none have found the back of the net on the biggest club stage.

Conngratulations to Macario on a historic moment for U.S. soccer.