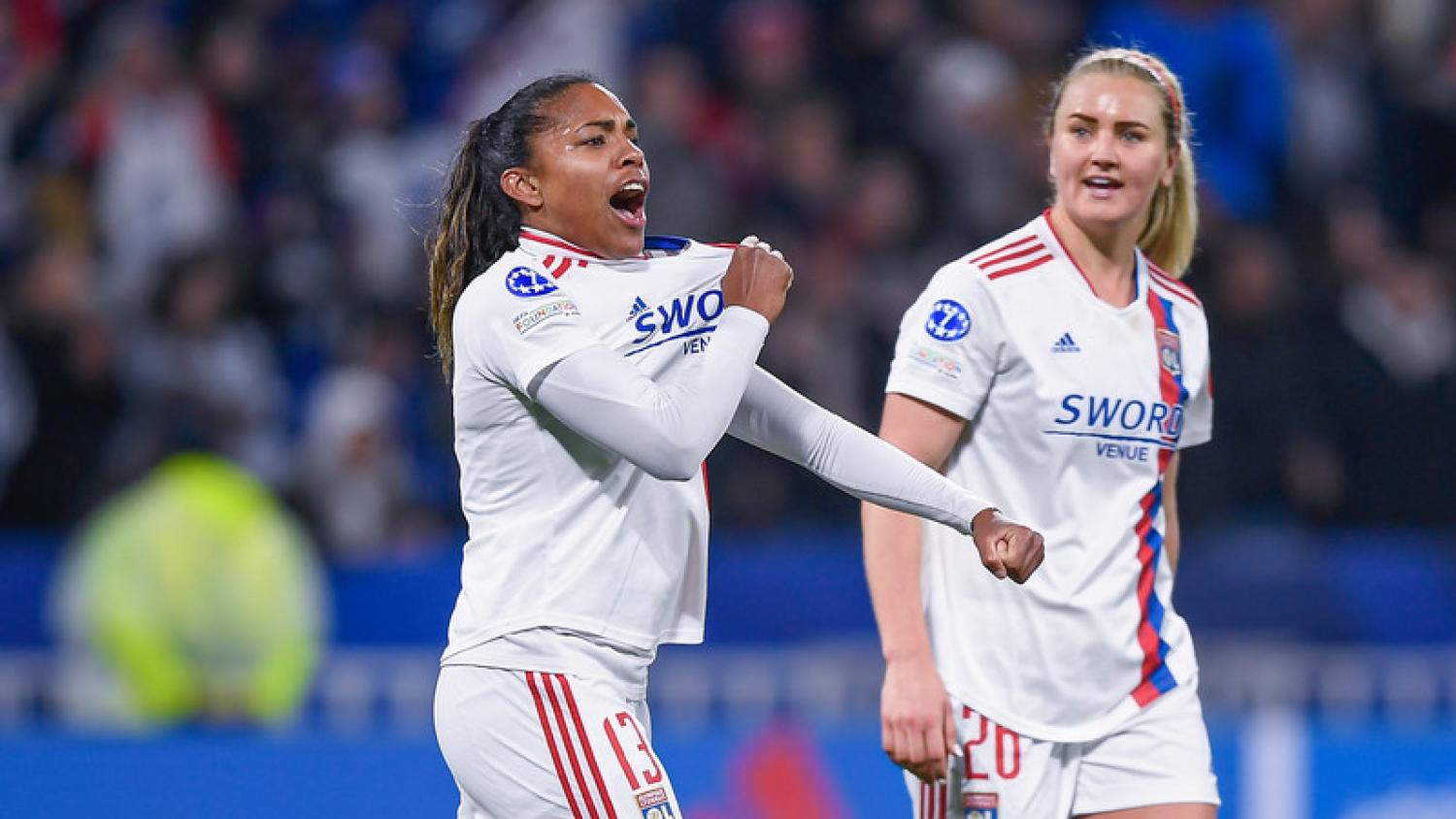 It’s been five years since an USWNT player has played in the final.
@OL_English | Twitter

The UEFA Women’s Champions League final is set as Barcelona will seek to defend its title against seven-time winners Lyon. For the first time in five years the final will have American representation with Lindsey Horan and Catarina Macario on Lyon.

Lyon defeated PSG 2-1 on Saturday at the Parc des Princes in the second leg to win 5-3 on aggregate. Macario bagged a brace in the first leg — including one the most bizarre goals you’ll ever see — but was unable to find the back of the net on Saturday.

Both Macario and Horan played the full length of both legs.

Two of Lyon’s biggest stars secured the club’s tenth appearance in the UWCL final as Ada Hegerberg and Wendie Renard scored the two goals on Saturday.

Hegerberg is the competition’s all-time leading goal scorer and added an absolute beauty to her goal collection in the 14th minute with a perfect header.

Hegerberg thought she had a brace of headers early in the second half however VAR called the goal back for offside in the buildup.

ADA HEGERBERG AT THE DOUBLE ⚽️⚽️

PSG would score four minutes after the VAR call.

The thousands of PSG fans at the Parc des Princes had a whirlwind of emotions in the second half. They went from thinking their team was down 5-2 on aggregate to being within one goal courtesy of this scrappy finish from Marie-Antoinette Katoto.

KATOTO PULLS ONE BACK FOR PSG

The next 20 minutes were enthralling as a rowdy Parc des Princes urged their team forward to tie the aggregate. The moment nearly came when a fantastic sequence of passing ended with Sakina Karchaoui being denied from close range.

The Lyon dagger came in the 83rd minute when Renard rose highest on a free kick and headed in the goal to assure her side a trip to Turin to face Barcelona. The Lyon captain has won the Champions League seven times all with the French club.

Lyon will need to be at their best to take down the mighty Barcelona who will be hungry for victory after losing their 45-game winning streak.

Macario and Horan will become the eighth and ninth USWNT players to feature in a Champions League final.

USWNT Players To Make It To The Champions League Final