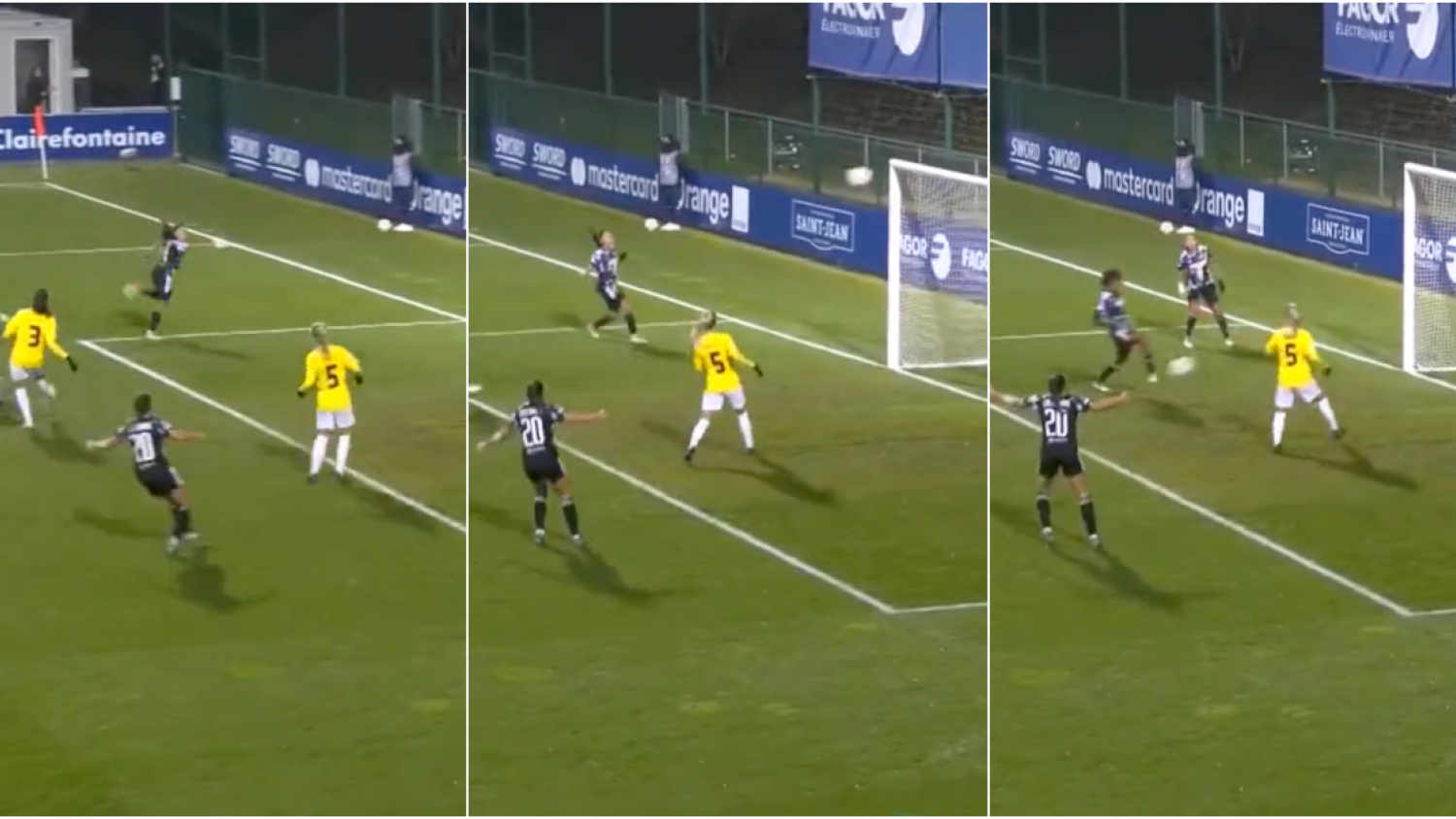 Catarina Macario opened the scoring for Lyon in the Women’s Champions League with a great goal.
@DAZNFootball | Twitter

One of my favorite plays in basketball, aside from the occasional nutmeg, is the self-alley-oop, where a player throws the ball off the backboard before catching it and throwing down a thunderous dunk. U.S. rising star Catarina Macario essentially did the soccer version of that on Wednesday.

Needing three points over last-place Häcken to ensure top spot in Group D in the Women’s Champions League, seven-time champion Lyon was struggling to break down the stubborn visitors from Sweden in the first half hour. That is until Macario found a creative way to score the opener in the 35th minute.

Macario was a bit fortunate the Häcken clearance deflected off her and onto the crossbar, but she was right on the spot to calmly put home the opportunity.

Lyon went on to win 4-0, with the competition’s all-time leading goal scorer Ada Hegerberg netting her 56th in 56 appearances.

Amandine Henry scored in the 76th minute and Janice Cayman tallied another three minutes later to ensure Lyon finished first in Group D despite Bayern Munich’s comfortable 4-0 home win over Benfica. Both Lyon and Bayern advance to the quarterfinals, where PSG, Barcelona, Real Madrid await and three of Chelsea, Juventus, Wolfsburg, Arsenal and Hoffenheim will join.

First time she has scored twice in a European season since 2018/19.

Macario, 22, is Brazilian born but became a U.S. citizen in 2020 and was approved for a nationality switch by FIFA in January. The first naturalized citizen to play for the USWNT now has 12 caps to her name, including at this summer’s Olympics. The two-time MAC Hermann Trophy winner can play anywhere from midfielder to winger to striker and joined Lyon in January after forgoing her senior season at Stanford. On Wednesday, she played 78 minutes before being given a rest by coach Sonia Bompastor.

Macario already has five goals in seven league matches this campaign, as Lyon has enjoyed a perfect start to the D1 Féminine campaign with 11 wins from 11. PSG, which usurped Lyon as champion last season, sits three points back after a 6-1 defeat to OL on Nov. 14.

Wednesday’s match was the final of the year for Lyon, which will return to action on Jan. 8 in the Coupe de France Féminine.