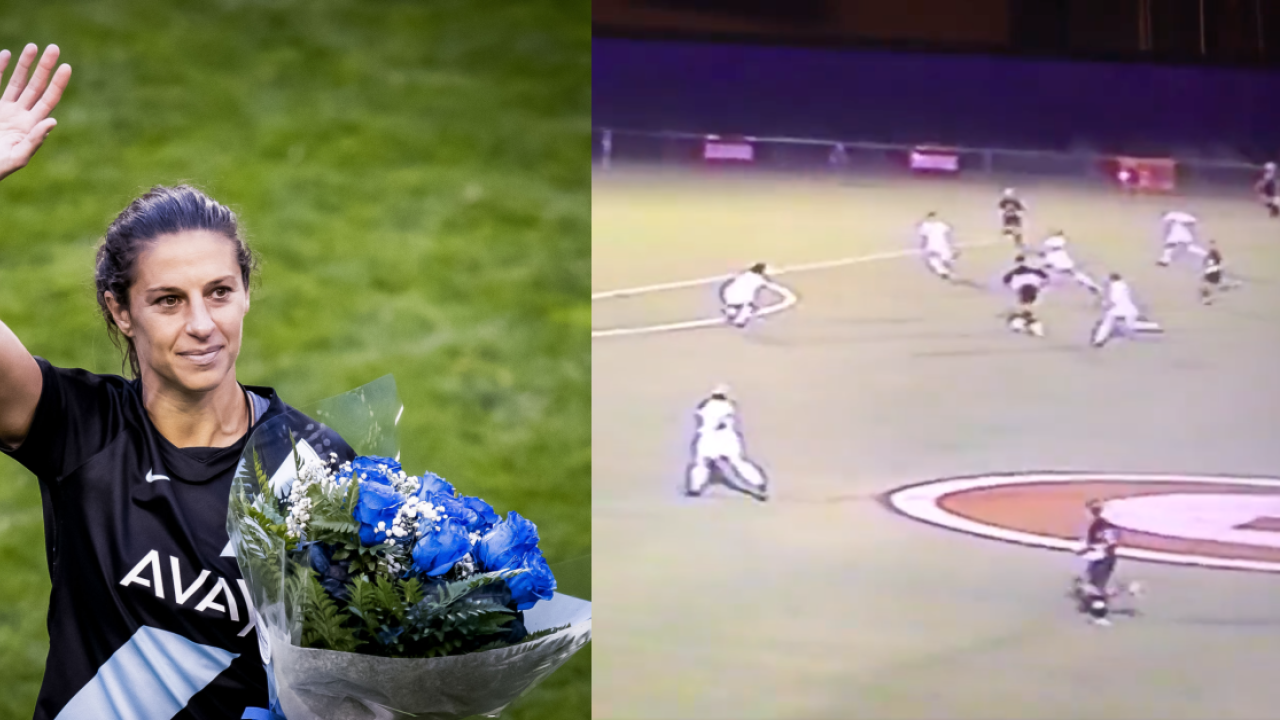 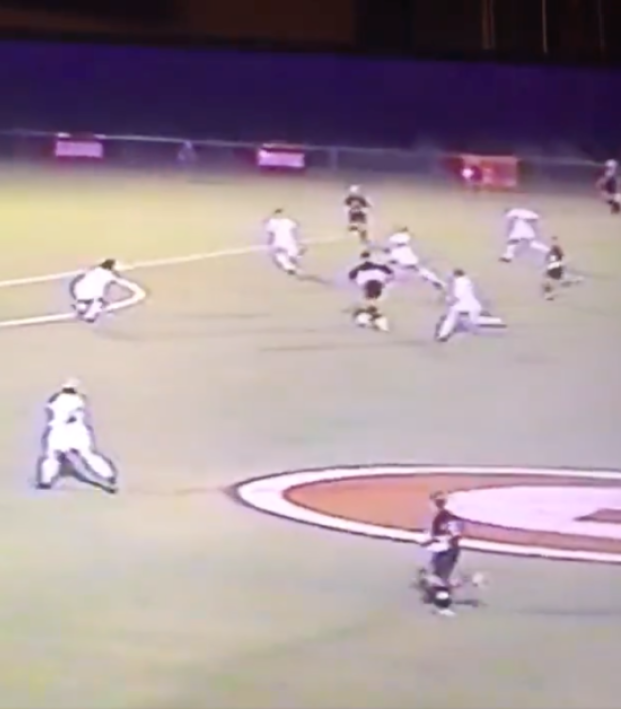 Carli Lloyd’s playing career has come to an end. Lloyd’s Gotham FC fell to Mal Pugh and the Chicago Red Stars in the NWSL quarterfinals on Sunday, marking the start of a new phase in Lloyd’s life. But before she moves on to whatever is next, we thought we’d look back to the Carli Lloyd first college goal, which you know was an absolute banger.

Lloyd began her collegiate career in 2001 with the Rutgers Scarlet Knights. From the very start, she was the team’s best player, leading the Rutgers with 15 goals and 37 points as a freshman to earn Big East Rookie of the Year.

Her first college goal came against Georgia on Aug. 31, 2001. Recently, her former college coach, Glenn Crooks, posted video of the goal. The footage isn’t the best, but you can unmistakably make out Lloyd ripping a 25-yard blast past a helpless keeper. The best part is someone saying “uh oh” as Lloyd takes her shot.

As you can see in the video, Lloyd’s first college goal was also a game winner, which isn’t surprising for someone who had a knack of scoring in the biggest moments of her international career.

As for Lloyd’s club career, which came to an end Sunday, she’ll retire without having won a single trophy in the U.S. Her lone trophy at the club level throughout her long career was an FA Women’s Cup with Manchester City in 2017.

The sounds off for the final time

Thank you for everything, @CarliLloyd pic.twitter.com/cqh7Us5Hfm