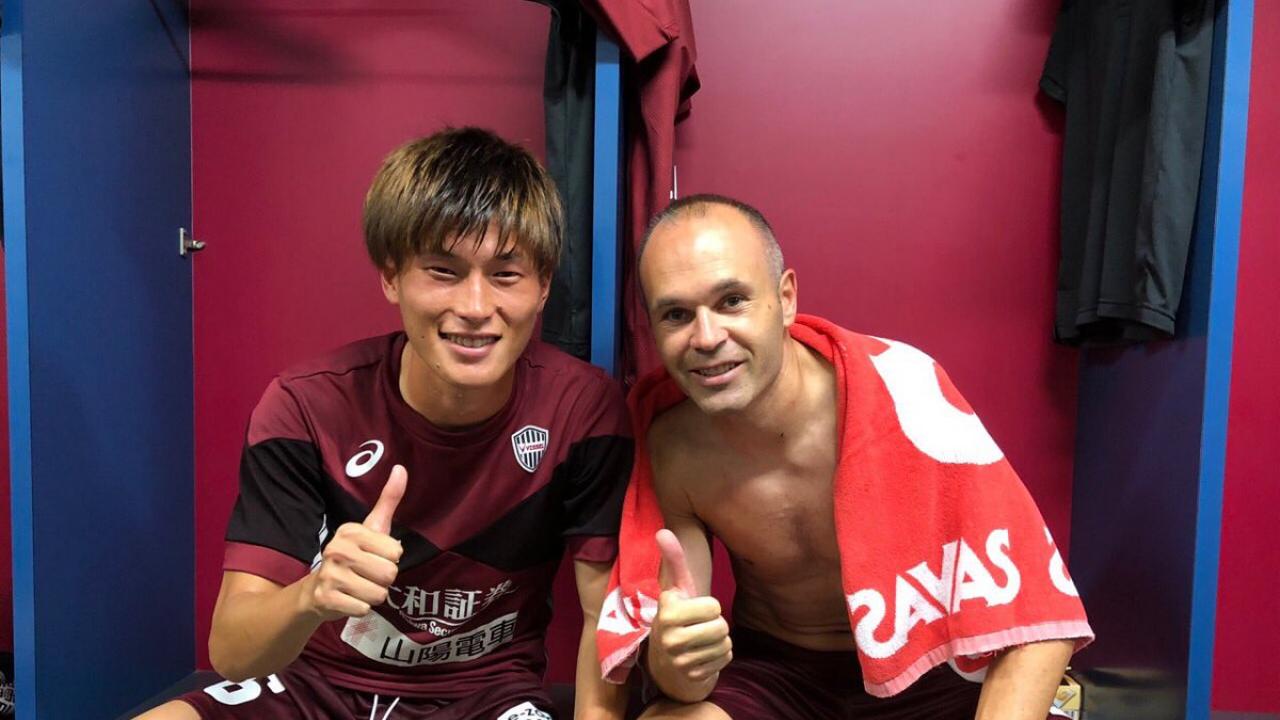 An absolutely beautiful Andrés Iniesta goal gave the former Barcelona man his first goal in the J League with Vissel Kobe on Saturday. And the assist came from a familiar face for many fans of European football.

Iniesta began the move in his own half before continuing his run all the way into the box where he was spotted by one Lukas Podolski. The former Arsenal, Bayern Munich and Cologne striker found Iniesta with a great pass, but the turn Iniesta made to escape his defender was absolutely sublime.

From there, the 34-year-old danced around the keeper and passed the ball into the back of the net.

The Iniesta goal was his first since his emotional goodbye at Barcelona, where he had spent his entire career. Like Xavi before him, Iniesta left with some life left in his legs to play in a less-demanding league.

Iniesta scored 35 goals in 442 matches with Barcelona. So far he has one goal in three matches with Vissel Kobe, so maybe he’ll be looking to finish chances more often in Japan than he did in Spain. That said, he still has the left foot of Lukas Podolski to tee up. Podolski, only 33 himself, can still strike a ball with the best of them.

The Iniesta goal also came one day after Barcelona announced Lionel Messi would take Iniesta’s place as the lead captain for the club.

Perhaps the most important part of the first Iniesta goal in Japan was it led to a 2-1 victory for Vissel Kobe. In Iniesta’s first appearance with the club, as a substitute, Vissel Kobe lost 3-0.