The Tears Were Flowing At Andres Iniesta’s Farewell Press Conference 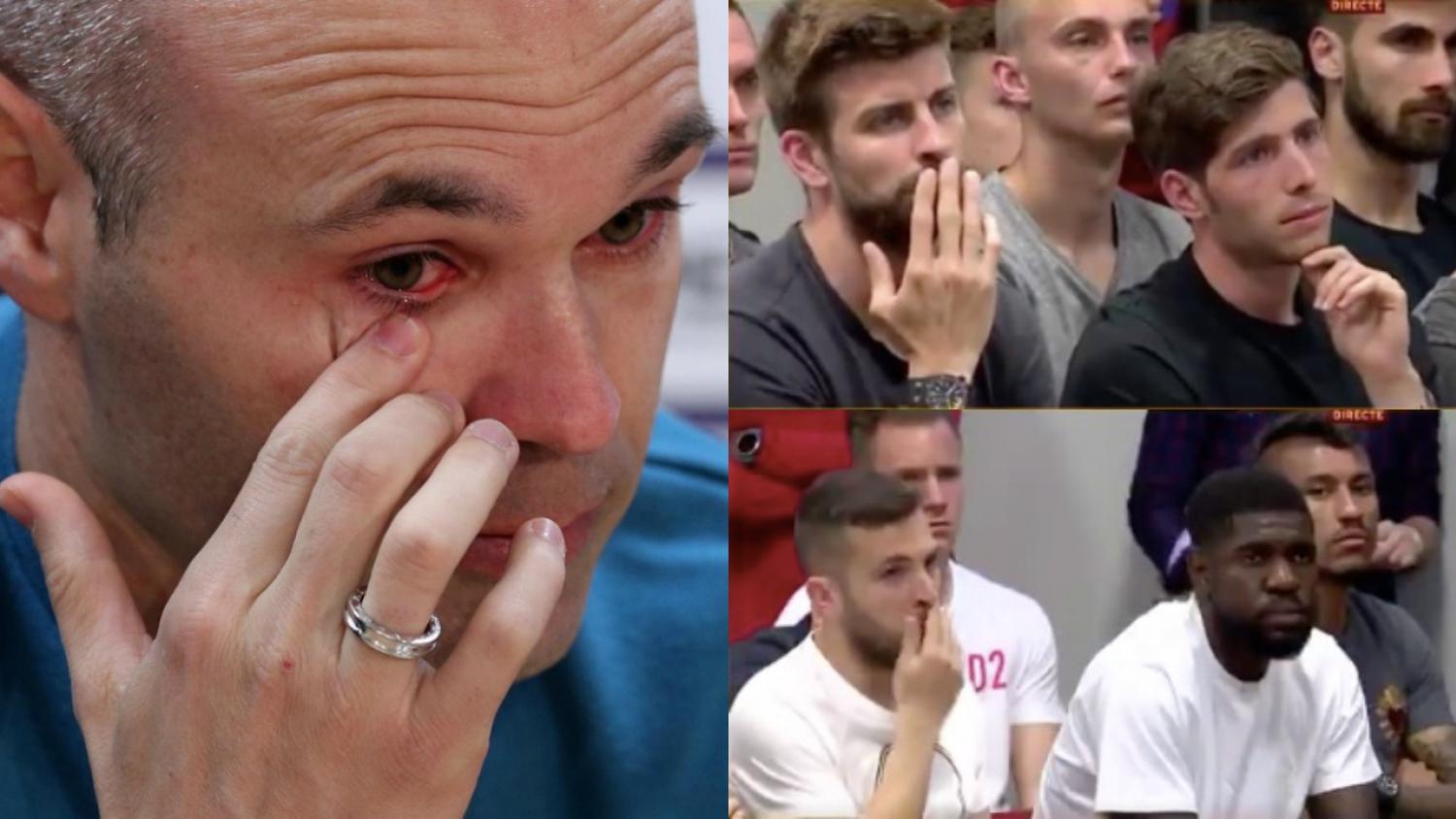 Andres Iniesta confirmed that the 2017-18 season will be his last with Barcelona, bringing an end to a 22-year association with the club.
@STsportsdesk | Twitter

Today — Friday, April 27, 2018 — Andres Iniesta confirmed in a press conference at Barcelona’s Ciutat Esportiva that this would well and truly be his final season at the club. After a master class performance in Barcelona’s 5-0 beatdown of Sevilla in the Copa del Rey final, many Blaugrana supporters held out hope that Iniesta would reverse his long-rumored decision to leave, however, the 33-year-old will move on after a 22-year association with the club.

“This press conference is to communicate that this will be my last season at Barcelona,” Iniesta said. “After 22 years here, I know what it means to be a player for the best team in the world. I know the responsibility I have as the captain and the responsibility to be honest with myself and the club by bringing my time at the club to an end this season.

“If I’d imagined how my career would end here, this is it. I leave feeling useful, feeling important, starting games and winning titles. It’s a very difficult day for me. I’ve spent my whole life here. It wasn’t easy to reach this decision.

“To say goodbye to what has become my home is complicated. But this is life. It’s increasingly more difficult. I wouldn’t forgive myself for putting myself and the club in an uncomfortable situation. I don’t deserve that, and the club don’t deserve it, either.”

With regards to where he’ll go next, Iniesta remained coy — although the link with Chongqing Lifan in the Chinese Super League appears to be the truth.

“The season has still not finished. … There are still things to be sorted, to be talked about," he said. "I have said I will never play against Barca, so I won’t play in Europe. All options outside of Europe could be possible. (My next move) will be finalized when the season ends.”

Messi and Iniesta share an embrace in the Copa del Rey final.

Iniesta is currently striving toward his ninth LaLiga title. Barca holds an 11-point advantage over Atletico (as well as a game in hand) with only five matches remaining, including El Clasico on May 6.