Andres Iniesta Signs Off With An Absolute Master Class 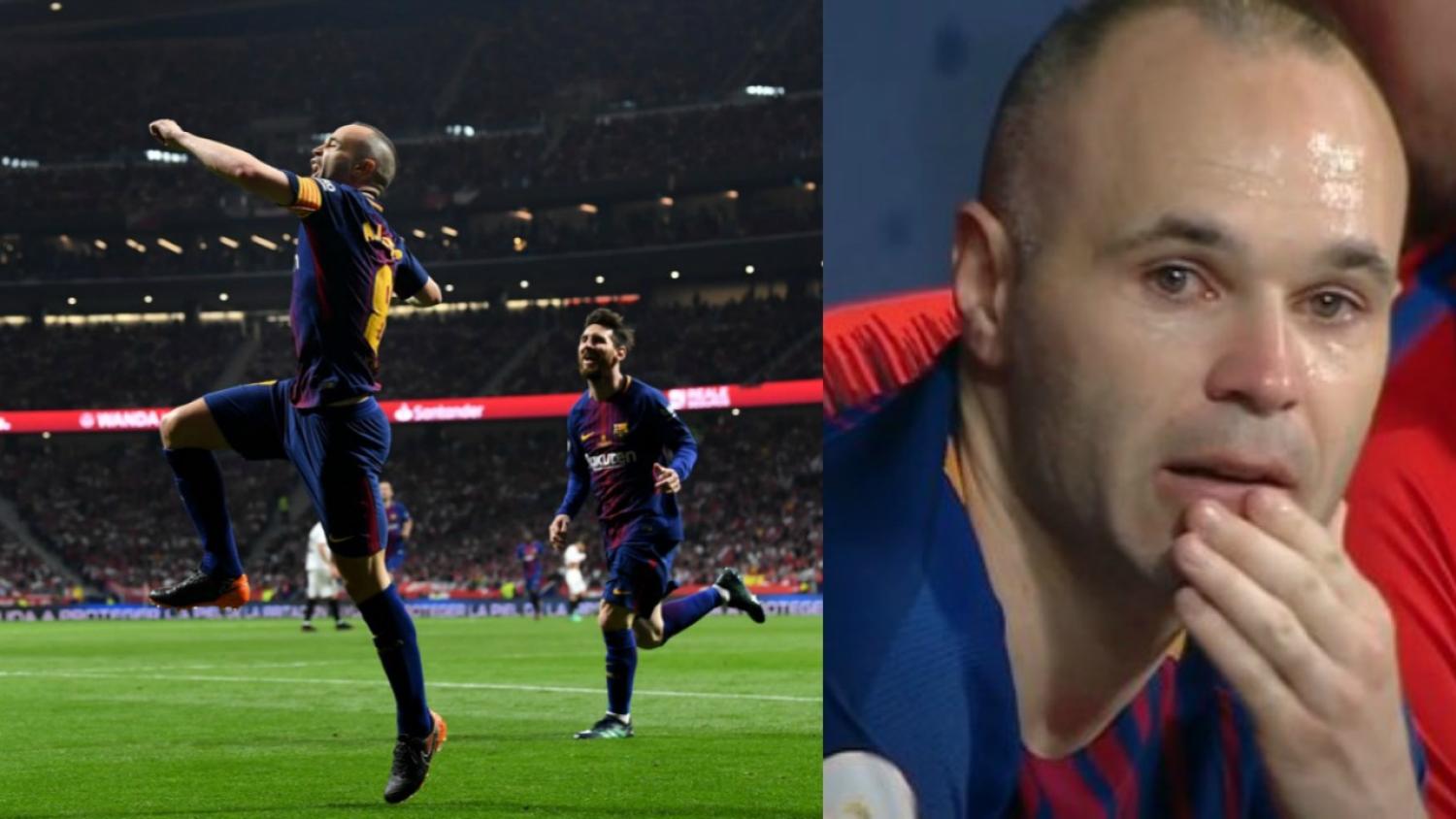 Barcelona thrashed Sevilla 5-0 in the Copa del Rey final to secure their fourth straight title in the competition, and it was the outgoing Andres Iniesta who was at the heart of everything good for the Catalan side.

Earlier this week, it was revealed that the 33-year-old was on the brink of a move to Chinese Super League club Chongqing Dangdai, and the midfield maestro didn’t disappoint in securing his 31st piece of silverware with the club.

Iniesta played a major role in Barcelona’s third goal of the match, playing a one-two with Jordi Alba before the fullback setup Lionel Messi with a fantastic back heel.

The chemistry between Iniesta, Alba, and Messi pic.twitter.com/GikKLk15CY

Iniesta was then subbed off in the 87th minute to a resounding ovation from both sets of supporters inside the Wanda Metropolitano.

Iniesta in tears as he left the field and the entire stadium gets up on their feet to give him a rousing ovation
A true legend of the game is saying goodbye.
Thanks for everything Don Andres. pic.twitter.com/HCgVYE0MwP

He hardly put a foot wrong all match and was given a proper sendoff while lifting the trophy.

| Iniesta with the trophy pic.twitter.com/96rUga1SI7