It’s Official: England Will Lose The World Cup Because Of VAR

Travis Yoesting March 16, 2018
FIFA officially approved the use of VAR at the 2018 World Cup on Friday.

FIFA officially approved the use of video assistant referees at this summer’s World Cup during a FIFA Council meeting on Friday in Bogota, Colombia. After testing the system out at last year’s Confederations Cup, World Cup VAR is sure to annoy all the England fans who like to complain about not having anything to complain about.

FIFA Council approves the use of VARs at the 2018 FIFA World Cup Russia™. More information about the use of Video Assistant Referee at the World Cup on https://t.co/QBHUybxyN3 #FootballTechnology

At the 2017 Confederations Cup in Russia, VAR was a hotly contested issue, particularly in Chile’s matches. It was rough and clearly needed some tweaking. Many were upset that Chile’s fun goal celebrations after a scoring against Cameroon were for naught after VAR ruled Eduardo Vargas offside.

But overall, VAR was a step in the right direction for FIFA. Football is a fast-paced game and referees should be given the benefit of replay for potential match-changing decisions.

For the World Cup VAR, a team of video assistant referees will support match officials from a centralized location in Moscow. These refs will have access to all the broadcast cameras plus two dedicated offside cameras. The assistants can’t make decisions but merely inform the main ref in the decision-making process. It’s a system that, if done correctly and quickly, will ensure officiating decisions do not change the outcome of a match in a negative way.

Of course, there will still be instances where calls will be made incorrectly — that’s unavoidable. But it’s far better than allowing a player to punch the ball into the goal or England to win a World Cup.

Ahh England — the one place where VAR just can’t seem to get any traction. Despite trials in the FA Cup, it doesn’t seem like those in England care for getting calls right. Just look at some of the reaction from Sky Sports announcing the VAR decision on Twitter.

“ENGLAND HAVE WON IT.. Hold on... VAR shows Harry Kane was offside 2 minutes ago so the winning goal won’t count” pic.twitter.com/xo77R1UtCQ

My anticipation for World Cup is reducing

Another good reason not to watch it

Football is going to be a hopeless game, this is a very f**k innovation in football, very boring

That will ruin the tournament then...

The Bundesliga, Serie A, MLS and many other leagues have already adopted VAR; LaLiga will soon follow suit. Yet in England all you hear are complaints about the system, particularly surrounding World Cup VAR. But there are countless instances where the English Premier League would have benefitted from VAR this season alone.

The reason for this, at least from an American’s perspective, is pretty simple: England is full of defeatists, especially when it comes to football. They know deep down inside the Three Lions will lose at least one match because of VAR.

And guess what? They’re probably right. With all due respect to Arsene Wenger, England is a specialist in failure. The country that invented the sport and is home to the globe’s most expensive league has only won one world championship, and that only happened when they hosted the damn thing and were aided by a goal that World Cup VAR never would have allowed. 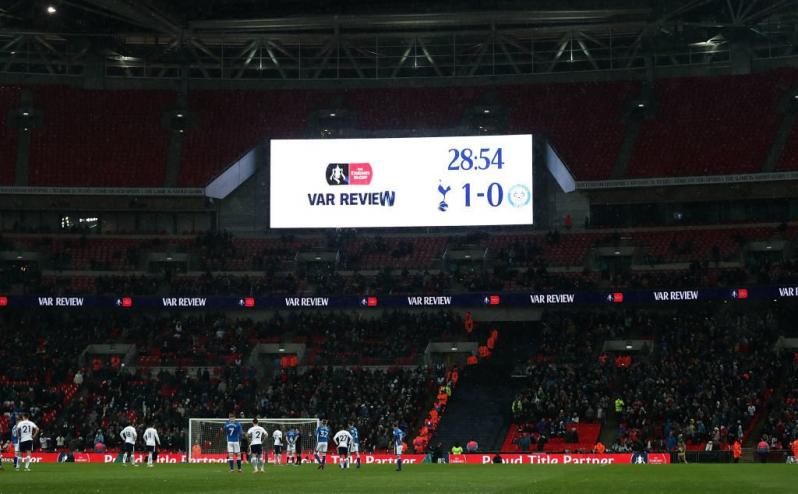 But World Cup VAR would have aided England in 1986 when Diego Maradona scored with the Hand of God, though admittedly VAR could have done little to prevent the Argentine wizard from weaving his way through the entire English defense to score in the same match.

But if there’s one thing to learn in football it’s this: England loves to complain. Many of the proponents against VAR in the country argue that getting the calls right will harm the sport because then what will people talk about after the match. It’s the most absurd argument since reasoning that teachers need to be given guns in the classroom.

English football fans need to realize that there will still be plenty to complain about, even with a smoothly working World Cup VAR. For example, you can complain about how poorly all the Premier League stars play in Russia.

But mostly, you can complain about how England will get kicked out of the World Cup because of a well-executed use of replay. FIFA made it official on Friday.