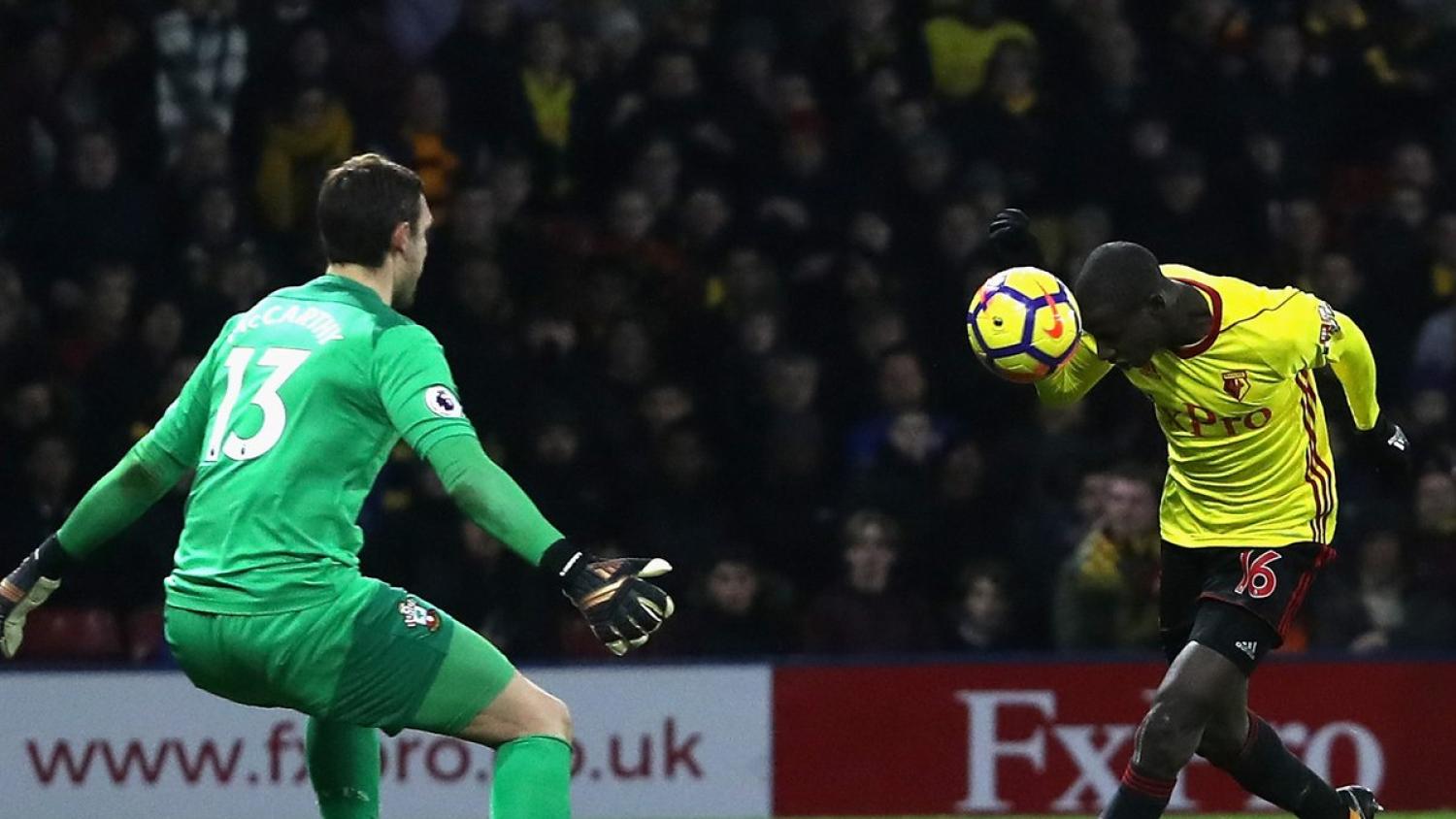 Watford scored a late equalizer against Southampton with a goal that would never stand if VAR was implemented.
@IndyFootball | Twitter

Abdoulaye Doucouré is one cheeky fella. The Watford midfielder took advantage of some poor refereeing and some poor decision-making from the English FA to help earn his team a point with a 2-2 draw. You see, the 90th-minute Doucoure goal vs Southampton was scored with the Frenchman’s hand.

Yes, it’s still illegal to use your hands if you’re not the goalie. And no, England hasn’t joined the rest of the civilized world by adopting VAR. So yeah, the goal stood, and Southampton is rightly livid.

James Ward-Prowse put Southampton up 2-0 with a brace before halftime. Andre Gray pulled one back for the Hornets in the 58th minute. But it wasn’t until Doucouré went Diego Maradona on the Saints that Watford was able to equalize for a stunning draw.

Doucoure clearly scores with his hand instead of his head, completely fooling the ref and his assistants. 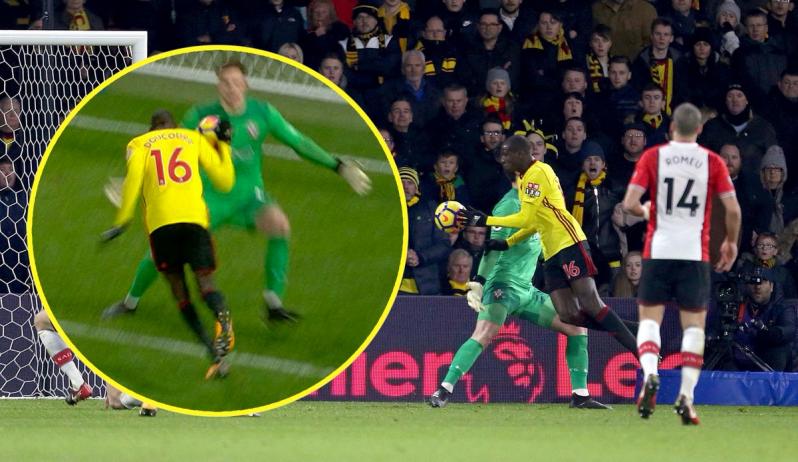 When Maradona scored with his hand against England in the 1986 World Cup, VAR wasn’t even considered an option at the time. The Argentine himself admitted much this summer his goal never would have counted with VAR. But England is a country still in the Dark Ages when it comes to VAR, and the FA’s reluctance to get with the times undoubtedly cost Southampton two points.

The Saints are currently threatened by relegation. The point pulled them up to 16th, but they’re among five teams within four points of the bottom. You can imagine the uproar if Southampton goes down by a point or two at the end of the season.

The Doucoure goal vs Southampton is just the latest proof England must fully adopt VAR as soon as possible. While it’s been toyed with in the FA Cup and Carabao Cup (oddly just for select games, which is arbitrary, unfair and just silly), the Premier League is what fans really care about. The unreasonable argument that VAR would destroy post-match debate is almost as outdated as non-VAR leagues.

Not that Watford cares right now. At least until a call goes against the Yellow Army in the next match.