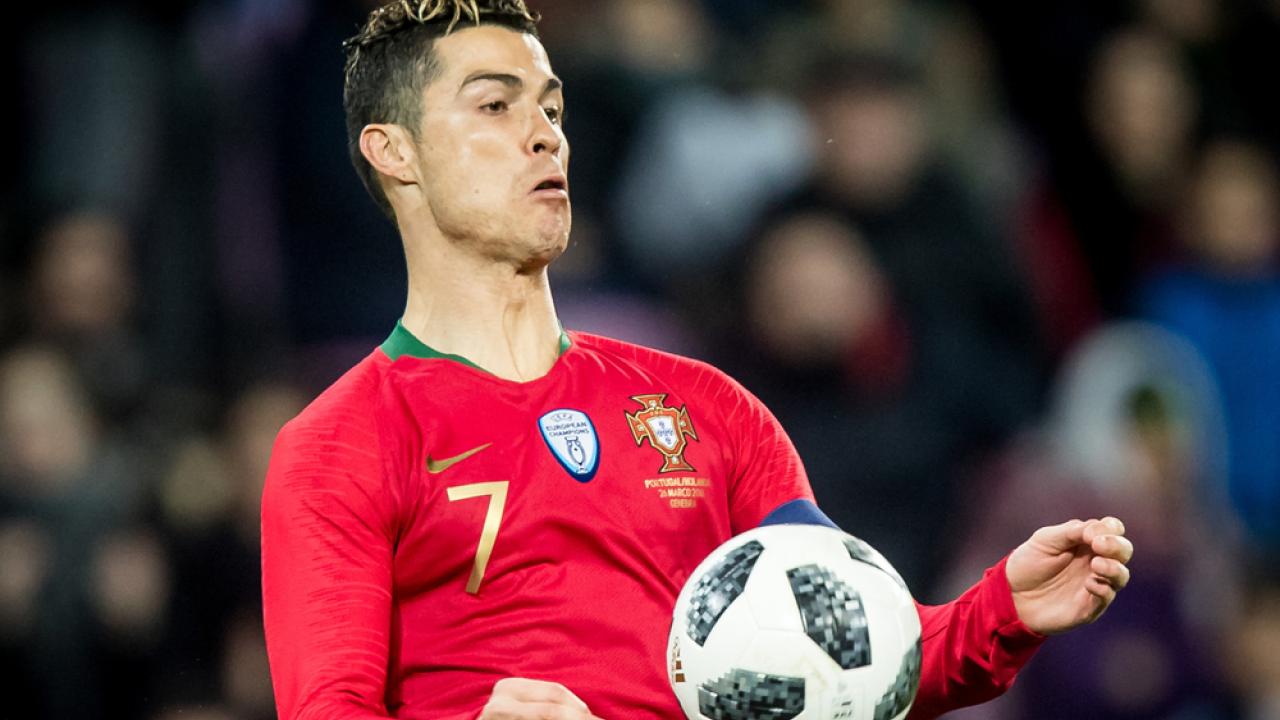 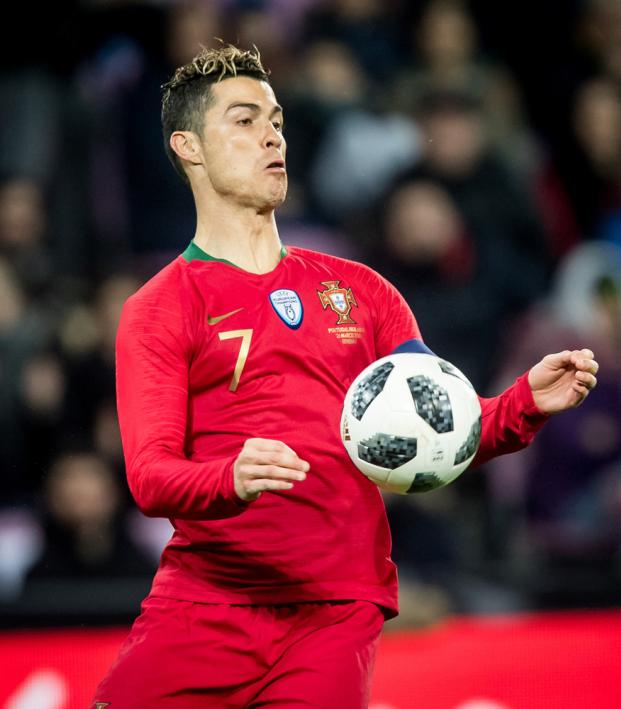 World Cup Rankings Of Doom: Predicting When Each Nation Will Get Bounced

*WARNING: READ THIS OR YOU WILL BE BUTT HURT*

I too know the obvious favorites based off the readily accessible odds that are available to everyone. But upsets do happen at the World Cup. In fact, they happen every single tournament. Every. Single. Time.

So if you want to see traditional power rankings with all the countries lined up entirely how you’d expect them to be, go to ESPNFC or something. Have fun reading that.

I’m going to pick some upsets.

I also hope you notice these rankings go in order from when a nation will be eliminated from World Cup contention. It follows that teams in Group A or Group B are eliminated before teams in Group G or Group H. That’s how the schedule works, so don’t get mad at me.

Portugal gets thumped by Spain, and then the European champions are shocked by Morocco in Moscow. They’re the first nation to be officially eliminated from Round of 16 contention. It’s incredible; it’s unimaginable; it’s the World Cup.

It goes without saying, but this team peaked at Euro 2016 (and they were very nearly bounced at the group stage back then). The defense has aged, the midfield is limited (the spark that Renato Sanches provided at the Euros will be tough to replicate) and this setup just isn’t tailored to get the most out of Cristiano Ronaldo 2.0.

The Green Falcons lose an emotive curtain raiser to Russia (you gotta watch it) and then get manhandled by Uruguay. Boom. That’s it. Saudi Arabia is eliminated from Round of 16 contention on June 20, just hours after Portugal.

Carlos Queiroz’s charges lose to a surging Moroccan side to open play, and then they are overwhelmed by Spain to make it two defeats from two matches. They too are eliminated on June 20, just hours after Saudi Arabia.

A heartbreaking defeat to a Christian Eriksen-inspired Denmark side is quickly compounded by a French beatdown. Reaching Russia was a masterful achievement by the Peruvians, but they’re sent packing with their final match against Australia becoming something of a dead rubber.

Not this time for the Ticos. Just like the 2017-18 Champions League, fortune will favor the bold this summer, and Costa Rica’s pragmatic approach will doom them against both Serbia and Brazil. Just never forget that they beat the USMNT 6-0 on aggregate over the course of the Hex.

After Iceland loses its opener to Argentina and Nigeria suffers defeat to Croatia on match day one in Group D, the two defeated nations meet in Volgograd with the stench of desperation heavy in the air. The Icelandic fairy tale is quickly transformed into a nightmare as the likes of Victor Moses and Ahmed Musa prove electric in the attacking third.

The Swiss come into the tournament as the world’s sixth-ranked team, but an opening defeat to Brazil followed by another loss, this one to a Serbia team that’s quickly looking like the competition’s dark horse, sends the Alpine Messi and company packing.

Los Canaleros lose to Belgium and then England. That’s it. It’s a remarkable trial by fire for a nation’s first-ever World Cup, but take nothing away from how they reached Russia in the first place.

Japan’s got some issues heading to Russia. Those issues are immediately clear following defeats to Colombia and Senegal, and that’s followed by a third and final defeat to Poland. The Samurai Blue are home before the postcards, triggering a lot of introspection and questions of “how do we quickly replicate Germany’s system?” throughout the Japanese Twittersphere. It’s a question as old as time.

After losing to Uruguay in its opening match without talisman Mohamed Salah, Egypt can only muster a draw against Russia in an extremely cagey game on June 19. The Pharaohs defeat Saudi Arabia on the final Group A match day, but Russia and Uruguay play to an amicable draw to send Cleopatra’s men* crashing out.

*Cleopatra: A Life is the book I’m currently reading, and I highly recommend it to everyone out there.

Australia is defeated by France in Kazan to open proceedings, but the Socceroos play Denmark to a spirited draw on match day two in Group C. The Aussies head to Sochi with a chance of squeaking into the knockout round, but a motivated, albeit already eliminated Peru side records its first World Cup victory since 1978.

Nigeria rebounds from an opening defeat to Croatia by bouncing Iceland, setting up a pulsating final match between the Super Eagles and an Argentina side that’s still sweating it’s own place in the Round of 16. Lionel Messi takes control of the match and that’s that for Nigeria. There’s no shame in sinking via a Messi hat trick.

After opening with a dour draw against Sweden, South Korea takes the L against Mexico at Rostov Arena. This leaves Son Heung-min’s boys needing a win against Germany on match day three to progress, and that doesn’t happen.

I’m not sure I agree with myself here, because this Sweden side is a lot better than most people think (including myself). This is some heady stuff.

However, an opening draw against South Korea greatly complicates things, and the vanquishers of both the Netherlands and Italy are unable to defeat Mexico in Yekaterinburg. They’re going home.

Senegal proves an extremely difficult out in Group H, and Poland suffers the consequences with four points from three group stage games (Colombia gets seven, Senegal five). It’s the narrowest of margins at a World Cup, and a contentious decision somewhere along the way greatly adds to the pain experienced by Robert Lewandowski and Poland here (you can just call me The Oracle of Fabian Delphi).

Tunisia is defeated by England in its opener, but the Eagles of Carthage manage a draw against the enigma that is Belgium in match two. Tunisia then defeats Panama, but results elsewhere conspire to send the African side home. I think.

By virtue of finishing runner-up in Group D, Croatia will play France, winners of Group C, to open the knockout rounds. This’ll be a fascinating battle between two of most star-studded midfields on the planet, but Croatia can’t match France’s firepower up top.

Surprise Group B runner-up Morocco (“YOU KNOW NOTHING, THE18”) takes on Uruguay in Sochi in the day’s second Round of 16 matchup. It’s an extremely exciting game with legendary status beckoning the victors, and Edinson Cavani comes through in the clutch for La Celeste. Morocco IS OUT.

Russia keeps the party going into July, but the hosts are throttled by Spain in the Round of 16. That’s the most they could’ve hoped for.

Argentina will be happy to see Denmark in the Round of 16 — a side that’s no slouch, but one that’s style won’t greatly trouble the obvious weaknesses that’ve continuously haunted Messi and company. Denmark kisses the Jules Rimet trophy goodbye.

Can Mexico break its Round of 16 curse? No, because they’ll come up against Brazil at the wonderfully named Cosmos Arena in Samara. It’s an unfortunate road for El Tri — the Selecao are simply too good to be eliminated at this stage.

Senegal’s dream run to the Round of 16 comes to an end against England, which takes advantage of Belgium’s slow start to win Group G. The Lions of Teranga will push the Three Lions to the end, but England achieves its first quarterfinals appearance since 2006.

It was a valiant run to the Round of 16 with Aleksandar Mitrovic banging in the goals, but an encounter with Germany is a step too far for the Eagles.

Colombia is overjoyed at winning Group H, but its reward is a Round of 16 match against slow starters Belgium in Moscow. Belgium starts to click against a Colombia side that’s all too willing to try to soak up pressure from the likes of Eden Hazard and Dries Mertens.

A collection of the world’s greatest strikers meets in Nizhny Novgorod for an all-timer. Historically speaking, Uruguay-France sets the pulse racing, and this should be a full-blooded, Luis Suarez-acts-like-a-maniac, 3-2 after extra time sort of game. France goes through.

Lionel Messi comes up against Spain in a dream quarterfinal clash for television executives around the planet. Argentina begins the match by taking it to Spain, but in the 26th minute, Sergio Ramos uses his judo moves to take Messi to the floor and separate his shoulder. Messi is subbed off and an Argentine lawyer tries to sue Ramos $1.2 billion.

England’s refreshing run to the quarterfinals is brought to a halt against Brazil. Neymar puts in a spectacular individual performance and English tabloids immediately shift into overdrive with regards to Man United/Man City/Chelsea transfer speculation (it doesn’t work — Neymar signs for Real Madrid after the tournament).

It’s another solid but unspectacular showing from Belgium’s golden generation at a major final, this time ending with a quarterfinal defeat to Germany.

Spain-France is effectively too close to call, but Les Bleus have just a bit more cutting edge to their play, and they’ve started to play some of the best football in Russia at this point. France win, 2-1.

It just has to happen. A rematch of the infamous 2014 semifinal goes down in Moscow, and although the match comes nowhere close to 7-1, Germany again gets the better of Brazil to advance to the final.

The 2018 FIFA World Cup Final is a rematch of the Euro 2016 semifinal clash in Marseille, where Antoine Griezmann put Germany to the sword at the Velodrome. This time it finishes 1-0 to France.