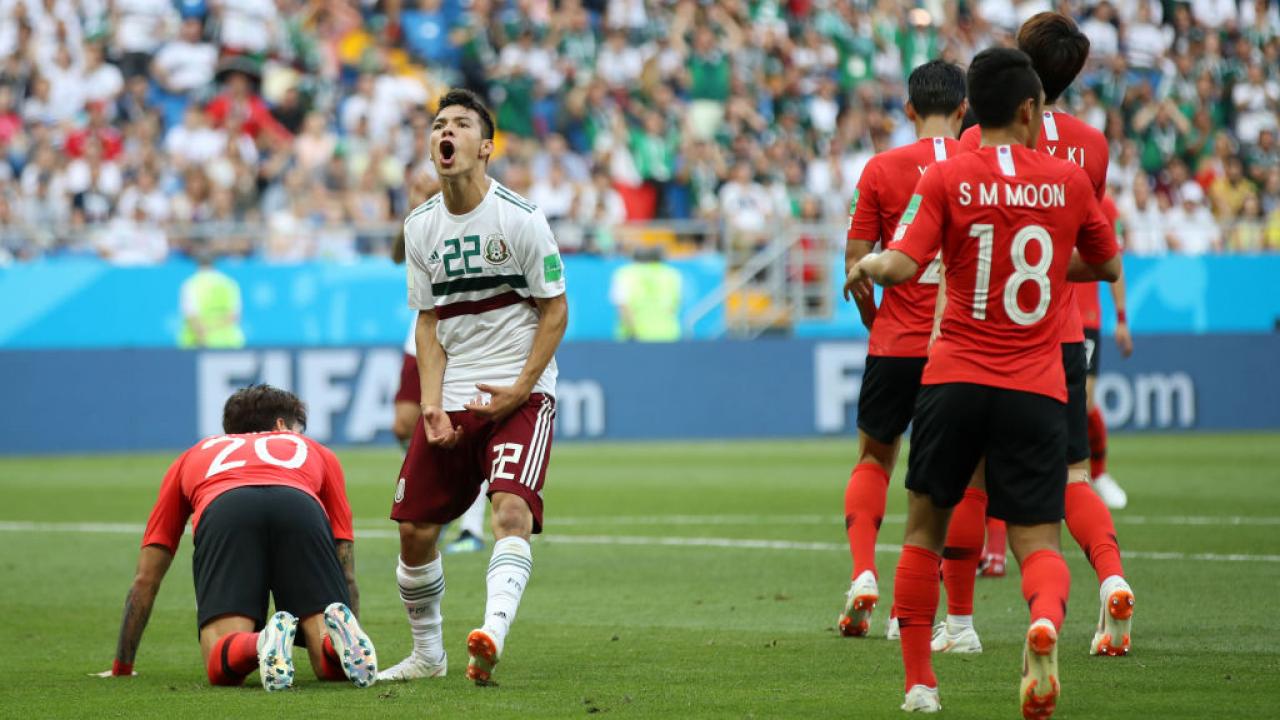 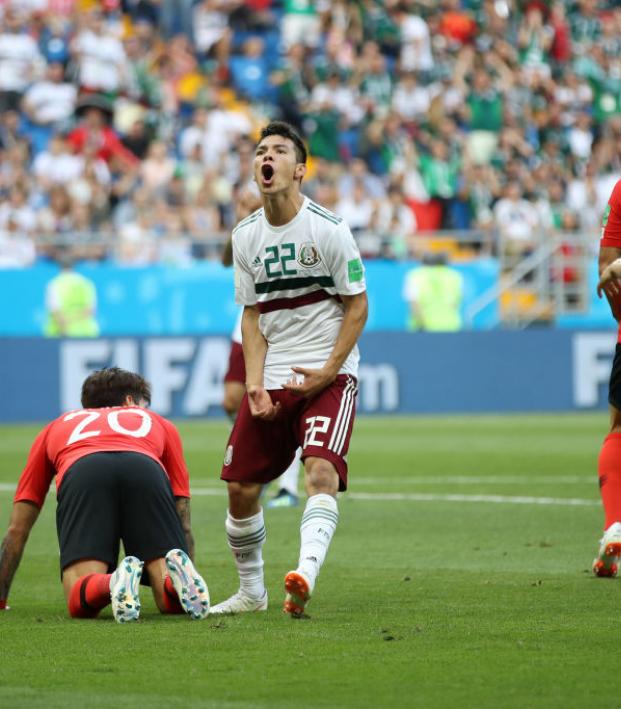 Tabaré Azcona July 2, 2018
The Mexico winger is off to a great start in the world cup. Learn all about where he is coming from and where he is probably headed.

Who is Chucky Lozano? Mexico’s Hirving "Chucky" Lozano is, like France’s Kyllian Mbappé, one of this World Cup’s rising stars.

But where did he come from and where is he headed?

Hirving Lozano came out of Club Pachuca’s football academy. The institution has been a cradle for young Mexican talent, forging the likes of Héctor Herrera, Jürgen Damm, Rodolfo Pizarro and Erick Gutiérrez.

Chucky Lozano plays as a winger, and his strongest attributes are speed, dribbling and shooting accuracy. Chucky is one of Mexico’s most charismatic players. His youth, joyful disposition and goal scoring rate make him a fan favorite.

Moreover, his nickname "Chucky" has a fun origin story with pop culture resonances.

At only 18 years of age, Lozano's career was off to a riveting start. He made his Liga MX debut on February 8, 2014, as Pachuca visited Club América at the Estadio Azteca. It took only five minutes for Lozano to score his first professional career goal, and he gave his team a 1-0 victory over Las Águilas.

Pachuca were runners-up that tournament, falling to Club León in the final. However, Hirving "Chucky" Lozano scored in the first leg of the final.

Pachuca would ultimately become Liga MX champions in the 2016 Clausura, with Lozano featuring as a key to the team’s success. Moreover, in April of 2017 Lozano won the CONCACAF Champions League Golden Boot after finishing as the competition’s top scorer wth eight goals.

It wasn’t long before his remarkably good performances for Pachuca caught the eye of some European teams. It was PSV Eindhoven who put the best offer on the table, signing Lozano in June of 2017.

The Dutch powerhouse reportedly payed $17.4 million for Lozano and signed him until 2023.

As the new challenge in his career arrived, Chucky surpassed all expectations: he managed to score in three consecutive Eredivisie matches, thus surpassing the Brazilian Ronaldo's record.

During his first few weeks as a PSV Eindhoven player, Lozano was named Eredivisie Player of the Month. Lozano’s astonishing performances placed him among the Eredivisie’s top scorers.

Chucky scored a total of 17 goals and added eight assists in the league. He became Eredivisie champion in his first season playing for PSV.

During the CONCACAF World Cup qualifiers, it was a Hirving Lozano goal against Panama that officially qualified Mexico to the 2018 World Cup.

Prior to the start of the World Cup, Chucky delivered a remarkable performance in a friendly against Belgium, scoring a remarkable banger.

Perhaps Chucky’s career hallmark moment thus far has been this Hirving Lozano goal vs. Germany in the World Cup opener for El Tri.

Lozano is presently rumored to be one of this summer transfer window’s biggest transactions. Powerhouses like Barcelona, Real Madrid and Liverpool are said to be interested in signing the young Mexican.

However, there are also other transfer options that may prove better for him.

It is key that Lozano continues to play frequently so he can improve his level as much as possible. It would be a shame if he got signed by a European giant and did not get enough minutes.

The unfolding of the tournament and Chucky Lozano’s performances will very likely affect the level of interest, the number of potential buyers and the value of his potential transfer.

Whatever the case, it seems like Chucky will not remain at PSV for much longer, as he looks poised to migrate to one of Europe’s powerhouses.

But it is not only his skill that sets Lozano apart from most players. After Mexico’s historic victory over Germany, Chucky was asked whether El Tri could henceforward be “disrespecful” to football’s traditional powerhouses.

To this, Lozano replied it was not a matter of being disrespectful but rather of competing fearlessly against anyone.

Chucky Lozano’s winning mindset definitely matches his potential. Time will tell just how much he will be able to live up to the expectations.