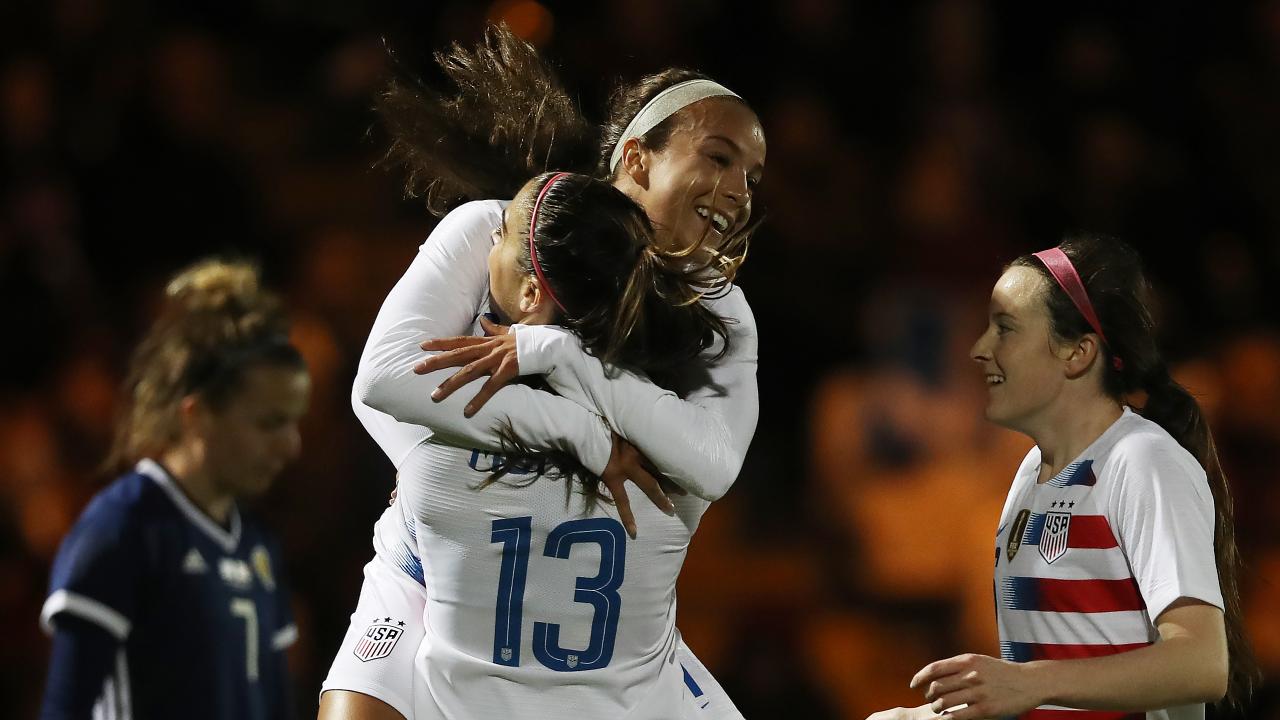 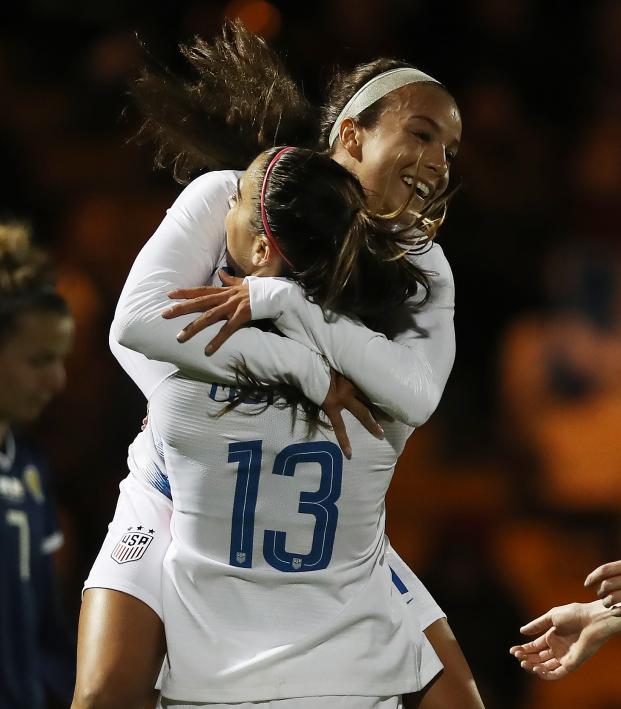 The USWNT concluded an unbeaten year with a 1-0 victory over Scotland on Tuesday in Paisley, Scotland. And a familiar face was responsible for the goal yet again for the No. 1-ranked team in the world.

The #USWNT will take a 28-game unbeaten streak into its World Cup year. pic.twitter.com/UOfxsH1N5y

Tuesday’s match against Scotland was the final one of the year for the U.S., which won three trophies in 2018: the SheBelieves Cup, Tournament of Nations and Concacaf Women’s Championship.

But 2018 was always going to be about preparing for 2019 — namely, the 2019 World Cup. And with that in mind, the U.S. is looking like a heavy favorite to lift the trophy in France next summer.

The USWNT hasn’t lost since July 27, 2017, a 1-0 defeat to Australia in the Tournament of Nations, the only time in the last 32 matches the U.S. has failed to score. Coach Jill Ellis’ team hasn’t allowed a goal in 884 minutes, when Brazil took a brief early lead on an own goal on Aug. 2.

The USWNT now has 501 wins all time after recording its 500th in a friendly against Portugal on Thursday.

On Tuesday in a rare road game, the U.S. controlled the tempo from the outset, with center backs Becky Sauerbrunn and Abby Dahlkemper combining for about a billion passes in the opening half. However, it was Scotland that had the first great chance, as Morgan was forced into making a goal-line clearance off a corner kick.

Less than 10 minutes later, Morgan was making a difference on the other end of the pitch, when Mal Pugh sailed in a cross from the right wing. Morgan was first to reach the cross, placing it into the back of the net with her weaker foot with aplomb.

The U.S. had a number of opportunities to increase the lead in the second half, starting when Shannon Lynn made an impressive reaction save on a deflected Julie Ertz shot.

With just over an hour played, Pugh went down in the box to earn the USWNT a penalty kick. Admittedly there wasn’t much contact from defender Kirsty Smith (did Pugh dive?), but it didn’t matter because Lloyd smashed the spot kick off the crossbar.

PEANAS DO NA STÀITEAN!
The USA win a penalty, Scotland not happy!

Scotland created a couple chances of its own late — they were only outshot 10-8 despite having just 34 percent of possession — but the U.S. maintained its streak of not allowing any goals in nine matches. The USWNT is now 4-0 all time against Scotland.

With the 2018 schedule complete (and the NWSL season over), the USWNT players will get a much-needed break over the next couple of months. The next time the team will be in action is a friendly against 2019 World Cup host (and one of the favorites) France on Jan. 19. The 2019 World Cup will begin on July 7.