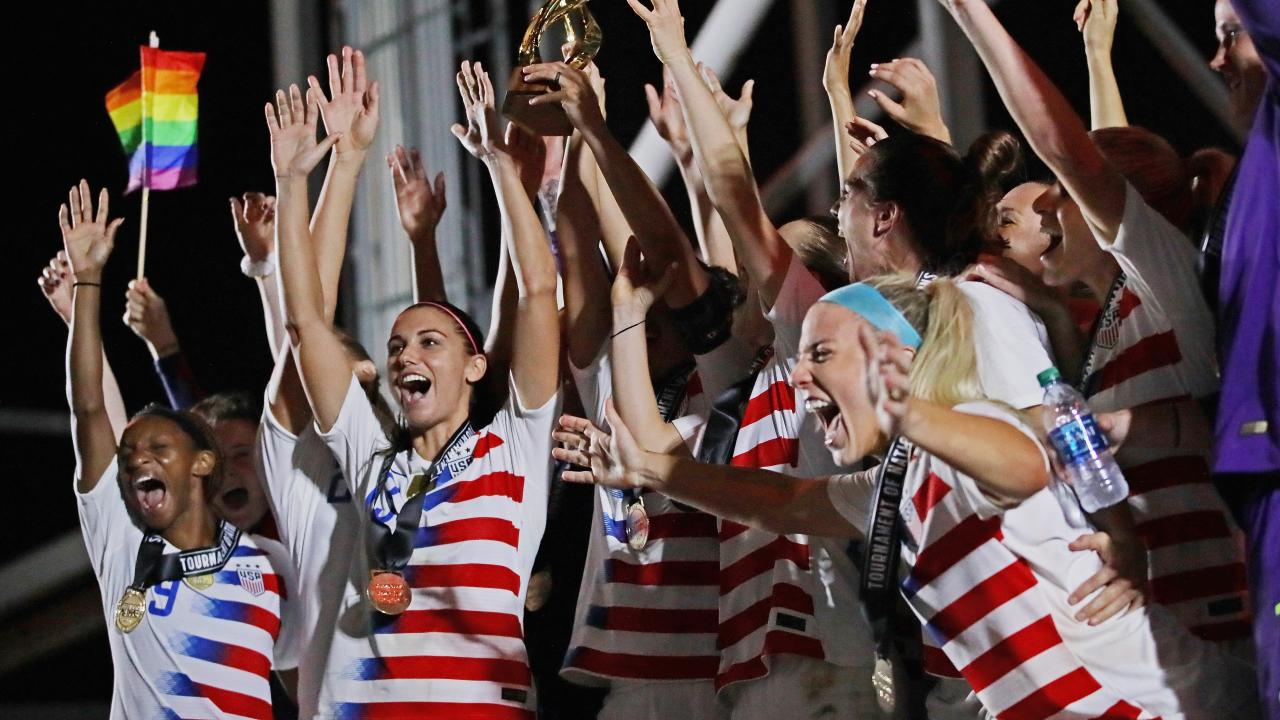 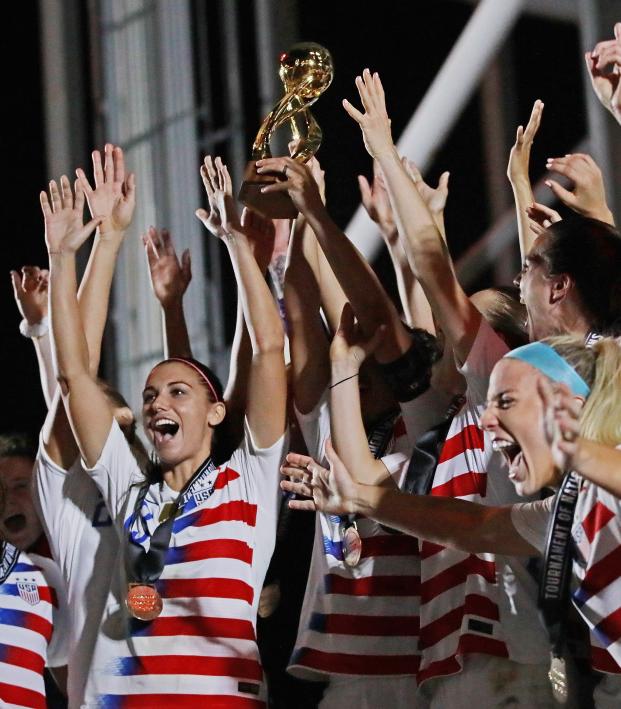 Hannah Lichtenstein August 3, 2018
Lavelle, Ertz, Heath and Morgan all got on the board as the U.S. cruised to a 4-1 victory.

Down a goal in the first half, the U.S. women’s national team came back and then some on its way to winning the Tournament of Nations on Thursday night in Chicago. The team went undefeated and put away nine goals in the three-game series, lifting its first ToN trophy and continuing to build its case as 2019 World Cup favorite with a 4-1 win for the USWNT vs Brazil.

It wasn’t a pretty start for the defending world champs as they went down early due to a Tierna Davidson own goal against the run of play. Brazil’s Beatriz blazed down the left flank and whipped in a ball to the middle. The 19-year-old Stanford defender slid to clear the danger only to hit past Alyssa Naeher into her own net.

Fans who were thinking this would be a repeat performance of the game against Australia on Sunday were sorely mistaken. The U.S. women would go on to score four unanswered goals and dominate the South Americans all around the pitch.

The torrent began at the hands, erm foot, of Rose Lavelle. After struggling a bit with injuries over the past several months, the Washington Spirit midfielder was given the start and reminded us again as to why she’s so highly touted as the future. Lavelle finished a beauty of a half volley off of a service from Lindsey Horan to tie it up in the 33rd.

We will absolutely accept this ! @roselavelle strikes it first-time and buries the equalizer for the #USWNT. pic.twitter.com/XeymRi10y4

The U.S. went into the locker room at the half 1-1 but took just eight minutes in the second to pull ahead. The move started with Tobin Heath doing Tobin Heath things — breaking Brazilian ankles on the one-on-one. Heath floated a ball to the back post where Julie Ertz smashed it in, streaming into the box at a pace that can only be described as an mph of which you do not want to get in the way.

Heath then turned from provider to scorer for the U.S. third in the 61st. Alex Morgan laid the ball off at the top of the 18 for Heath, who tucked it into bottom left corner.

Things went from bad to worse for the Brazilians in the 77th thanks to the Megan Rapinoe-Morgan connection, which really is the gift that keeps on giving for the U.S. Morgan, who is quite simply, so hot right now, made Brazil’s defense pay for some poor marking by getting on the end of Rapinoe’s service off a free kick.

When life gives you a @mPinoe cross... pic.twitter.com/20I9sojmdq

The victory for the USWNT vs Brazil gave the U.S. its first Tournament of Nations trophy and a whole lot for the team, coach Jill Ellis and fans to be excited about going into World Cup qualifying in a few weeks.