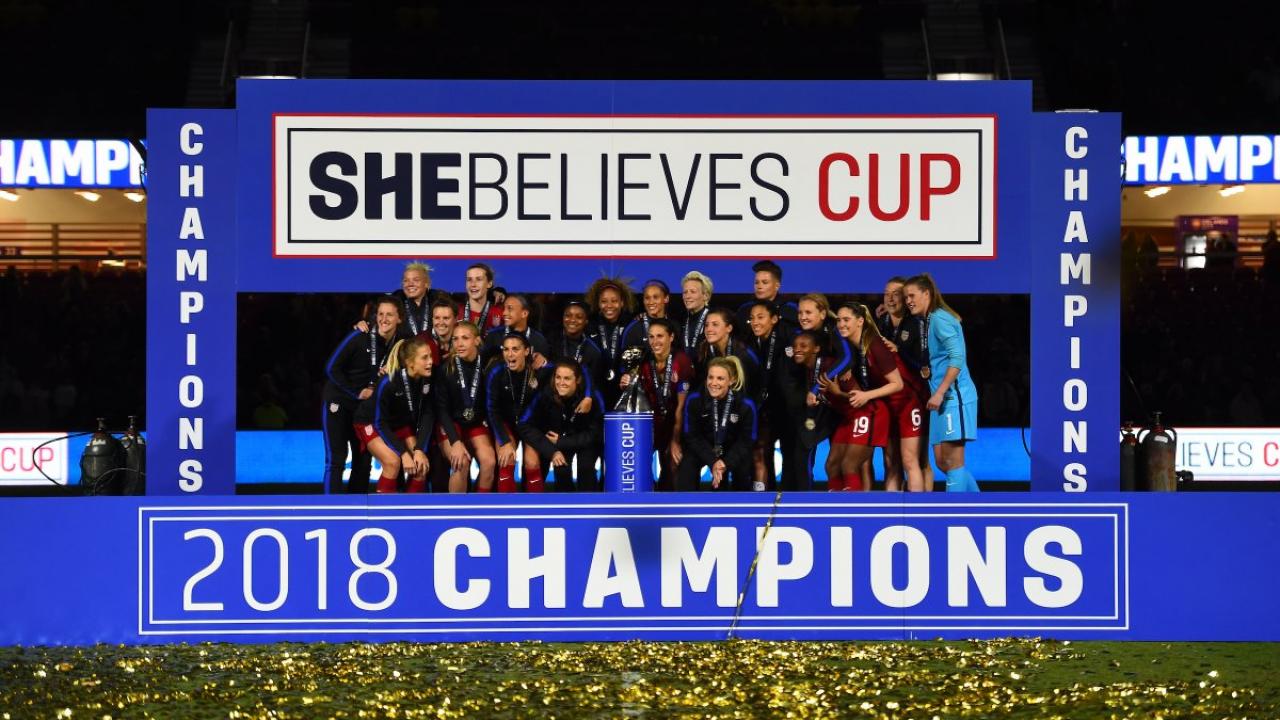 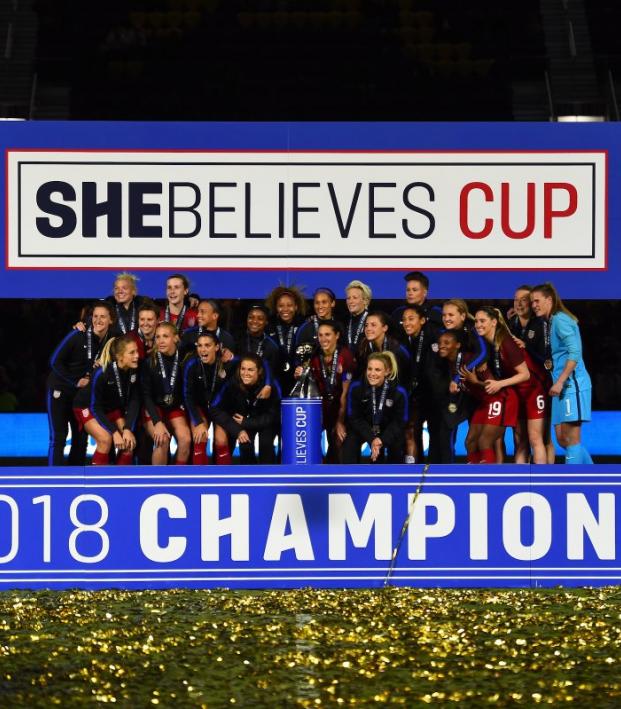 The USA Wins The SheBelieves Cup

Sam Klomhaus March 7, 2018
The USWNT's 1-0 victory over England in the last match of the SheBelieves Cup was enough to give the Yanks first place in the tournament.

England channeled the spirit of Robert Green against the USWNT Wednesday, conceding a very silly own goal on the way to a 1-0 USA victory that gave the Americans the SheBelieves Cup.

Megan Rapinoe's cross/shot was eventually knocked into the England netby goalkeeper Karen Bardsley for the only goal of the night in the 58th minute.

England will consider themselves unlucky and the USA will not care that they got lucky. Such is life in international tournament play (even friendlies).