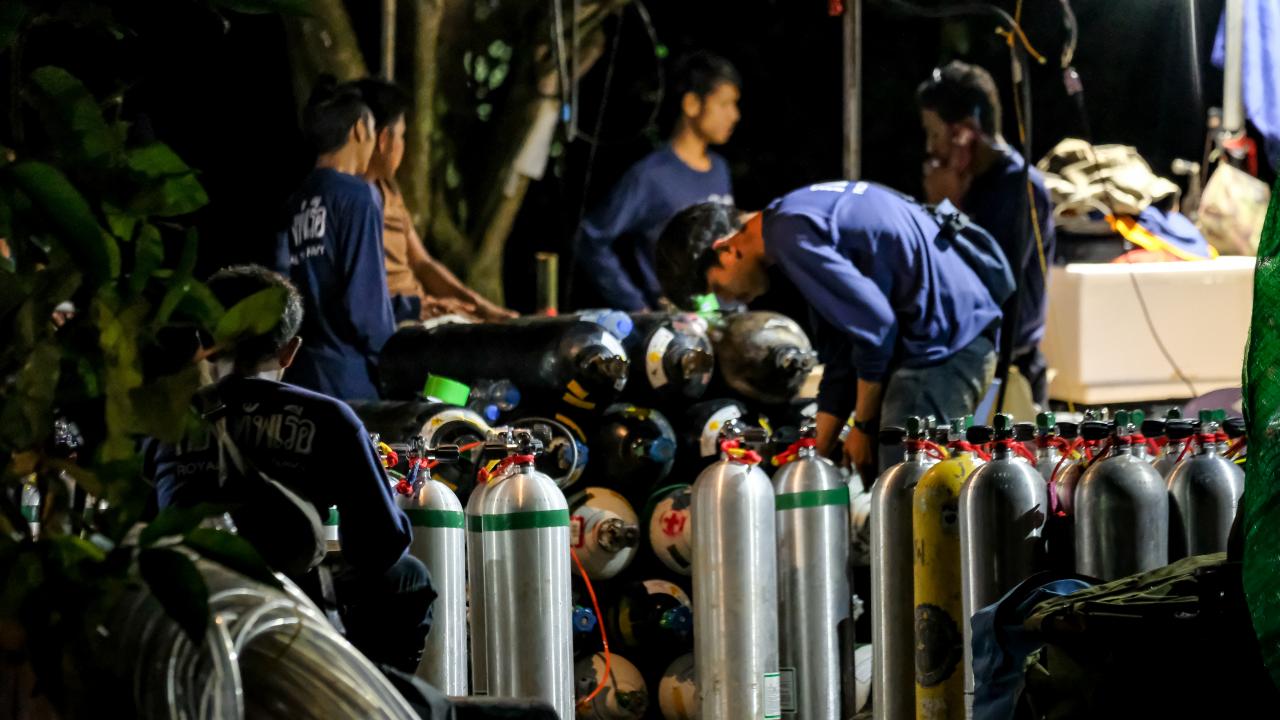 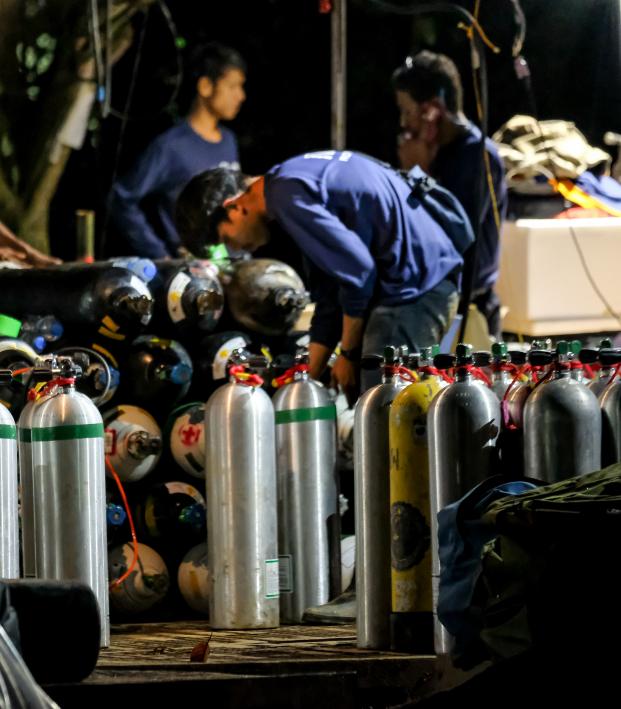 Connor Fleming July 8, 2018
Eight boys and their coach remain at the original location with the operation set to continue in no more than 20 hours.

Four of the players from the Wild Boar soccer team in Thailand have been successfully rescued from the Tham Luang caves in Chiang Rai province, but eight boys, ages 11 to 16, and their 25-year-old coach remain underground with the operation set to resume in 10 to 20 hours. The Thai soccer team cave rescue began this morning when a team of divers worked to help the boys travel one kilometer underwater before emerging and being taken to a hospital in Chiang Rai.

The death of a volunteer diver and the potential for rain on Saturday and throughout Sunday had heightened the graveness surrounding the situation, but today’s operation was heralded as a “masterpiece work.”

The four boys were on stretchers when they emerged from the cave. They’re now in hospital, some via chopper, some via road ambulance. Rescue mission to resume after masks/gear checked over and tanks replenished #tennews #thamluangcave #thaicaverescue

“Today was the best situation — in terms of kids’ health, water and our rescue readiness,” said Narongsak Osatanakorn, head of coordinating the effort. “Four have been [brought] out from the cave site, four have been rescued. We consider that a great success. … Our job is not completely done. We will have to do the next mission as successfully as the one we did today. The rest of the kids are in the same spot.

“Air tanks and systems have to be put in place again. I can’t tell you exact timing of the next operation but I can say it will be more than 10 hours to 20 hours. It will not be more than 20 hours. I have to check all factors are stable. The operation then will be carried out.”

The soccer team has been trapped in the cave for 16 days. Rescuers found the missing soccer team in Thailand last Monday after a nine day search and rescue operation. Twelve members of the Wild Boar soccer team and their coach had not been seen since June 23.

Some of the team's belongings were spotted outside the cave the day they disappeared. The boys and their coach were exploring popular caves in the Chiang Rai province in northern Thailand.Rains flooded the tunnels through which the boys had navigated to enter, preventing them from exiting the same way.