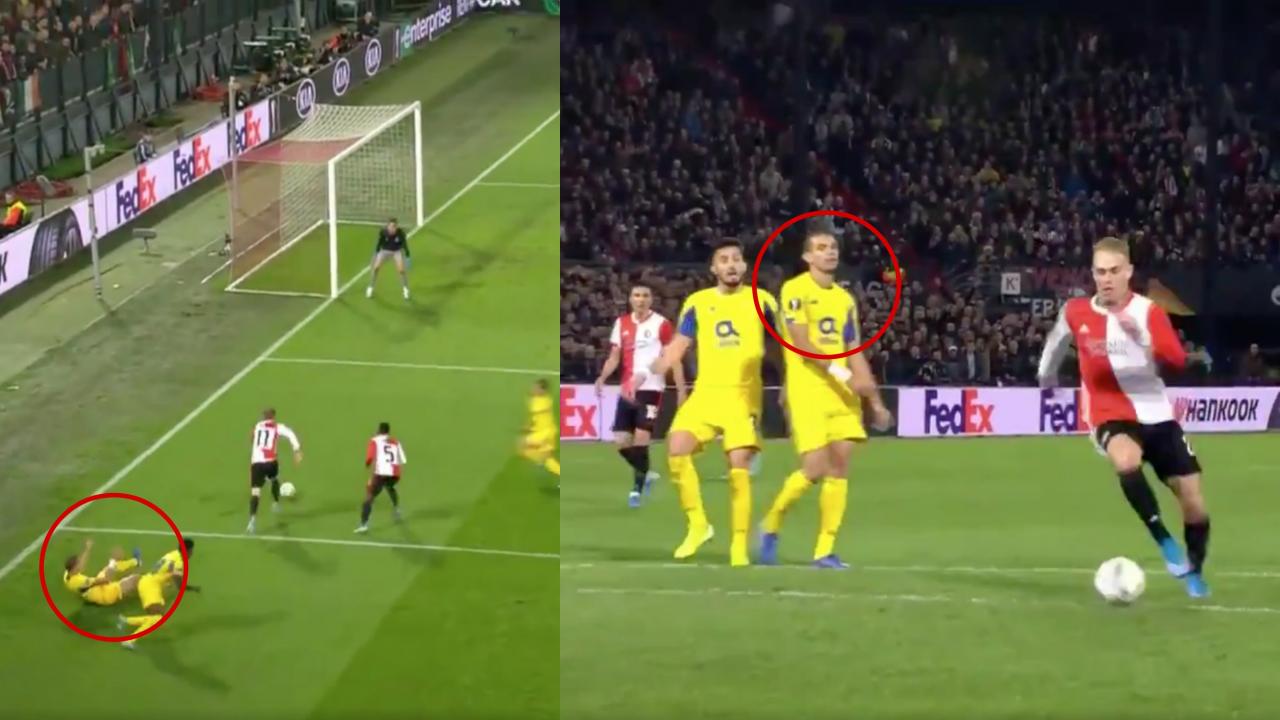 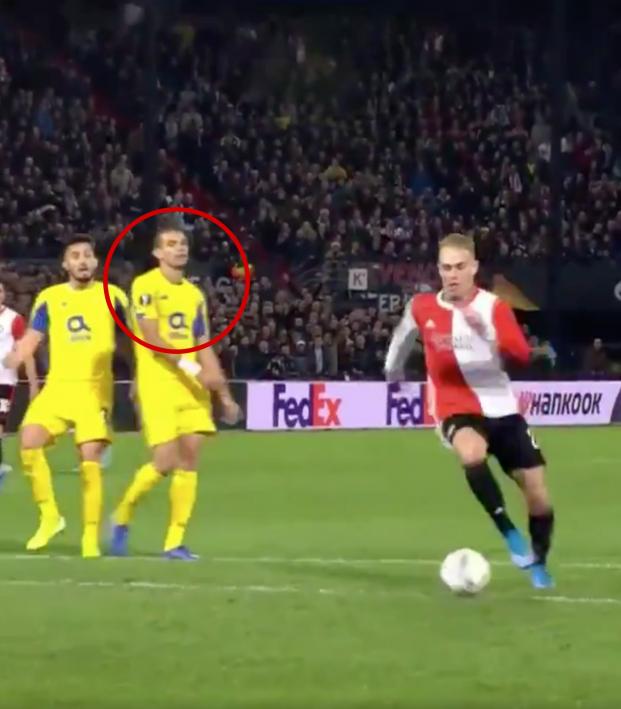 Pepe, Once A Great Enforcer, Now Has The Will Of A Coward

Travis Yoesting October 3, 2019
Remember when former Real Madrid CB Pepe was a fearsome defender? Now he doesn’t give a damn.

There was a time, not so long ago, when Pepe was one of the world’s fiercest defenders. He might not necessarily have been the best defender tactically and certainly wasn’t the cleanest of tacklers, but goddamnit he was not going to let you score without at least putting either a cleat or elbow into your cranium, usually both.

Pepe won three Champions League titles with Real Madrid and a European championship with Portugal. He left Los Blancos unceremoniously in 2017 and spent some time at Beşiktaş in Turkey before returning for a second stint at Porto, where he immediately reminded everyone of his will to do everything physically possible to keep opponents from scoring.

That defensive will, however, appears to have all but disappeared, if this latest Europa League match against Feyenoord is anything to go by.

Porto traveled to the Rotterdam for its second Group G match on Thursday knowing a win would put it atop the group standings and in prime position to qualify for the knockout rounds.

Thanks to two hapless plays from Pepe, Porto suffered a 2-0 defeat, falling to the bottom of Group G on goal difference (all teams are tied on three points).

Feyenoord opened the scoring in the 49th minute through Jen Toornstra. Pepe had every chance in the world to clear the ball away from danger, but instead clumsily tripped over the ball like a baby deer just learning to walk, allowing Sam Larsson to send in a looping, deflected cross that Toornstra lightly poked into the back of the net.

Exactly how they drew it up  pic.twitter.com/OnB3Dis4T1

As bad as Pepe looked on that play, it doesn’t compare to what he did on Feyenoord’s second goal.

After a bad giveaway by Danilo Pereira, Feyenoord right back Rick Karsdorp scythed through the entire Porto team before finishing smartly past Kenneth Vermeer in the 80th minute.

Absolutely sliced through the defense  pic.twitter.com/rsfwJhkezR

It was a brilliant solo goal, aided by the Porto defense parting the seas for Karsdorp to run through.

And take a second look at Pepe’s effort.

Simply pathetic. It’s almost as if he got out of Karsdorp’s way instead of trying to stop him.

Pepe has been criticized for unnecessarily heavy tackles or playing dirty, but to simply give up on a play is a shock to see from the 36-year-old.

One wonders if Pepe’s will is truly gone or if he had some money riding on a Feyenoord win, but it’s sad to see a player who once had such passion for the game no longer giving any effort on the pitch.

For a Thursday throwback to a simpler time when you knew what to expect from Pepe (skullduggery), here’s a montage of some of his greatest hits.