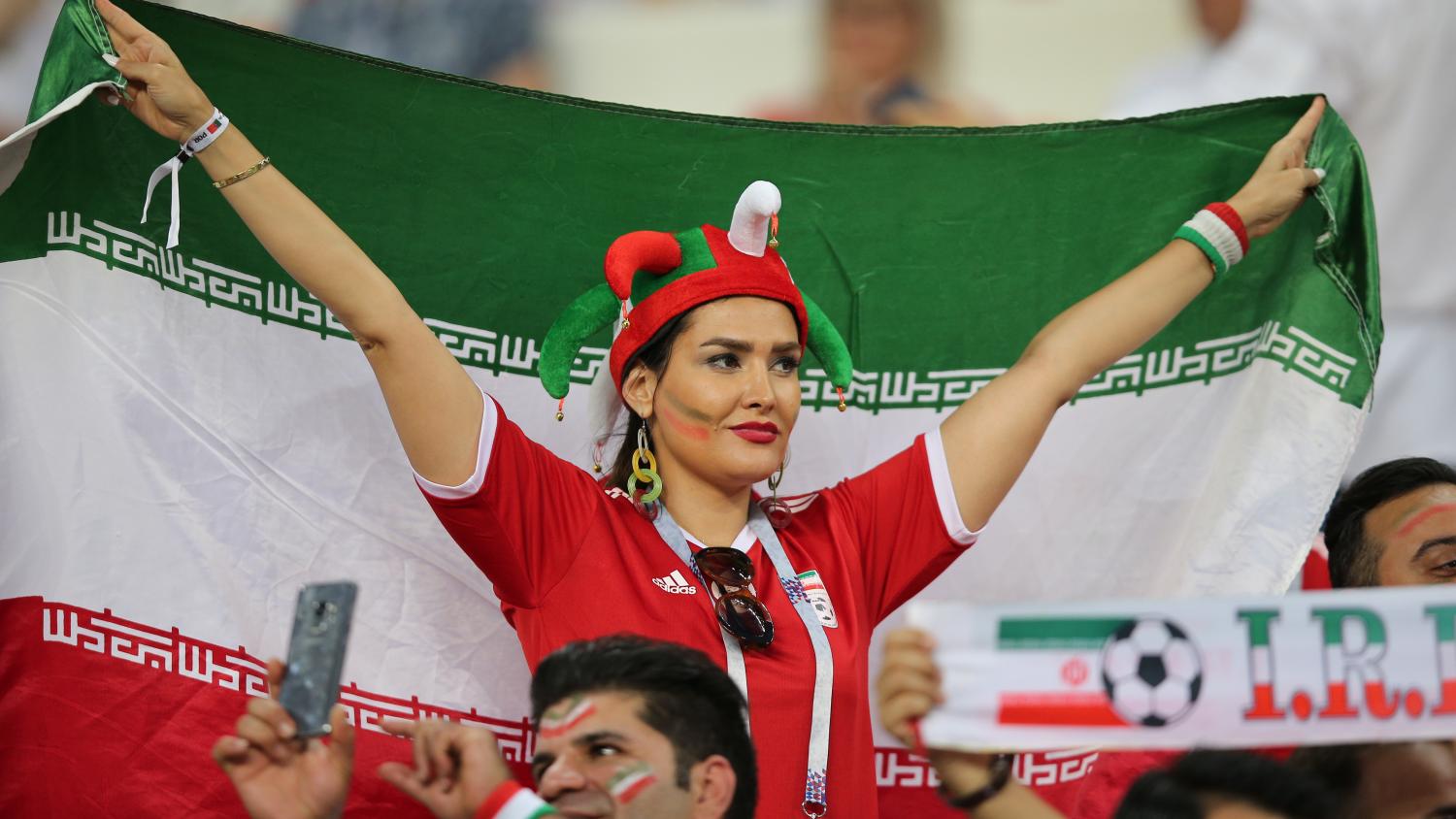 Without warning, the Iranian Football Federation made 3,500 tickets for Iran’s World Cup qualifier against Cambodia on Thursday available to women, essentially permitting women to attend a men’s soccer match for the first time in 40 years.

Through social media, women found out about the tickets anyway, and within minutes they were all gone, Reuters reported Friday.

For the first time since 1979, women will be able to legally attend a men’s soccer match in Iran, the country finally acquiescing to pressure from FIFA, which had threatened to dock Iran qualifying points or bar it from the World Cup altogether.

Iranian women thrilled to be able to buy tickets to watch the upcoming FIFA World Cup qualifier between Iran and Cambodia.
While the majority of the seats for men remain empty, those allocated to women (purple ones) have sold out, and more seats are now being allocated gradually. pic.twitter.com/ARsuz91Qw2

The news comes as great relief to the women of Iran and human rights advocates around the world. Last month, Sahar Khodayari, a 29-year-old woman, set herself on fire and later died from her wounds after facing prison for simply attending a men’s soccer match, drawing even more worldwide attention to Iran’s gender apartheid.

But Iran still has a long way to go.

You see that purple spot? It took 40 years of domestic and international pressure for the Islamic Republic of Iran to designate that spot for women to watch soccer. That’s the place of 40M women in a society dictated by oppressive Islamic laws.@JZarif = Professor of Human Rights https://t.co/qqdO3Ozpg9

The IFF set aside less than five percent of the 78,000-seat Azadi Stadium in Tehran for a women-only section, a miniscule amount.

FIFA said it was expecting 4,600 tickets to be made available to women, Reuters reported. It’s unclear if Iran plans to sell more tickets, though some on Twitter are saying more of the stadium is being moved to women-only sections as men’s sections have struggled to sell.

Smart move by Rouhani's Sport Ministry to choose "purple" (his election campaign color) for the seats allocated to women in the first football match they're buying tickets for. It started with one block, and more blocks are being allocated as all seats are sold out pic.twitter.com/FsSiYKcD6p

Women will only be able to attend the match in segregated sections where men are not allowed; mothers who wish to bring their sons to the match are out of luck. It’s as of yet unclear how women with disabilities will be accommodated.

That the IFF didn’t even bother to announce the sale shows how little effort the federation is putting into allowing women to attend matches, clearly doing the bare minimum to avoid sanctions from FIFA.

Friday’s ticket sale represents progress for Iran, which has banned its women from attending men’s athletics events since the 1979 Islamic revolution. But there’s still much reform to be done.

Iran has yet to promise women the right to attend club matches (Khodayari was arrested for attending a club match at Azadi Stadium). And women being segregated into women-only sections is merely another form of discrimination and gender apartheid.

Hopefully the speed at which Iranian women snapped up tickets to the Cambodia match will encourage Iran to make more tickets available to all supporters, regardless of gender, especially when they struggle to fill the stadium with men’s supporters. Hopefully FIFA continues to apply pressure on Iran to stop treating women as less than human.

But given the IFF’s intransigence thus far, it looks like there’s still a long fight ahead for Iranian women.