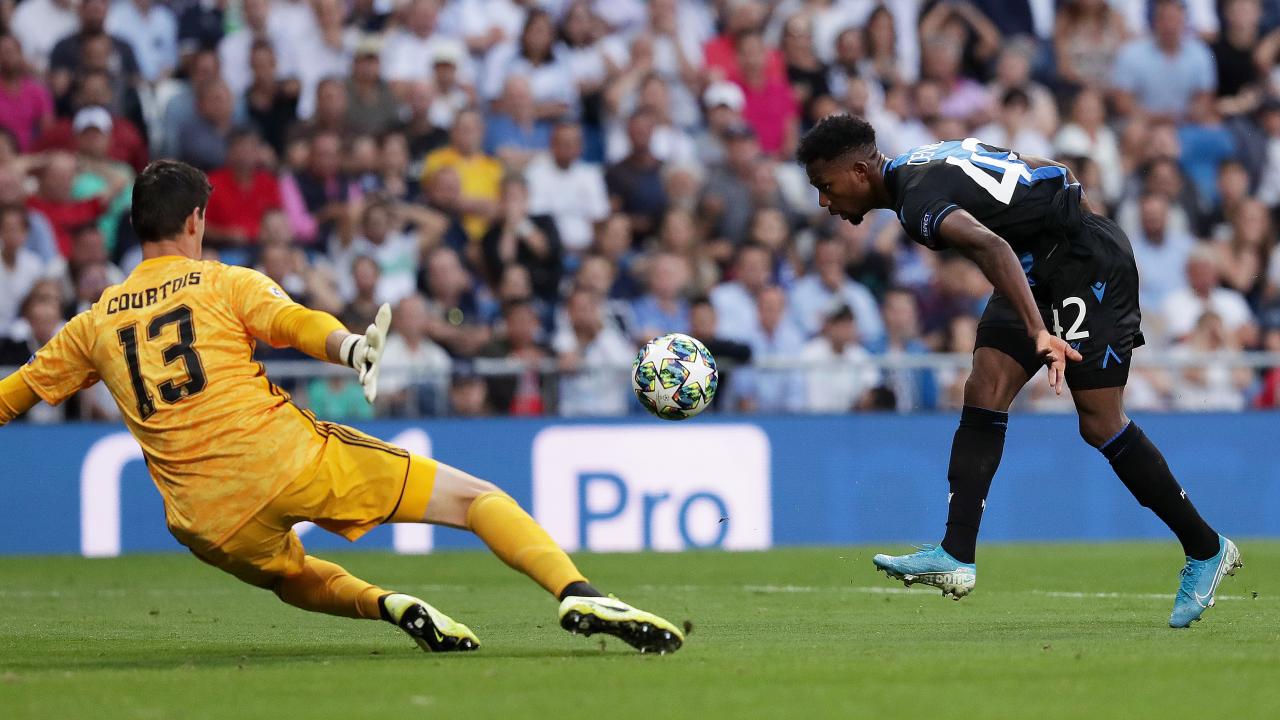 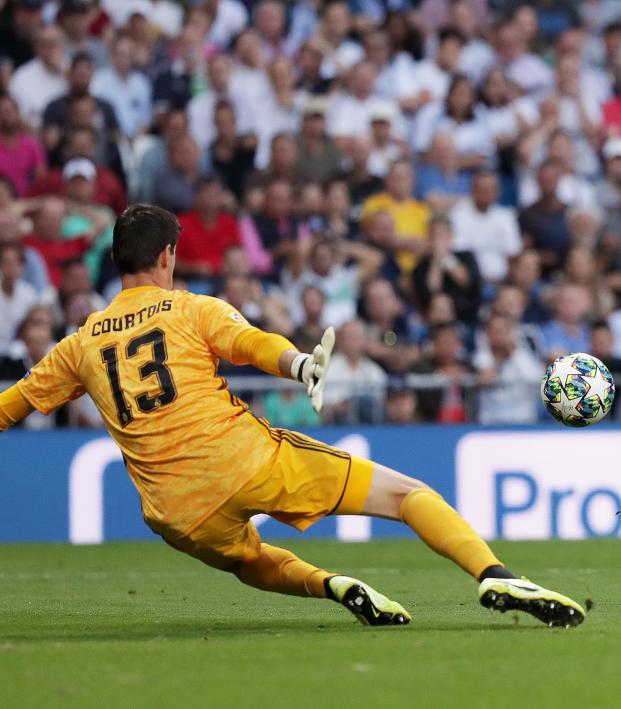 Goalkeeper Thibaut Courtois was pulled at halftime from Real Madrid’s Champions League match with Club Brugge on Tuesday, an indication of either sickness, injury or ineptitude.

Courtois had given up two first-half goals to a guy named Dennis, who barely seemed capable of staying on his feet let alone score twice and pull out the Ronaldo celebration at the Bernabeu. This led to speculation he was being benched for Alphonse Areola, who impressed in his Real Madrid debut a week earlier.

There were some reports Courtois had injured his shoulder or something else completely fabricated to save face for the Belgian keeper. Real Madrid made no attempt to denounce these reports.

But then reports began to trickle in that Courtois was suffering from anxiety, and that’s what kept him from appearing in the second half of Real Madrid’s eventual 2-2 draw on Tuesday.

This is where Real Madrid drew the line, releasing an official statement denying any reports of Courtois having been diagnosed with an anxiety attack.

“At no stage has our player been diagnosed with an alleged anxiety attack and these reports are therefore completely false,” the statement read. “Thibaut Courtois has been diagnosed and treated for an acute case of gastroenteritis with dehydration and electrolyte imbalance, which meant that he was unable to complete Tuesday night’s game against Brugge.

“The player is currently responding well to treatment.”

First things first: It’s great news that Courtois is responding well to treatment and getting better. That’s the most important thing. Gastroenteritis (commonly known as the stomach flu) absolutely sucks. It causes diarrhea, cramps, nausea, vomiting and more and is no fun for anyone, let alone someone trying to perform at peak physical condition in front of an audience of millions.

But we find it interesting Real Madrid would address reports of mental ailment but not reports of physical ailment. This only serves to further stigmatize mental illness.

Maybe Courtois is suffering from anxiety disorder and this is Real Madrid’s attempt to hide it away. Real Madrid may have thought it would only compound his anxiety by letting the world know about it. Mental illness is still stigmatized around the world, though it’s getting better.

If Courtois did suffer from an anxiety attack, it could have a positive impact on the lives of many who suffer from similar attacks for Courtois to face it head on and publicly. I’ve known great athletes who were never able to succeed in sports because of anxiety; having a role model seek treatment could help encourage others to seek appropriate treatment.

Of course, I’m no doctor, nor do I know Courtois’ situation beyond reports from the club and elsewhere. We should take Real Madrid’s word for it on this Thibaut Courtois injury report and hope the goalie recovers quickly, because nobody wants the shits.