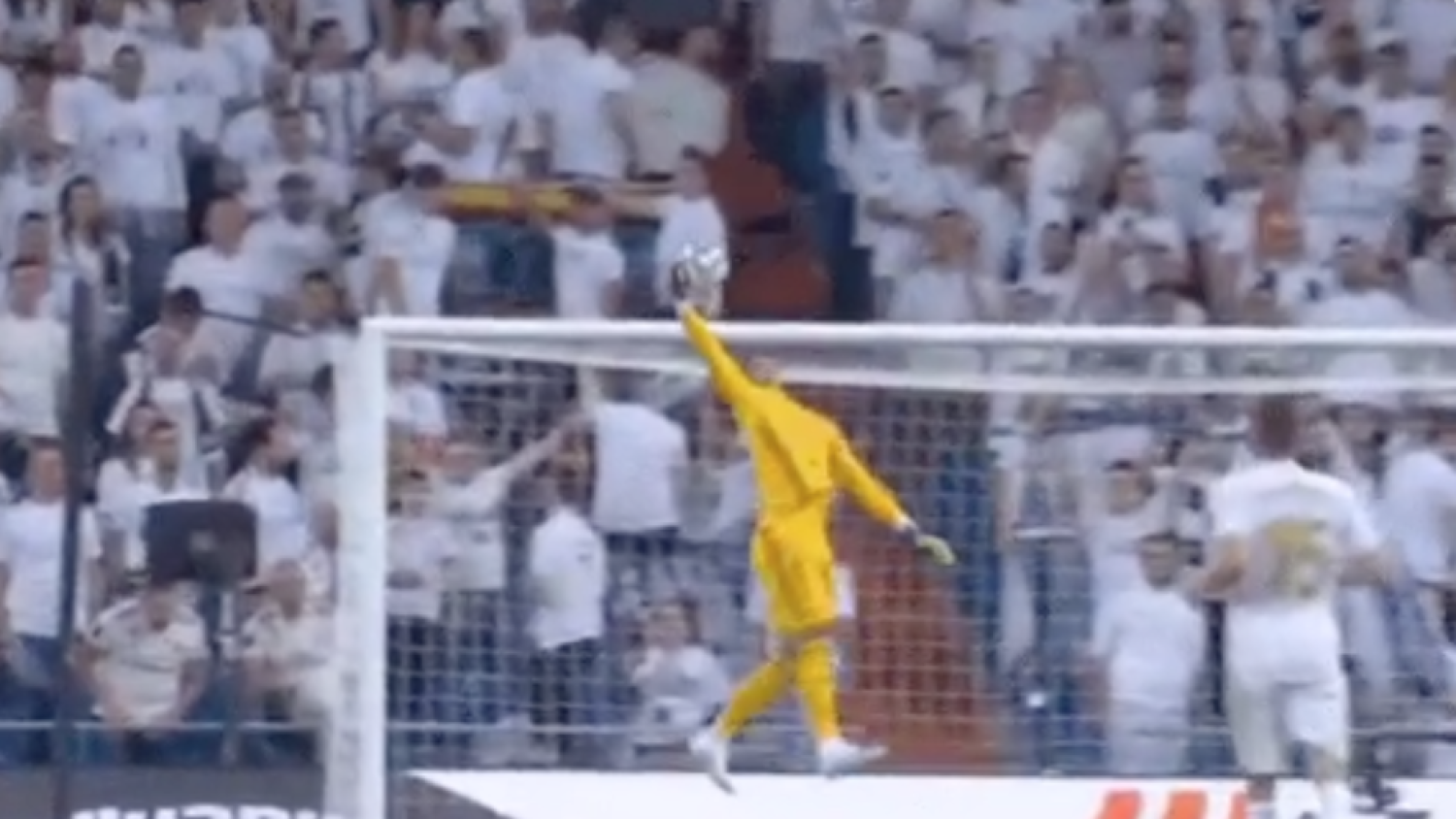 Alphonse Areola made his Real Madrid debut by looking like an NBA All-Star pulling down an uncontested rebound.
@jakkrm1 | Twitter

In the first half, Areola casually snared the ball with one hand, barely even looking at the ball as he pulled it out of the sky and prepared to push the ball forward and start another Real Madrid attack.

The Areola one-hand save looked like LeBron James grabbing an uncontested rebound or Odell Beckham Jr. snagging a pass in the end zone.

Ostensibly the backup to Thibaut Courtois, the Areola one-hand save is making fans everywhere clamor for Areola to become Zidane’s No. 1 keeper.

No one:
Areola all match long: pic.twitter.com/qSyRIA27kp

Why do I already prefer Areola over Courtois?! #sorrynotsorry #RMAOSA

Courtois when he saw that Areola one hand save..  pic.twitter.com/zbIg6QwrTd

Areola has absolutely no business putting in a better shift in 45 minutes than Courtois has done in all of his games, yet here he is catching balls with one hand and I’m totally here for it.

Areola telling Kroos about his one handed save. #RMAOSA pic.twitter.com/TRehiF8Vdz

So much love was given to Areola that his name was trending on Twitter. This disappointed some who were hoping to see nipples.

Areola helped keep a clean sheet in Real’s 2-0 win over Osasuna, with goals from Vinícius Jr and Rodrygo helping the Merengues jump to the top of the LaLiga table.