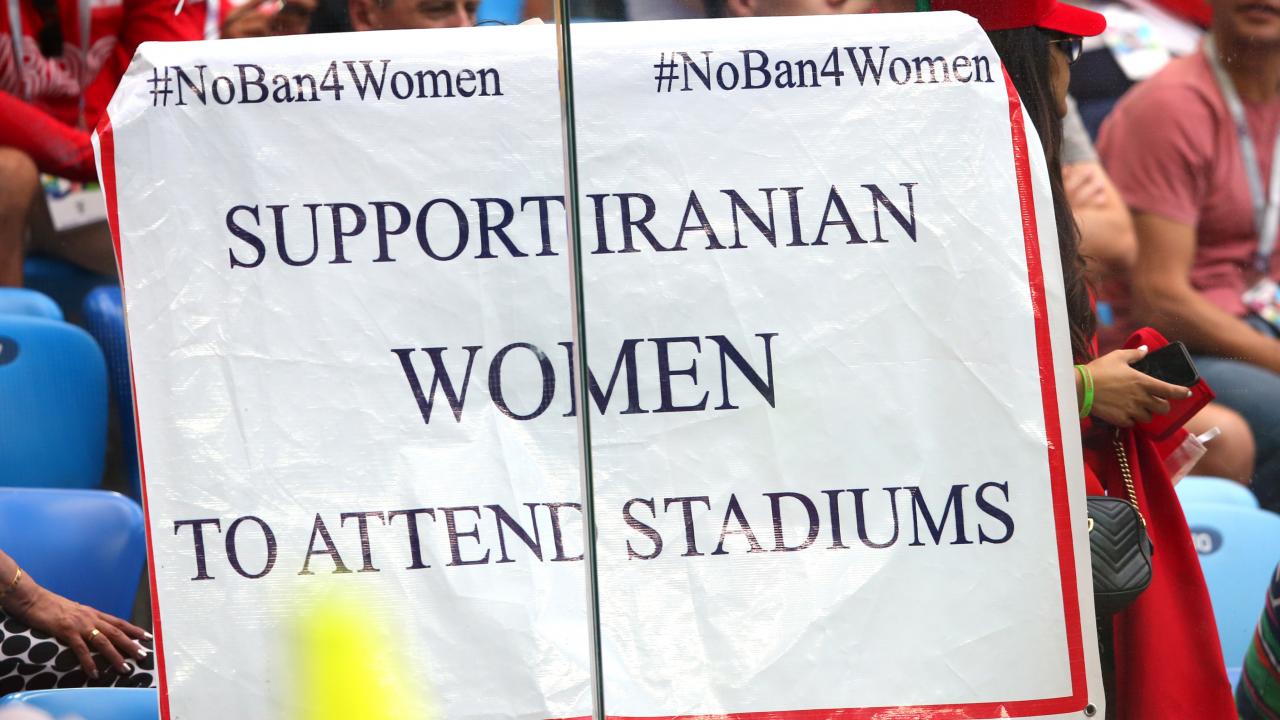 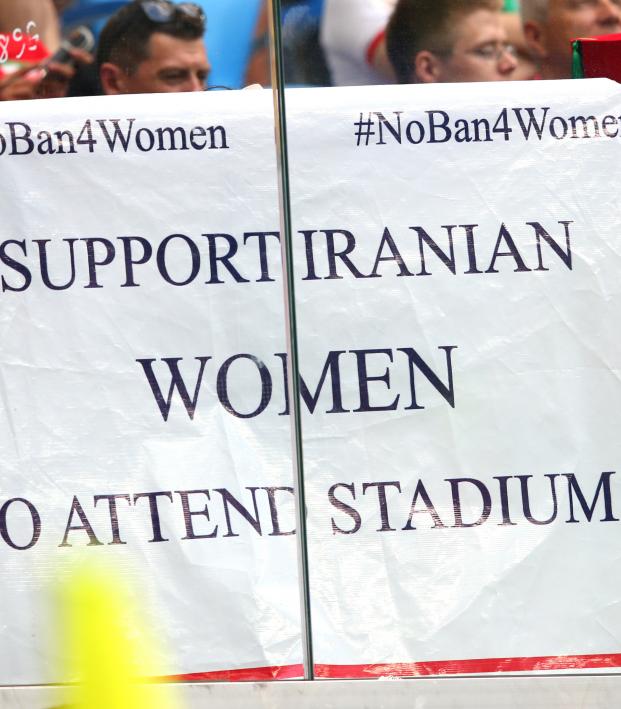 Travis Yoesting September 10, 2019
Prominent Iranians and women’s footballers around the world have shown support for Sahar Khodayari, but USWNT players have thus far been silent.

Khodayari was arrested for sneaking into a match between Esteghlal and UAE’s Al Ain in March at Azadi Stadium in Tehran, Iran, where women are banned from men’s sporting events. Told she could face half a year in prison, she doused herself in gasoline and set herself on fire. She was taken to the hospital but died a few days later, multiple outlets have reported.

Khodayari’s death has sparked outrage both in Iran and around the globe for Iran’s insistence on banning women from men’s soccer matches, with some calling for fans to boycott stadiums and others begging FIFA to do something.

Women have been barred from soccer matches since Iran’s 1979 revolution resulted in a gender apartheid from the clerical regime. Many women have snuck into matches disguised as men but face stiff punishments if caught by “morality police.” According to Amnesty International, Iran is the only country in the world that bans and punishes women for attending sporting events. (Saudi Arabia recently lifted similar restrictions.)

“FIFA convey our condolences to the family and friends of Sahar and reiterate our calls on the Iranian authorities to ensure the freedom and safety of any women engaged in this legitimate fight to end the stadium ban for women in Iran,” FIFA said.

Using the hashtag #BlueGirl (the club she supported, Esteghlal, wears blue), dozens of prominent figures in Iran and women’s football have shown support for Khodayari.

Former Bayern Munich midfielder Ali Karimi, who has the third-most caps of any Iran international, has called for a stadium boycott.

Andranik “Ando” Teymourian, a former Fulham and Esteghlal midfielder who became Iran’s first Christian captain, suggested in a tweet that one of Tehran’s major stadiums should be named after Khodayari.

Other Iranian footballers have taken to social media to show support for Khodayari and the plight of all women who want to watch soccer in Iran.

Iranian actors and actresses have also spoken out.

Just as importantly, women’s footballers (among others) around the world are bringing attention to Khodayari’s death with hopes of pressuring Iran to end its gender apartheid.

I have a platform and I have never been afraid of raising my voice when in need.This is a tragedy and it can’t continue anymore. @FIFAcom it’s time to act and not be silent.WE need to help the women of Iran fight against gender apartheid.This is about human rights!#SaharKhodayari https://t.co/UE4r071Niv

What a horrible tragedy  @FIFAcom and any other organization that’s in a position of privilege and power, you need to act to make this stop! RIP #SaharKhodayari https://t.co/DPj4W92PQ5 pic.twitter.com/mXmfaDxwAv

#ASRoma is yellow & red but today our heart bleeds blue for Sahar Khodayari. The beautiful game is meant to unite us, not divide us – that’s why we set up @ASRoma_Persian last year. Now it’s time for everyone in Iran to be allowed to enjoy football matches together. RIP #BlueGirl pic.twitter.com/twB6KDvkJS

As of publication of this story, we have not seen any comments from any USWNT players.

2-Our sister, #SaharKhodayari , also known as #bluegirl, set herself on fire recently in protest of her trial for trying to enter a soccer stadium dressed like a man.

It's the only way women in Iran can watch soccer. She died yesterday for a right we take for granted. pic.twitter.com/D5scpYDrqy

While the news of Khodayari’s death has made waves in Iran and around the world, Iranian state media and its major semi-official news agencies have not reported the death. Conservative outlet Shafaqna only mentioned the death by saying it has drawn international attention causing “counterrevolutionary media” to “cry” over her death.

On Tuesday, Iran defeated Hong Kong 2-0 in Hong Kong to open qualifying for the 2022 World Cup in Qatar. Iran will host Cambodia in a qualifier at Azadi Stadium in October.

While FIFA has done some to encourage Iran to allow women attend soccer games, it hasn’t done enough. Once upon a time South Africa was banned from international sporting events because of apartheid, but Iran continues to play — and at a high level, the top-ranked team in Asia.

Iran's #BlueGirl, who set herself on fire after she was arrested for trying to enter a football stadium, has died. Iran is the only country in the world that bans & punishes women for seeking to enter stadiums. We call for this discriminatory ban to end. https://t.co/CNrmRIIjKk