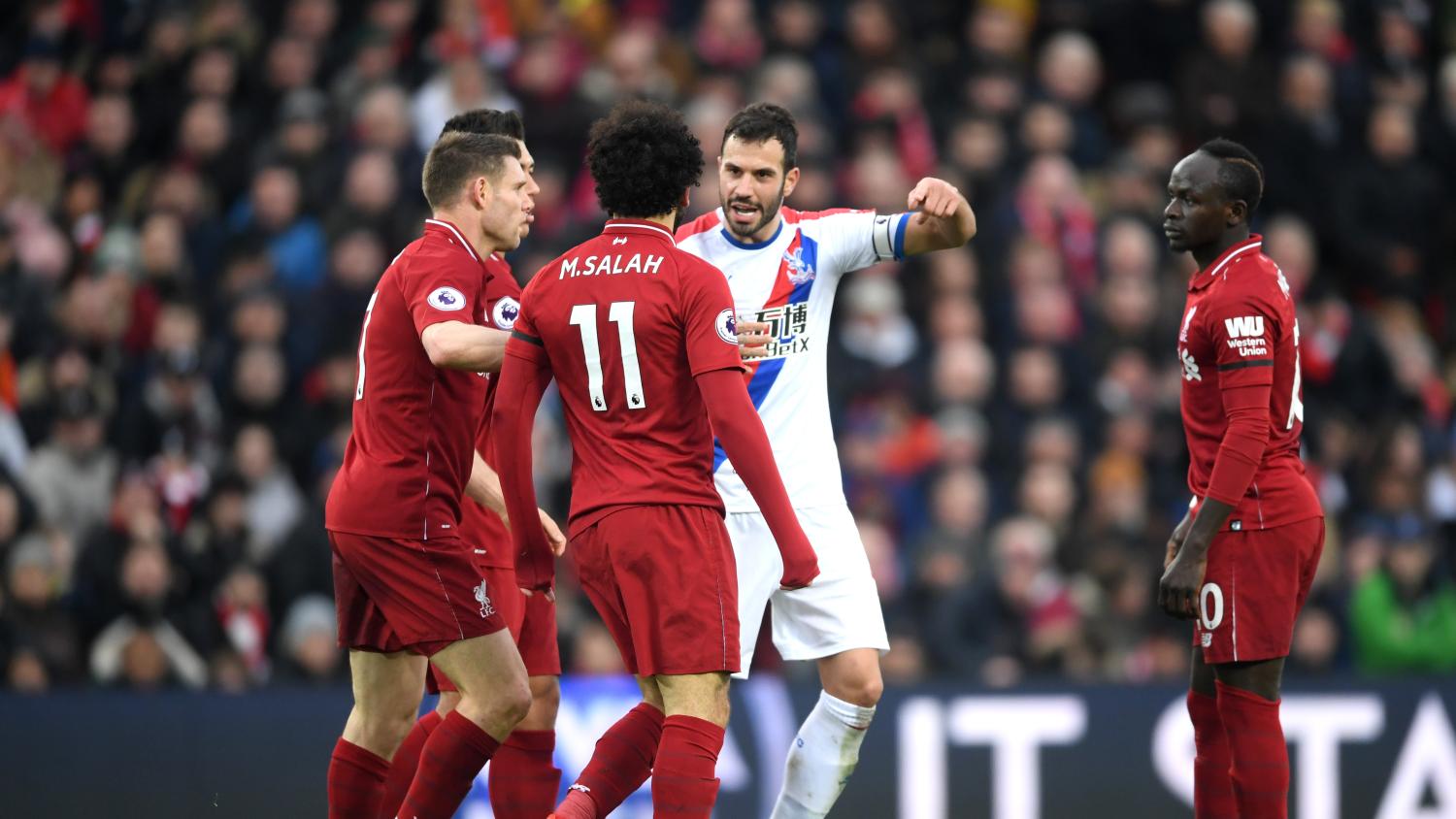 Under Jurgen Klopp, Liverpool has become one of the most exciting teams to watch in the world. The club has fantastically prolific forwards, indefatigable midfielders, impressive defenders and a fearless goalkeeper, not to mention Bobby Firmino and his no-look goal-scoring prowess. At times, it’s almost impossible not to find joy when the Reds are on TV.

But during Liverpool’s drive to win the Premier League title, the club has picked up a few of the more undesirable traits that true champions often show: the capacity for simulation and avoiding strict punishment from refs.

Liverpool defeated Crystal Palace 4-3 on Saturday thanks in part to a howler from Eagles keeper Julian Speroni. The win moved the Reds to seven points ahead of Manchester City, which plays Huddersfield on Sunday.

The three points did not come without great difficulty. Andros Townsend, who also scored against Man City last month, gave the Eagles a lead in the 34th minute. Salah equalized in the opening minutes of the second half and Firmino made it 2-1 seven minutes later. But Palace again pegged the title challengers back with James Tomkins scoring off a corner. Eventually, Salah and Sadio Mané scored late to secure the points, but the final whistle didn’t come until after Max Meyer added a stoppage-time strike.

What will make Liverpool’s victory frustrating for Manchester City fans (or anyone else wanting to keep Liverpool from winning the title) are some of the more nefarious plays from the Reds on Saturday.

For starters, Salah was found once again flopping in and around the box.

We’ve dissected some of Salah’s recent dives, perhaps none worse than the penalty he won against Newcastle in December. Against Crystal Palace, he threw himself to the pitch, well after any contact, if there even was contact.

Sadio Mané also went down looking for a PK in the 71st minute. (To be fair to Liverpool, Tomkins could have been called for a hand ball in the box in the second half.)

Liverpool is more than good enough to score without searching for penalties like that, and the club will only grow its anti-fan base with these sorts of dives.

The worst challenge on Saturday came from Naby Keita, who put his studs straight onto the top of Andros Townsend’s foot.

Keita didn’t even receive a yellow card for that tackle, which easily could’ve been seen as a red.

Furthermore, James Milner probably could’ve been sent off for a last-ditch tackle on Wilfried Zaha, instead being shown just yellow. Milner was later sent off after again fouling Zaha, though it wasn’t really his fault as he was played a hospital ball following an ill-advised dummy from Firmino.

Liverpool is trying to win its first Premier League title ever (the Reds last won the league in 1990 when it was still the First Division). But more and more the club’s players are resulting to less-than-savory means to get there.

That’s not to say this is bad — in my opinion teams should do whatever they can to win, pushing boundaries of what’s allowed when necessary — but that doesn’t mean we have to like them when they do it.

Anyway, here are the goals from the wild Liverpool vs Crystal Palace highlights.