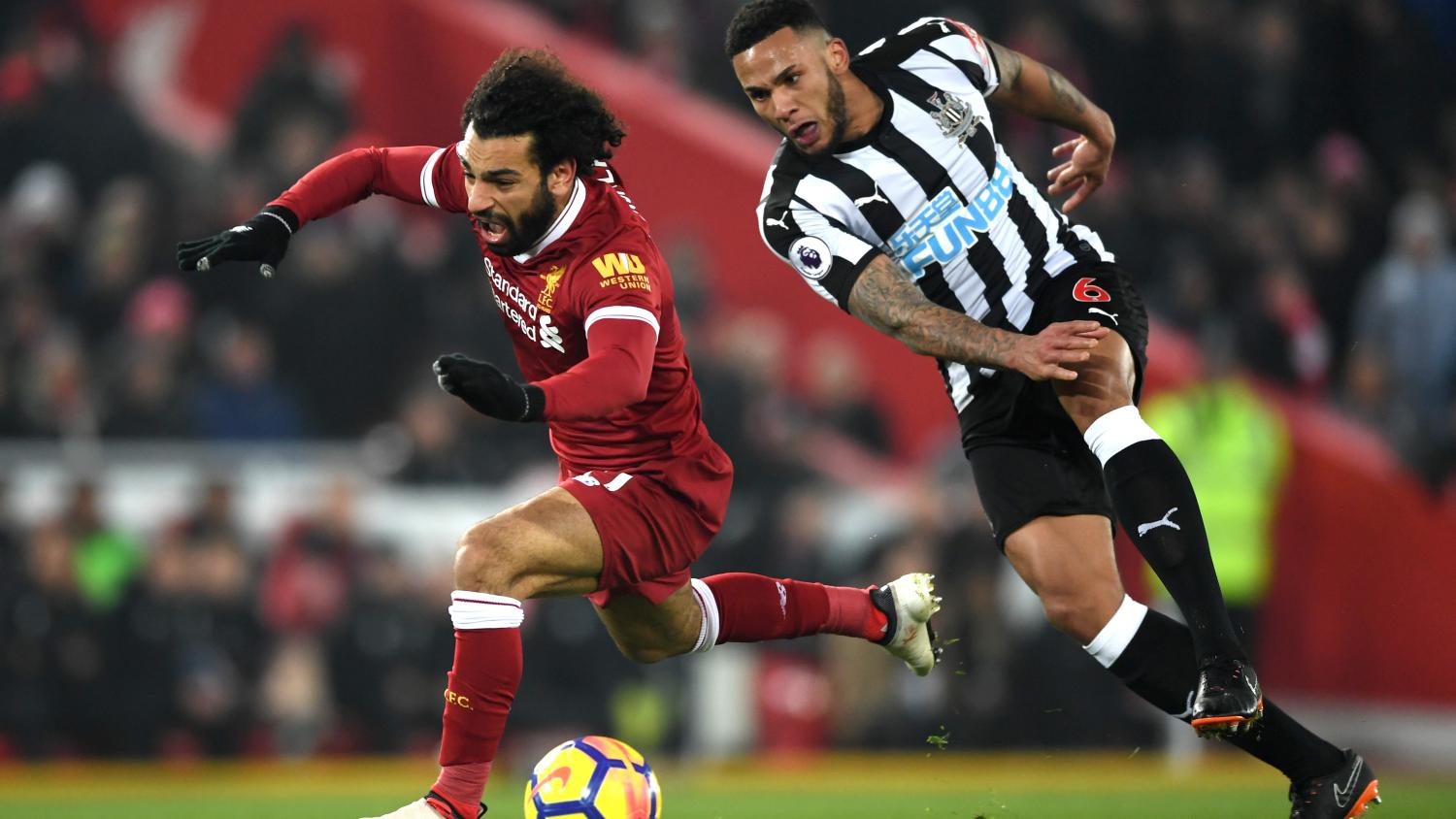 Salah ended up in Newcastle's box with a clear chance at goal, but the contact came and he went down — a penalty was awarded.
Getty Images

Mohamed Salah, Liverpool’s Egyptian King: incredible pace, dribbling ability and an eye for goal. Something he shouldn’t add to his box of tricks, however, is diving.

Salah has been wrapped up in a few diving cases in his Premier League career, most recently in yesterday’s match against Newcastle. Liverpool hosted Newcastle on Boxing Day, drubbing the Geordies 4-0. It was a routine win for Liverpool, but an important talking point of the match surrounded Liverpool’s second goal.

A ball over the top from Trent Alexander-Arnold found Salah, who cut inside and took on two Newcastle defenders. As Salah skipped past Paul Dummett, the defender made contact with Salah’s arm, sending the Egyptian to the turf. The contact was quite minimal, and Salah’s reaction was theatrical to say the least. Liverpool was subsequently awarded a penalty.

After the penalty, which Salah converted himself, the internet exploded. Many argued that Salah cheated to win the penalty, as the amount of contact put on Salah by Dummett was not at all enough to bring the winger down.

#nufc Mohamed Salah has gone down in my estimation, well he did dive pic.twitter.com/KluYwJ9XYO

The awarded penalty was deemed shameful by fans and pundits alike. For a team like Liverpool, playing Newcastle should be a walk in the park; there’s no need to win your team a penalty. Naturally, players go down when there’s contact, but the level of contact to make Salah go down in this instance is extremely questionable.

The rules surrounding diving have certainly changed a lot in the past few years. Diving caught by the referee is now punishable via a yellow card. For one referee, it appears that would be a clear penalty, to another it would be a yellow card for Salah. Fans on Twitter have made it known that the FA have made a big mistake in not suspending the player, even going so far as calling the organization corrupt.

Dear @FA, I am presuming you are going to follow the laws of the game and suspend @LFC @MoSalah for two games following his dive to win a penalty against @NUFC today? Or are you going to continue being the corrupt organisation you always have been? #NUFC #LFC #LIVNEW

In response to the incident, the FA investigated. After examining the footage, the FA decided that Salah will not face a two-match ban.

Liverpool have been handed a huge boost after Mohamed Salah was cleared of diving.

The Reds hitman was in the spotlight after going down easily under the challenge of Newcastle defender Paul Dummett in Boxing Day's 4-0 win.https://t.co/7AOo1bvZxu

In all honesty, this doesn’t seem right at all, especially when you looking at other diving incidents in the Premier League. Ashley Young, Raheem Sterling and Dejan Lovren have all taken dives and avoided punishment in the past, while Oumar Niasse and Dominic Calvert-Lewin have been punished for it.

So @CalvertLewin14 getting pushed by @DejanLovren_ in the derby last year is a dive but @MoSalah was allowed to dive to “highlight it to bring it to the refs attention”. Can’t make this up #OffendedByEverything #AshamedOfNothing #AlwaysTheVictims #LFC pic.twitter.com/TYWDAH7DpV

This is in no way a show of support to Everton and an indictment of Liverpool, but it calls into question the consistency of officiating in the Premier League. Officiating Premier League games is in no way easy, and being a referee in professional soccer is a pretty thankless job. Still, there has to be a way of upholding decisions that should clearly be charged.

Don’t get me wrong, putting a hand on Mo Salah’s arm in the area is a stupid idea. Really making contact with any player in the area is a recipe for disaster. If you do make silly contact with a player so close to goal, you should expect a penalty. Still, Salah is MUCH stronger than that, and surely the referee knows that. Anybody who follows the Premier League knows the quality that Salah has. It’s very clear that he goes down too easily in Newcastle’s area.

The problem with the FA clearing Salah of diving is that it sets a precedent, and a dangerous one. This gives more of a platform for players to dive, even after the FA has promised to punish cheating and diving.