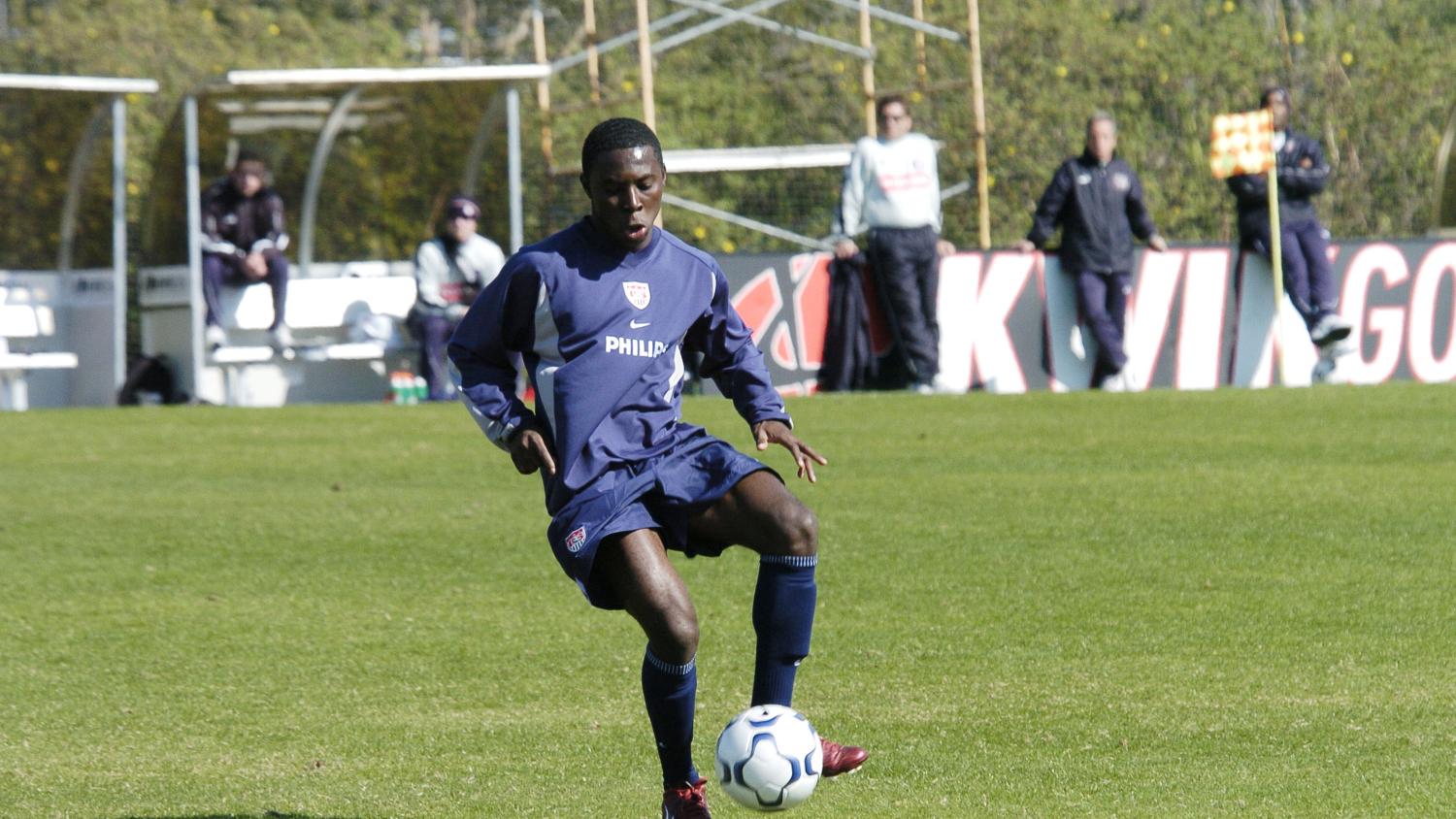 Currently this is only for the boys. A similar program will be implemented for the girls next season.
Getty Images

U.S. Soccer, in hopes of expanding and improving the youth talent pool, has launched a new talent identification program at the U-14 level. Currently, however, this American youth soccer development program is only available for boys. A similar program will be implemented for girls, but they'll have to wait until next season.

The new youth national team U-14 talent identification program was designed to “discover and introduce a larger base of top talents at the U-14 age group,” according to the U.S. Soccer website. The idea is to funnel these players into U-15 to U-20 youth national teams with better evaluation, motivation and development for high-level players.

Sadly, this program is starting only on the male side of things, though you could easily argue the USMNT needs far greater help than the USWNT.

Working to widen the funnel.

A new program to expand and improve our player pool launches this week. We will host 3 regional mini-camps with 80 U-14 players each. Learn more https://t.co/nvHW8OcuMT

U.S. Soccer director of talent identification Tony Lepore said this program will better help U.S. Soccer team managers and scouts both identify and influence the development of a greater number of young players.

“We can use these settings to create an engaging and fun environment over multiple days to help us compare players from different scouting areas in order to eventually identify the top talents that will funnel into our U-15 boys’ national team,” Lepore said.

“At the same time, by bringing together the best-of-the-best, we have a special opportunity to really challenge and inspire the players to take responsibility for their own development. We also can use the time off-the-field to educate the players about important topics like nutrition, sleep and recovery as well as use video to provide individual feedback and introduce YNT principles.”

The program starts by attempting to spot talent in one of 25 markets in three regions across the country, with single-day sessions hosted by local clubs to identify talent. This will gather at least 600 players across the country at both the U-14 and U-15 levels, two or three times per year. The 25 identification centers for the new American youth soccer development program are set up as follows: 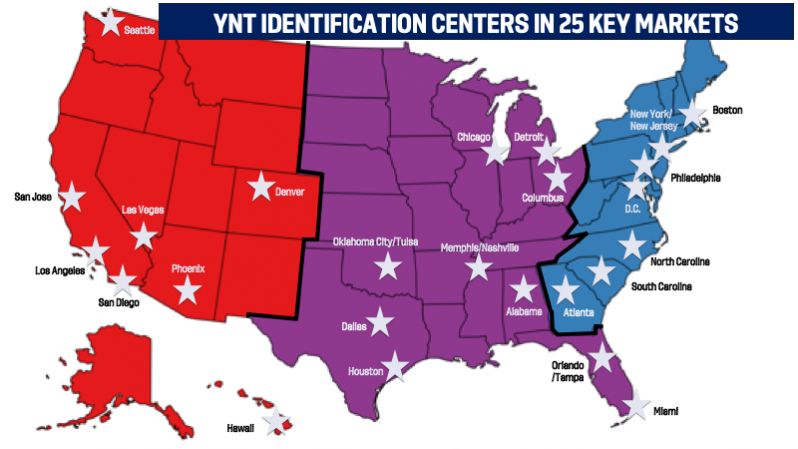 Following scouting in the 25 markets, players will be brought in for five-day regional minicamps — 80 players for each region. There will be four teams of 20, one from each of four scouting areas, though oddly these minicamp regions are different from the identification regions shown above. 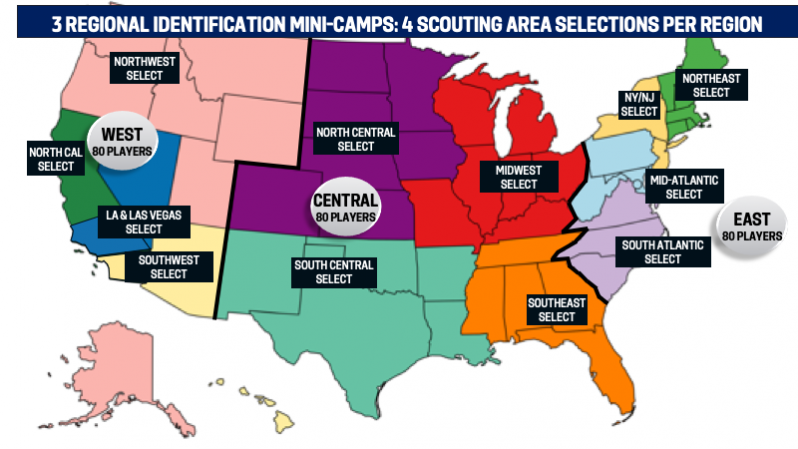 The first regional minicamp already started in Carson, California, running from Jan. 17-21. Because the female program has not yet begun, girls’ talent identification director Mirelle Van Rijbroek will be on hand to observe, U.S. Soccer said. Because that’s where U.S. Soccer believes the women belong, on the sidelines! (That’s sarcasm, before you @ me.)

After the ID center single-day sessions and five-day regional minicamps, U.S. Soccer will gather 60 players for a U-14 national identification camp over the summer, with about 20 players from each of the three regions, but also with the possible addition of international-based players. This will last a full week with numerous American youth soccer development coaches on hand.

The American youth soccer development program will culminate with 20 players chosen to represent the U-14 national team in the fall in international matches. Ideally, many of these players will then be funneled into the U-15 national team, and so on.

“This model will really help us strengthen not only our own YNT scouting network, but also our relationship with the clubs in each of the key markets,” Lepore said. “It’s a critical relationship, because scouting starts with the clubs in their own communities. Everyone will begin to have this reference point, which is important with the size of our country and also when comparing the level of players from different areas to make the right recommendations. We want clubs to have a really clear picture of the key qualities we’re looking for in this age group and a better understanding of the level of the top talents in their region.”

“The new program helps us cast a wider scouting net for national identification but also allows us to evaluate players with an eye towards the future, identifying the ones to keep monitoring in their own environment as we move into the U-15 cycle and beyond.”

At least, on the boys side, for now.