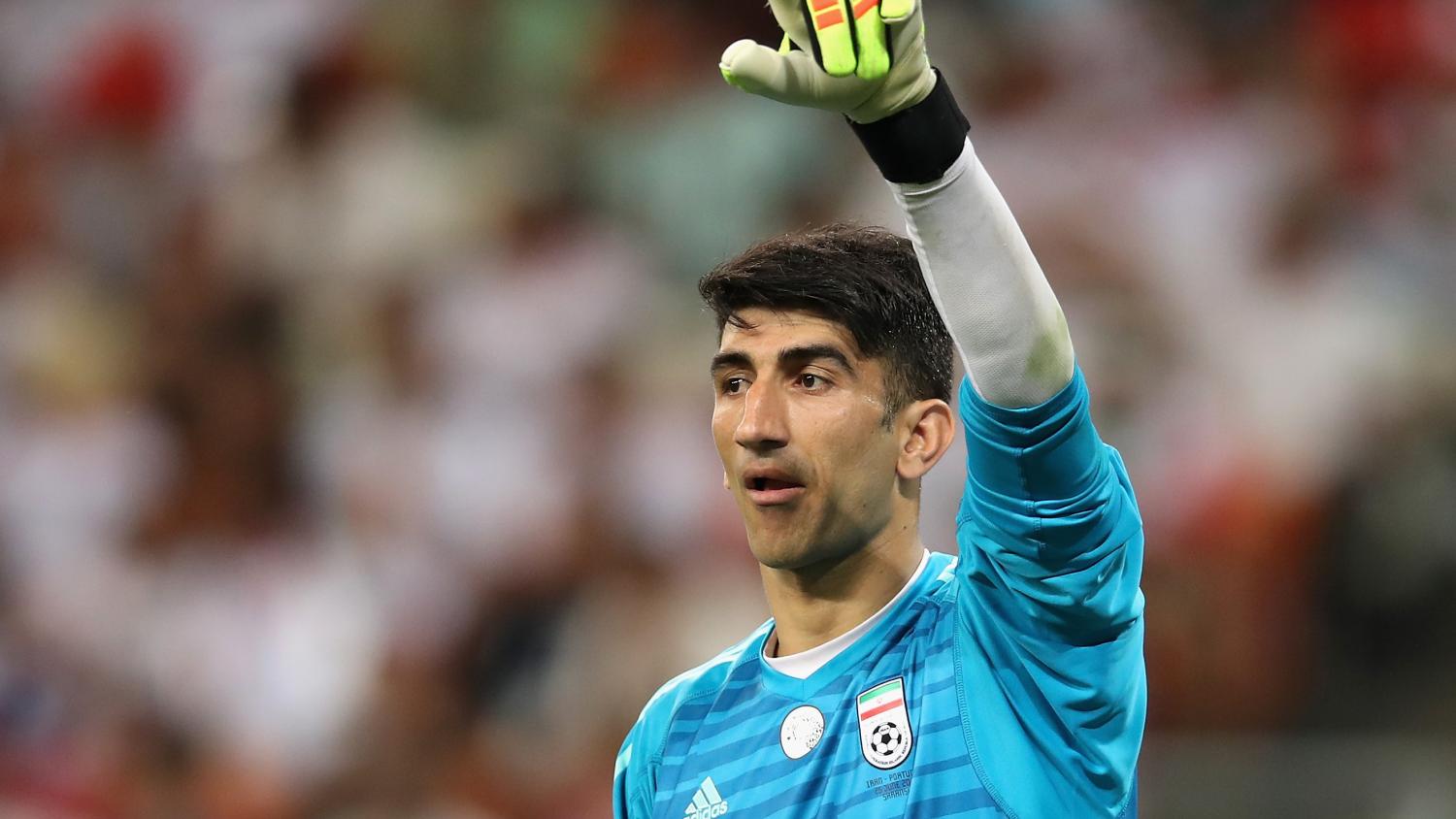 Iran keeper Alireza Beiranvand could throw a football over them mountains.
Getty Images

Remember Iranian goalkeeper Alireza Beiranvand? During last summer’s World Cup, he garnered global attention when denying Cristiano Ronaldo his fifth goal of the tournament with a save from the penalty spot.

The save was then amplified by his personal story — Beiranvand was born in the small village of Sarab-e Yas in Iran, and he had to cut his teeth before making it at Persepolis (Iran’s most successful domestic side).

Iran’s goalkeeper Alireza Beiranvand ran away from home, grew up homeless, and slept outside his local team's football stadium. People gave him change because they thought he was a beggar. Tonight he's just saved a penalty against Cristiano Ronaldo in the World Cup.

Recently, he helped the club reach the final the 2018 AFC Champions League after denying Barcelona legend Xavi with an outstanding save in the semifinals.

But he’s now representing Iran again at the 2019 AFC Asian Cup, and he’s back in the limelight because of a weapon he’s always possessed — a ridiculous throw.

On Jan. 12, he absolutely rollicked one up the field against Vietnam.

And yesterday, against Iraq, he let fly again.

Back in 2014, he famously registered an assist with an incredible throw against Tractor Sazi.

And he once threw it 66 yards during a match against Al Ahli.

Beiranvand is only 26, and he could certainly prove an interesting signing in Europe.