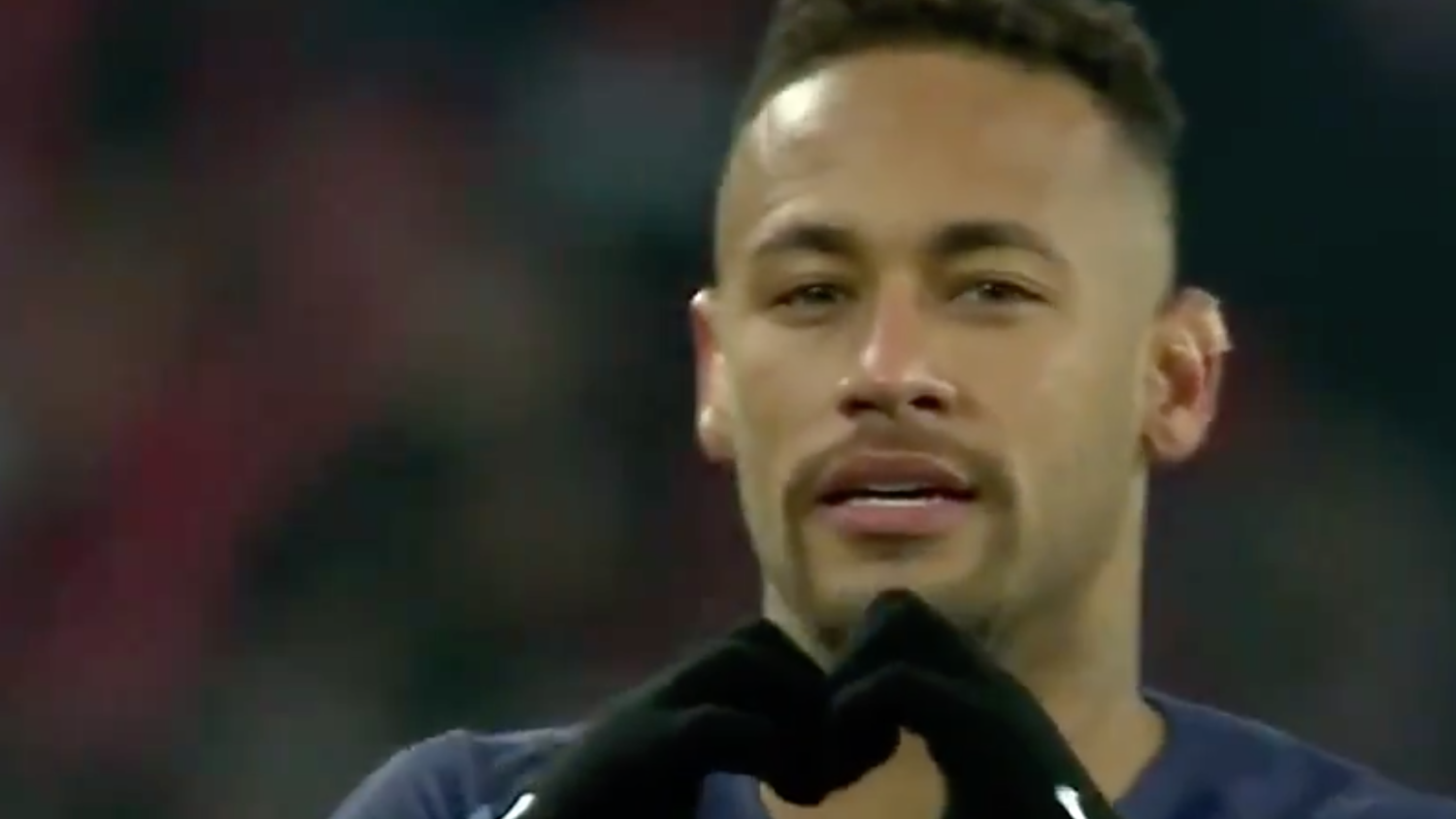 Maybe the trip to Qatar was a good thing for PSG, if this Neymar sombrero in the opening 11 minutes was anything to go by, not to mention the ridiculous amount of goals that followed.

Paris Saint-Germain crushed last-place Guingamp 9-0 at the Parc des Princes on Saturday. Kylian Mbappé and Edinson Cavani both had hat tricks. Neymar came close to a hat trick with two goals, but his first strike may have been the best of the lot.

PSG moved back to 13 points ahead of second-place Lille with the win, even with two games in hand. The onslaught started early and the reigning French champions didn’t let up until the final whistle.

Right back Dani Alves started in midfield for the second time this year given PSG’s lack of depth in the middle of the park and he made an immediate impact, setting up the first goal — but not until after a Neymar sombrero in the box.

Neymar then turned provider for the second, with the Brazilian exchanging a couple quick passes with Mbappé before the Frenchman slotted home with a first-time finish.

Mbappé would double his tally just before halftime thanks to the high pressure from Cavani, who managed to deflect the ball right to his 20-year-old strike partner.

Cavani joined in on the scoring in the 59th minute.

And Neymar added his second just two minutes later after another bad giveaway from Guingamp, which was never really in this match.

Cavani was the last of the three forwards to score but the first to complete his hat trick with this finish that was just good enough.

Mbappé completed his hat trick in the 80th minute because somehow Guingamp defenders forgot to mark him in the six-yard box.

PSG right back Thomas Muenier then completely lost the script for PSG. Instead of passing to a wide open Neymar to give all three forwards a hat trick, he went for goal himself. He scored, but at what cost?

No mercy indeed. In comparison, Guingamp has scored 16 goals all season, and PSG was more than halfway to that mark in 90 minutes. It was the first time PSG had scored nine goals in a home league match ever.

So what do we think, is the goatee a good look for Neymar?