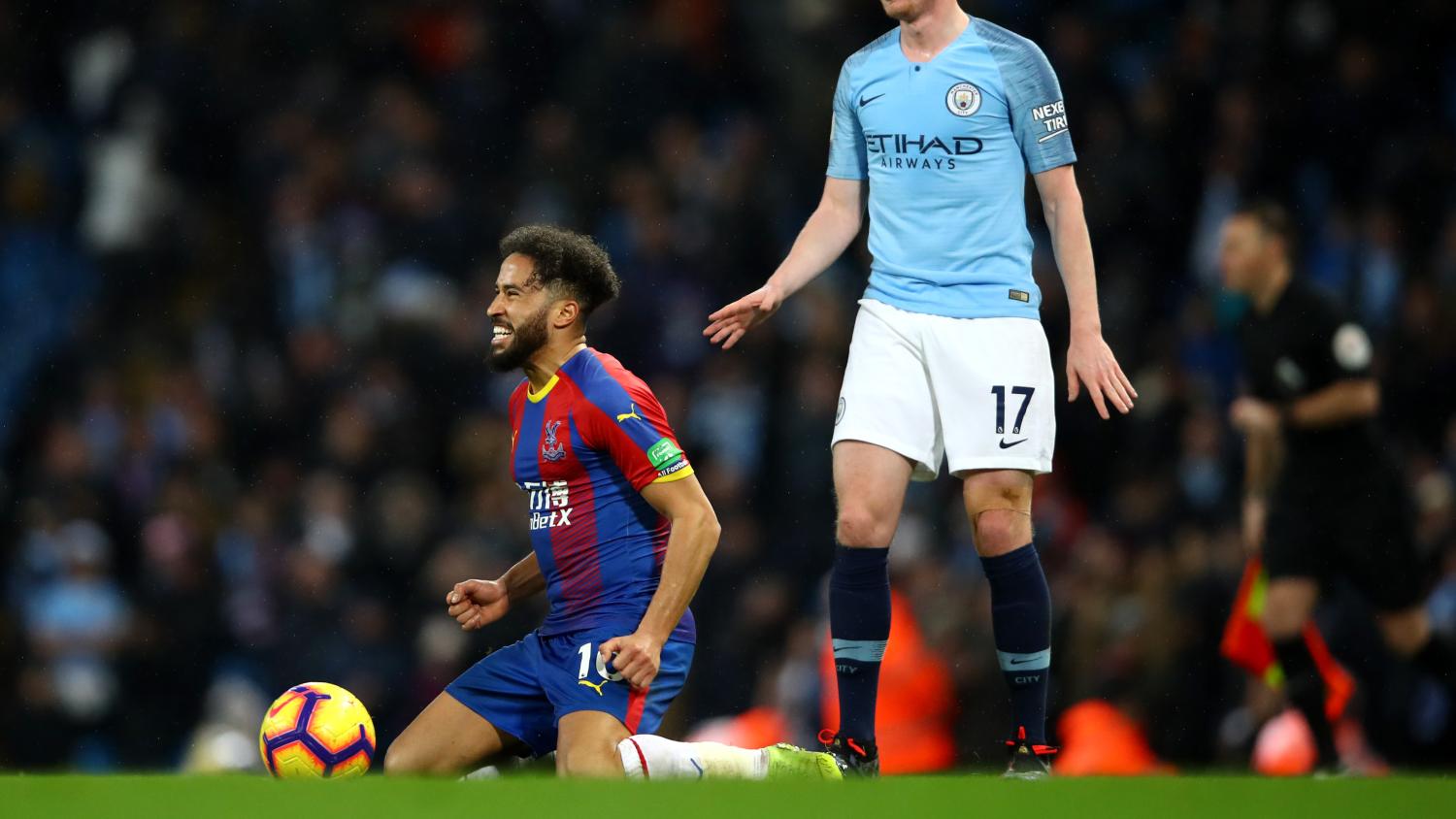 Andros Townsend’s wonder goal put Crystal Palace on the way to a remarkable 3-2 win over the defending champs.
Getty Images

No one expected Crystal Palace to have any chance of getting anything out of a trip to the Etihad on Saturday. Roy Hodgson probably didn’t even plan for a point against the defending Premier League champs. But then the Andros Townsend goal vs Man City broke Pep Guardiola’s side.

Townsend unleashed a vicious volley from 30 yards in the 35th minute to send the Eagles on their way to a remarkable 3-2 victory over Manchester City on Saturday.

Everything appeared to be business as usual when Ilkay Gündogan put City in front in the 27th minute with a nice header.

A great ball in from Delph and Gundogan heads it home! pic.twitter.com/OSP4ZlWjYe

Townsend, a right winger with a wicked left foot, was far behind the play when the ball bounced toward him in the middle of the park. The former Newcastle and Tottenham player then smashed the ball with a perfect volley.

OH WHAT A GOAL! Andros Townsend take a bow!  pic.twitter.com/otLpb8dq8l

Was that goal of the year quality? Absolutely perfect hit.

After the Andros Townsend goal vs Man City, Luka Milivojevic added a penalty early in the second half to go up 3-1. While Kevin De Bruyne, brought on in the 62nd minute, would pull one back, Palace held on for the unlikely 3-2 victory.

Liverpool now goes into Christmas with a four-point lead over City. Jurgen Klopp’s side will be feeling good as the only team still unbeaten in the Premier League play as every other team now has at least two defeats.