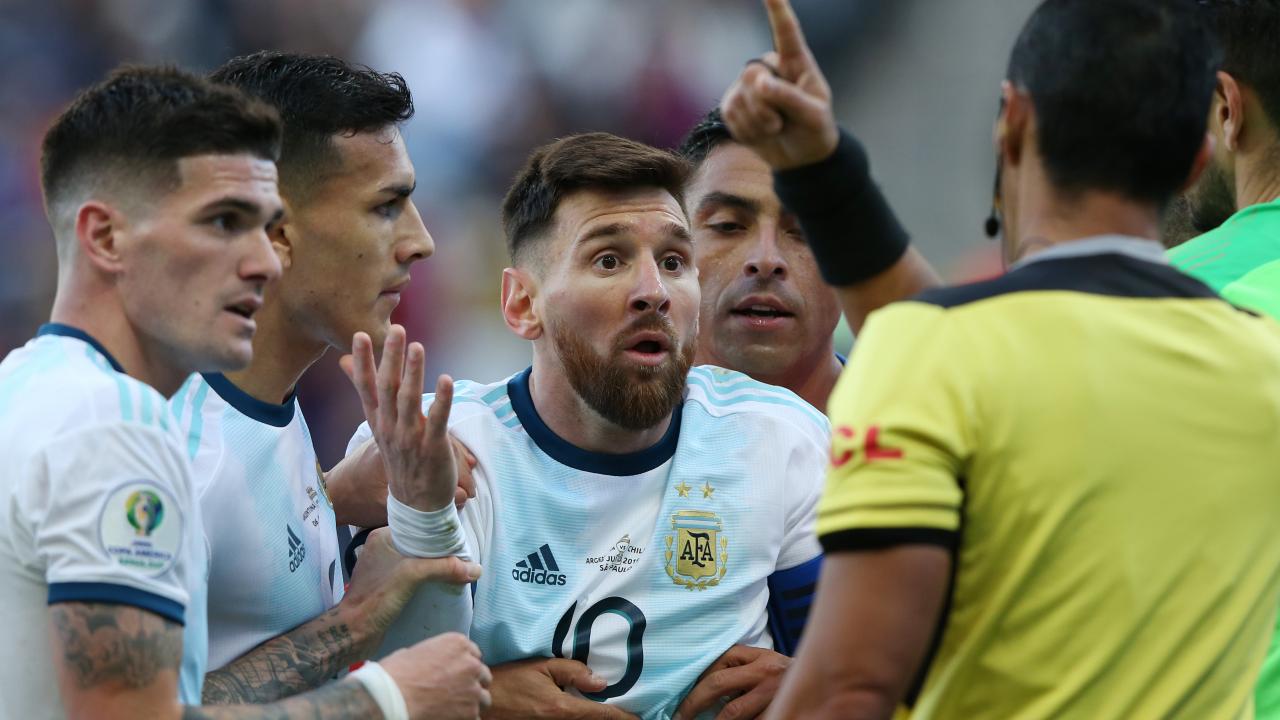 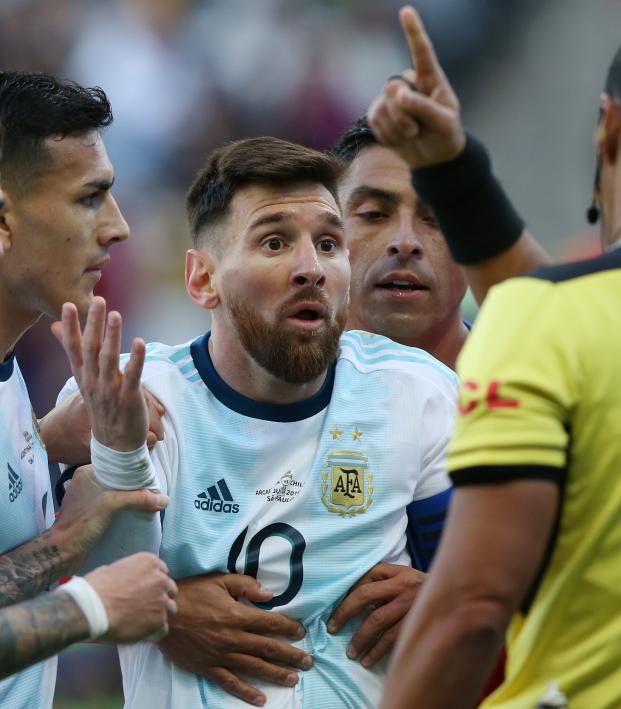 Travis Yoesting July 6, 2019
Lionel Messi was sent off after being attacked by Chile’s Gary Medel in the Copa America third-place match.

While Sunday is a day for finals, Saturday was a day for third-place matches.

Always a curious fixture, third-place games usually involve two teams of varying levels of interest. Sometimes players are motivated to get that bronze medal, other times they couldn’t care less. There is, after all, a reason many tournaments don't even bother with third-place matches.

Saturday’s Copa América third-place match between Argentina and Chile fell squarely into the former category, as evidenced by the repeated scrums between players on both teams, who clearly did not want to just spend a Saturday on the pitch having some fun playing football.

Chile and Argentina met in the last two Copa America finals, the former winning both on penalty kicks. This year, the teams were knocked out in the semifinals by Peru and Brazil, respectively.

Neither side seemed too happy about being relegated to the third-place match and it was chippy throughout.

Chile received three first-half yellow cards, including one for Arturo Vidal, who was booked for arguing after Messi went down under a harsh challenge from Gary Medel.

By that point, Argentina already led 2-0 through goals from Sergio Agüero and Paulo Dybala, given a rare start for La Albiceleste.

It didn’t take long for Medel to again be involved with some physical play with Messi.

In the 37th minute, Messi and Medel were challenging for a ball that ran out of play. Messi may have clipped Medel as the ball rolled out of bounds and the Chilean took exception to the Argentine. Medel turned around and charged Messi with a headbutt attempt, ramming his chest into the No. 10. The two went at it like rutting bucks, though Messi mostly just stood his ground.

For their parts in the interaction, Paraguayan referee Mario Díaz de Vivar sent both players off.

We’re not quite sure what Messi did to deserve a red card, but the VAR took a look and upheld the decision. Even Medel probably could have been shown just a yellow card, but it’s clear the referee wanted to get the match under control. You just hope the rare Messi red card wasn’t CONMEBOL punishing Messi for his comments made after the semifinal loss to Brazil.

The Messi red card was just his second ever in 136 matches with Argentina. The other came moments into his first-ever appearance for La Albiceleste. Messi has never been sent off in his nearly 700 appearances for Barcelona.

As for Medel, he has a history of dirty play against Messi. In the 2015 Copa América final he kicked Messi in the stomach, but only received a yellow card.

Aside from the Messi red card, it was a decent half for Argentina thanks to these two goals, the first off a clever quick restart from Messi.