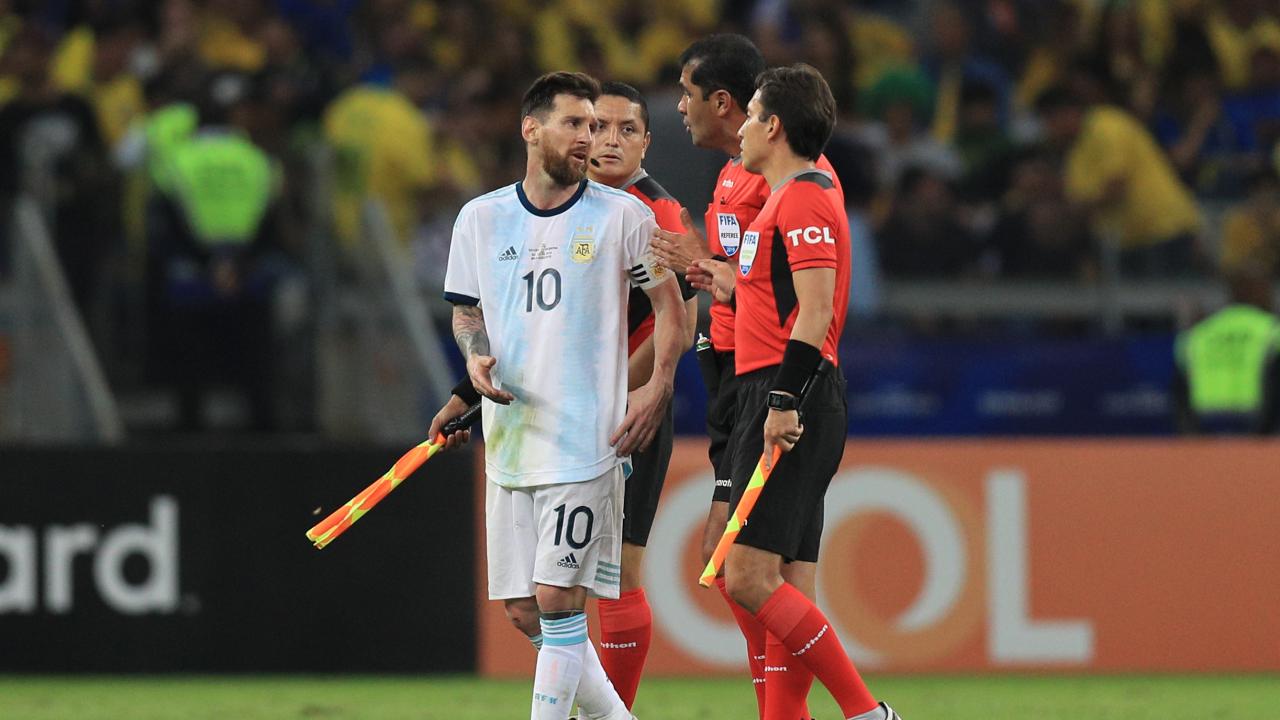 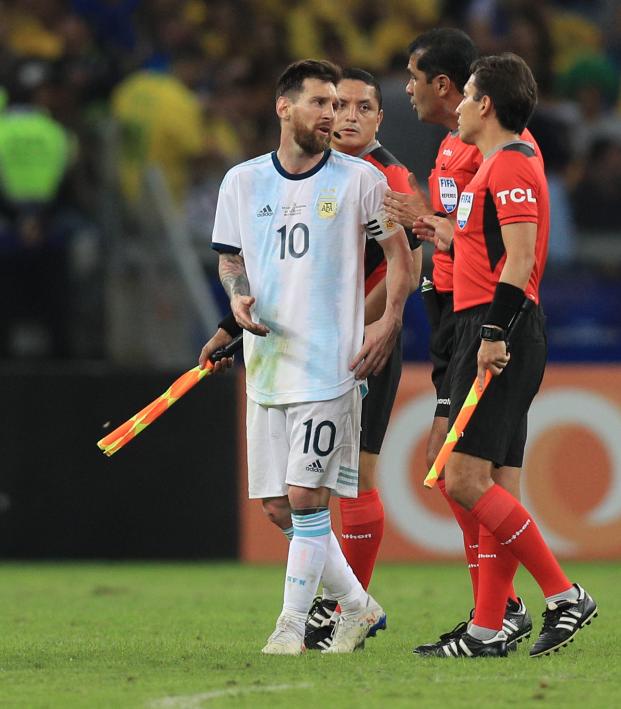 Last night in Belo Horizonte, Brazil defeated Argentina 2-0 to advance to the final of the 2019 Copa América, thus prolonging Lionel Messi’s wait for a crowning glory in international play.

The match was a real humdinger, featuring a Seleção side frightening in both defense and attack and an Albiceleste unit that didn’t make playing cohesive football look like an impossible task. This was probably the best Argentina’s looked since 2016.

The match had outrageous moments of skill.

Leo Messi in front of one of the children of Brazil pic.twitter.com/QmDDHBvu69

But it also had the snarl and bite of a Colt 45 High Gravity left baking in the summer afternoon sun, just the way Ecuadorean referee Roddy Zambrano likes ‘em.

And it all ended with that familiar sight of Messi’s thousand-yard stare, a man emotionally detached from the horrors around him.

After the match, however, Messi revealed a side rarely seen off the pitch by the public eye: very angry Pulga.

“They were not better than us,” said Messi. “They found the net early and the second goal came from a penalty they didn’t award. The officiating was crazy. There were clear penalties, on Otamendi, on Sergio Aguero. (The referee) was on their side. In every divided ball or dispute, he inclined the pitch their way.

“(The referees) had called a lot of bullshit, but they didn’t even check the VAR, that’s incredible. That happened all over the game. At the first glance of contact, they ruled in their favor and this kind of bullshit distracted us from the game.

“Throughout the tournament they called bullshit handballs, bullshit penalties and bullshit fouls. But somehow today, they refused to use VAR. Hopefully, CONMEBOL does something about these kind of referees. Because we did everything to try and advance but (the officials) stacked the deck against us. I don’t believe they will do anything because Brazil controls everything, so it is very complicated.”

Is Messi justified in his complaints? You be the judge.

Block or charge @RexChapman ... looks like he had his feet firmly planted pic.twitter.com/0MovhRWum6

(2) Dani Alves tripping Sergio Agüero, an act which then led to Brazil storming down the pitch and scoring its second goal at the other end.

Big fan of this camera angle where Dani Alves appears ninja-style from off-frame to clear out Agüero. pic.twitter.com/RfVNCy0koF

Messi also wasn’t happy with Casemiro escaping without a booking early in the first half for this scissor challenge.

While Messi is obviously very frustrated about how things ended, there were a lot of great moments from him and his team.

In your miserable life don't ever blame Messi for Argentina's failure pic.twitter.com/FhZihpmhhp

Look at this snap half-volley thing from Messi. Gotdamn.
(via @TelemundoSports) pic.twitter.com/XoxHglmLp5

This certainly wasn’t like the Centenario penalty shootout defeat to Chile, in which a distraught Messi announced his international retirement after missing Argentina’s first penalty.

“Something new is on the horizon,” said Messi. “I hope we are respected and not criticized. They should let the team be and let them grow. The truth is, I have got on very well with this group of players, and if I have to help in some way, I will. This is a great group, which is growing, and if I can join them I will.”

Messi’s next chance at international glory comes quickly. The Copa América is moving itself in-line with the European Championship and so will be held next summer. That tournament will be co-hosted by Argentina and Colombia.