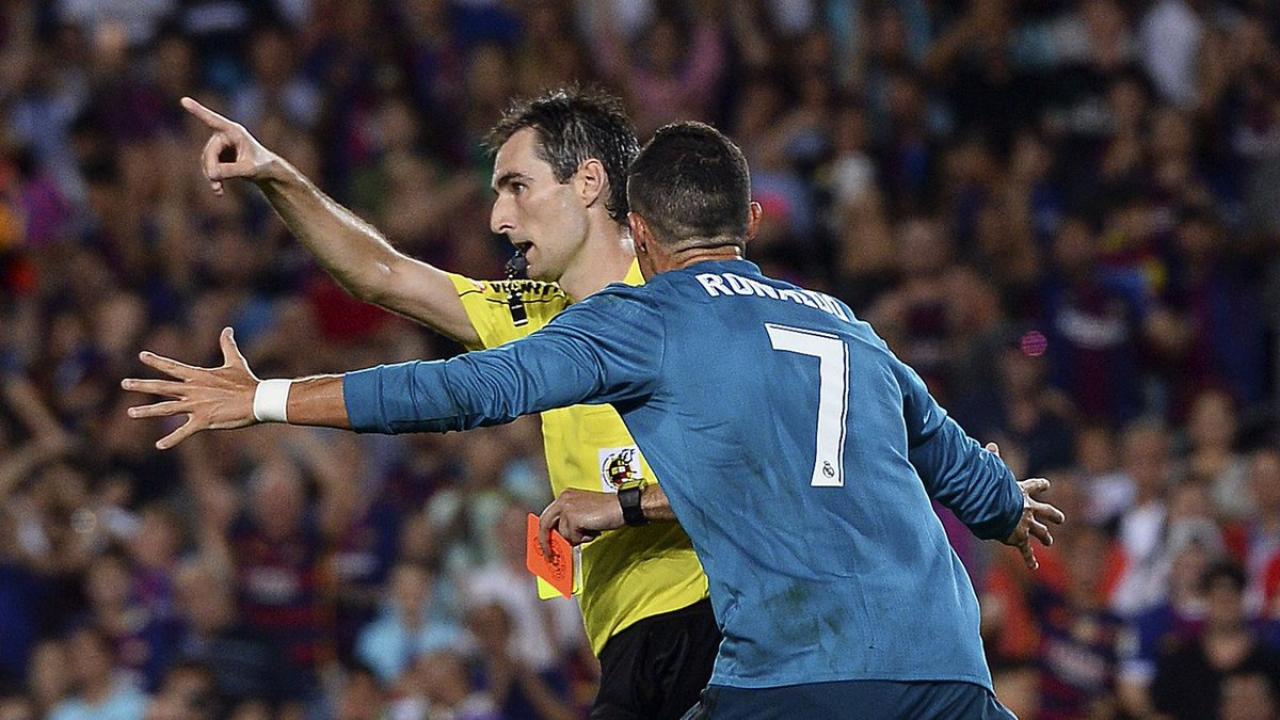 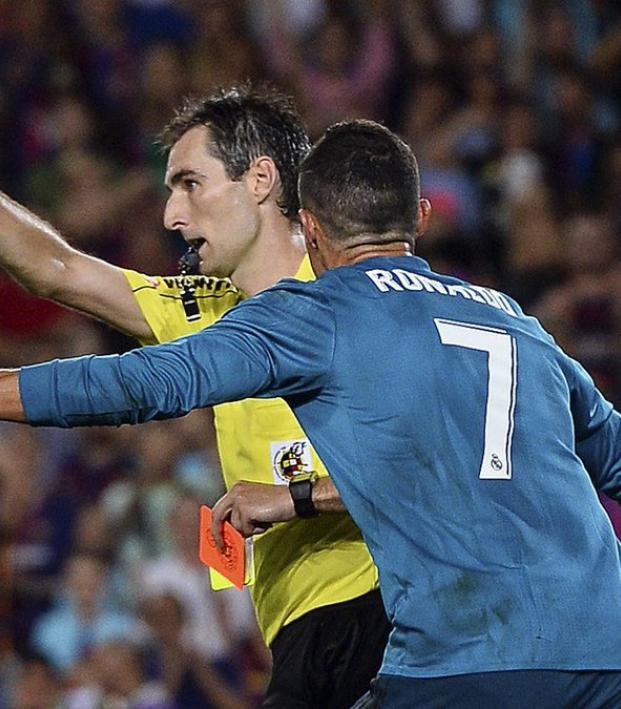 Travis Yoesting August 14, 2017
Cristiano Ronaldo picked up his 10th career red card Sunday while Lionel Messi has been sent off just once.

Lionel Messi is the good, wholesome boy while Cristiano Ronaldo is the arrogant bad boy. It’s a typical narrative when comparing the temperaments of the two, but there is evidence to support the claim, at least in terms of disciplinary records.

Ronaldo picked up his 10th career red card on Sunday in the Super Copa against Messi’s Barcelona. Messi’s lone red card came 43 seconds after making his Argentina debut in 2005.

While not typically known for being major a hothead, Ronaldo’s 10 career red cards are almost in Vinnie Jones territory in the top 10 list of red cards for players. The five-match suspension received for giving the referee a little shove after sending Ronaldo off was the longest of his career, though he’s been suspended for three matches on multiple occasions.

Ronaldo has been shown five straight red cards while being sent off five more times for two yellows. Some, like Sunday’s were dubious. Others, like his first sending off with Manchester United, were petulant. A couple verged on violent.

In contrast, Messi has one career red card despite consistently taking a beating from larger opponents. When he was sent off, it was for an elbow as he tried to shake off a Hungarian defender who was grabbing him.

The yellow card comparison isn’t quite as stark. Ronaldo has seen 131 yellow cards in his career. Messi has been cautioned 68 times. By this metric, Messi appears to be far better at controlling his temper while on a yellow than Ronaldo.

Neither Messi nor Ronaldo are saints nor demons on the pitch. But it’s clear one is more prone to naughty behavior than the other.