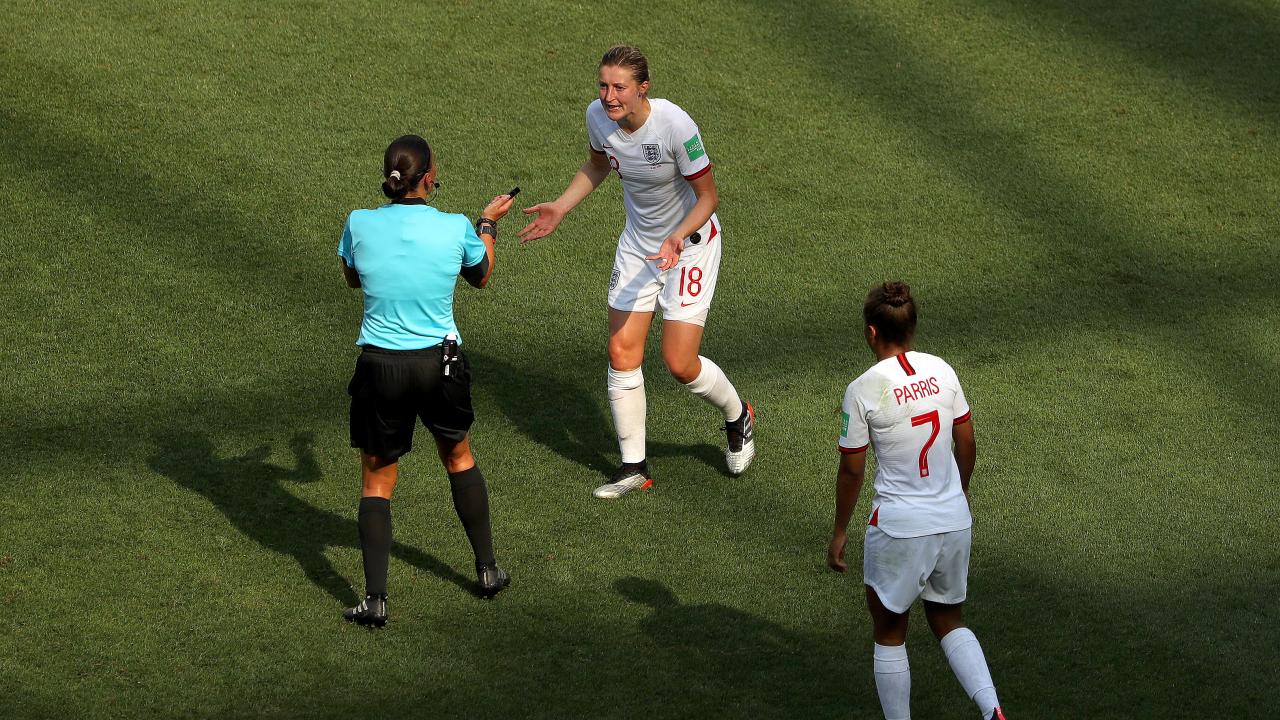 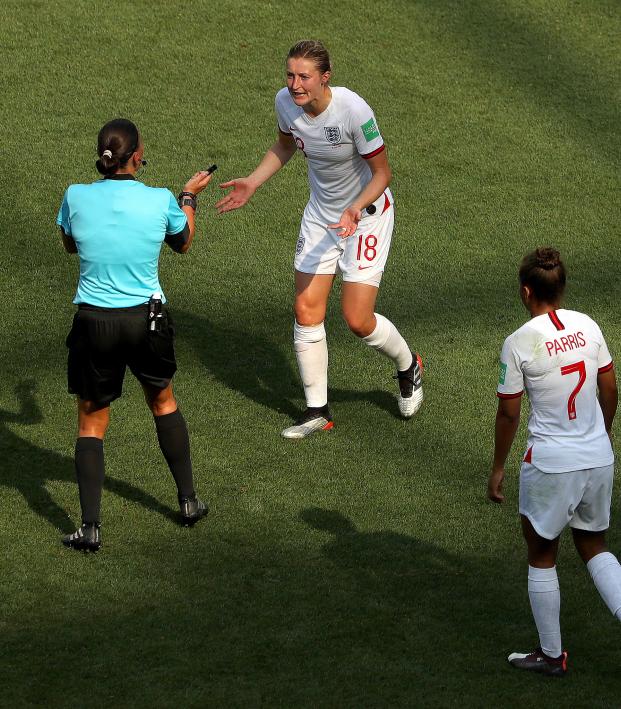 Travis Yoesting July 6, 2019
We’re not condoning violence in any way toward referees, but she has a right to be a little miffed.

England does not like the VAR. The English FA, apparently full of Luddites, has been one of the last countries to begin to implement video replay, slow to accept that getting calls right is more important than anything else.

Ellen White, England to her core, does not like the VAR either. She’d probably have the Golden Boot wrapped up by now were it not for video replay.

White had a goal called back by the VAR for the second straight Women’s World Cup match as Sweden defeated England 2-1 in the WWC third-place game on Saturday, another heartbreaking loss for the Three Lionesses.

Against the U.S. on Tuesday, White thought she had equalized in the 67th minute, but the VAR ruled the goal was offside and England went on to lose 2-1.

The scenario repeated itself on Saturday in the WWC third-place game.

White scored what would’ve been England’s second goal in less than two minutes to tie the match in the 33rd minute, but the VAR stepped in to call a handball in the buildup to the goal, nullifying the score. 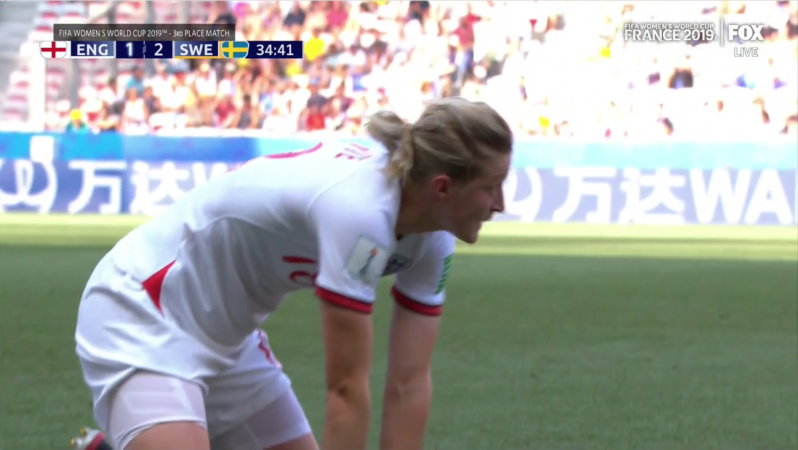 Ellen White reacts to having another goal disallowed by the VAR. Screenshot: FOX

Had the two goals been allowed, White would be on eight goals for the tournament and the frontrunner for the Golden Boot. Alex Morgan on six and Megan Rapinoe on five would be the only ones with a legitimate chance to catch her. As it stands now, the Golden Boot is Morgan's to lose, owning the tie-breaker with White.

Instead, White and England suffered a second straight 2-1 defeat, equaling the men’s national team’s fourth-place finish at the 2018 World Cup. It was a step back after the Three Lionesses finished third in 2015.

Sweden, meanwhile, tied the USWNT’s record for most third-place finishes at the Women’s World Cup with three (1991, 2011, 2019), riding two early goals to victory.

The Swedes ran rampant early in the WWC third-place game, putting immense pressure on the England back line.

Kosovare Asllani capitalized on that pressure for the game’s opening goal, when a poor clearance fell to her and she punished England in the 11th minute.

Sweden continued to dominate England in the opening 25 minutes and Sofia Jakobsson made it 2-0 in the 22nd minute with a beautiful curling effort.

That seemed to finally wake England up and the Three Lionesses began to build into the game.

Fran Kirby, who started on the bench in the semifinal loss to the U.S., scored her own beautiful curler in the 31st minute to pull one back for England.

Then Ellen White struck, only to have it called back once again.

Despite the call, England might have equalized late but for a brilliant goal-line clearance from Nilla Fischer in the 90th minute.

Four years ago, England beat Germany 1-0 in extra time to win the WWC third-place game. On Saturday, the Three Lionesses just could not find that equalizer to reach extra time.