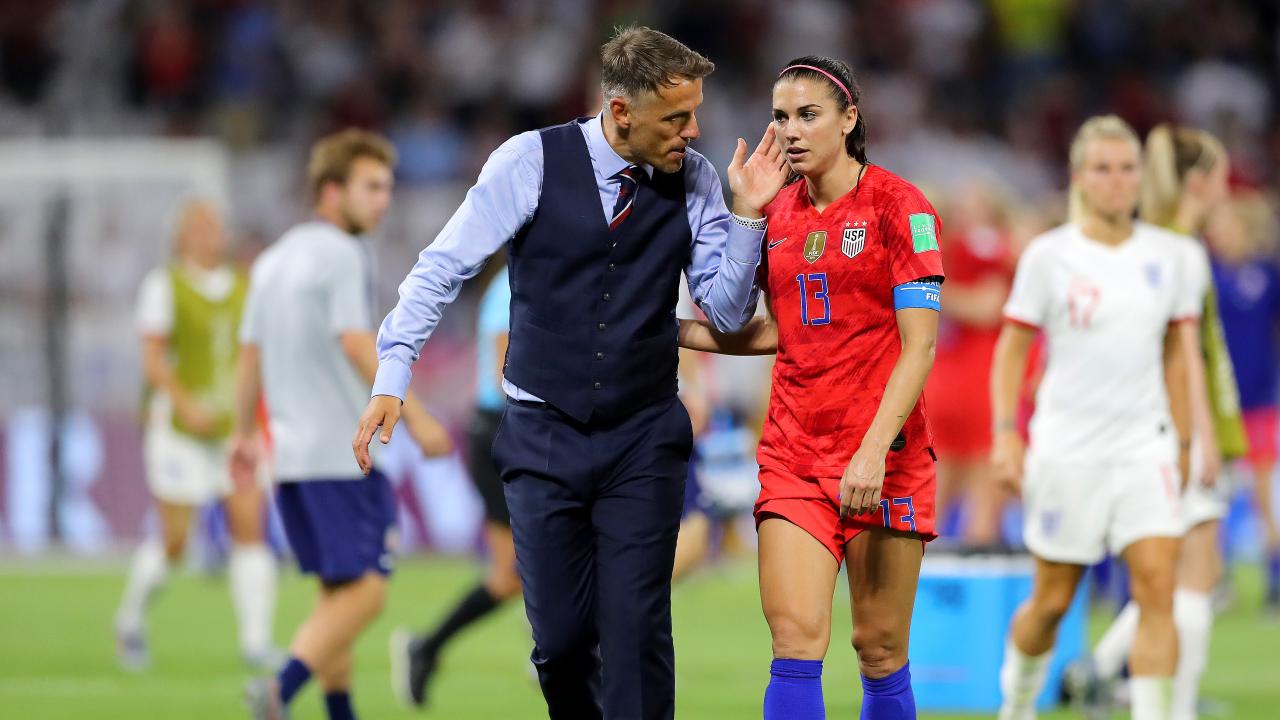 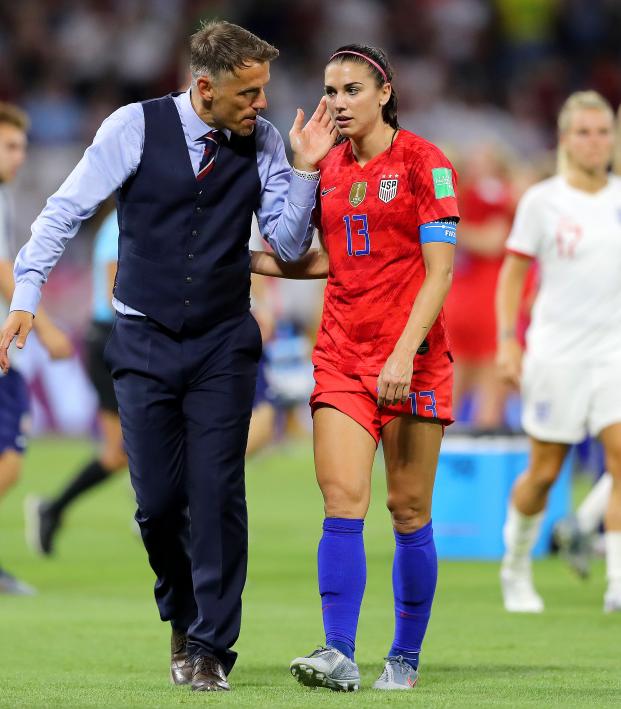 England’s crusade to knock the USWNT from its perch has ended in failure.

From the British media’s uproar over the Americans’ nerve to celebrate scoring goals at a Women’s World Cup to Phil Neville’s attempts to motivate his charges by trying to claim the U.S. was spying on the team, the USWNT has been Public Enemy No. 1 in England for some time now.

But when it came down to it, there were too many antics and too few goals as the U.S. defeated England 2-1 in the Women’s World Cup semifinals on Tuesday.

The final score was close; the stats were fairly even — but there was always going to be only one winner.

England is not ready to bring football home.

The USWNT scored 10 minutes into the game and 12 minutes after England equalized. The Americans have had an uncanny ability to score when they need to this tournament, scoring in the first 15 minutes of every match so far and never trailing.

Host France threatened with a late rally in the quarterfinals and England thought it had equalized with a goal called back and then a penalty kick saved, but the U.S. never flinched.

The Three Lionesses, however, flinched, repeatedly, a reflection of their manager, Phil Neville.

Perhaps trying to be his own version of Jose Mourinho, Neville was combative throughout the tournament, outspoken during interviews and not afraid to call other teams out.

Neville’s antics reached a nadir after beating Cameroon 3-0 in the round of 16.

Cameroon players were upset with what they perceived as officiating injustices, which is understandable given the number of calls that went against them. Yes, most of the calls were correct, but there was still a hint of incredulity, especially after no non-European or American teams reached the quarterfinal stage. The reactions from the Indomitable Lionesses were not the best from a sporting standpoint, but they weren’t anything we haven’t seen before from the women’s or men’s game.

But Neville made it sound like his team had suffered the biggest injustice in the history of the Women’s World Cup. Indeed, much of the Anglo world joined in to chastise the Cameroonians as if they were little kids who didn’t deserve to play with the big kids.

Last we checked, manners weren’t a prerequisite for playing soccer. If anything, manners should be thrown out the window.

But according to the English, manners are everything, and when the USWNT scored 13 goals against Thailand, that was beyond reproach. While social media reaction was widespread, including in the U.S., the English media particularly hated on the Americans for having the gall to celebrate their goals.

Even on Tuesday, when Alex Morgan scored the game-winning goal and celebrated by taking an imaginary sip of tea, English commentator Lianne Sanderson called the birthday girl out for having some fun celebrating a massive goal.

C’mon now, we can’t take all the fun out of sports, can we? Well, I guess that’s kind of what the English do.

The most desperate moment from Neville came when he tried to make it sound like the USWNT was spying on his team before their semifinal meeting. As we mentioned at the time, spying in sports is kind of a bullshit idea that really has no meaning, but Neville was probably just trying to give his team a little bit more motivation for the big match.

When the big match did arrive, Neville’s team didn’t rise to the occasion.

In Tuesday’s loss, England showed up in spurts, but for long periods was simply outplayed. The Three Lionesses’ first goal came out of nowhere and started a strong spell of play, perhaps their best of the match. Their best attacks seemed to catch the Americans off guard, as if the U.S. forgot that this England team is actually good after dominating for stretches.

And this England team is really damn good, probably the second or third best in the tournament. But Neville was left desperately searching for something to blame the loss on as it became more apparent, after an Alyssa Naeher penalty save, that the Americans would win.

Phil Neville trying to get his team to get their manners more organized. There's too much space between the manners and their manners need to be more compact. pic.twitter.com/N4PtOFUJZP

Against the U.S., England resorted to the same antics Neville criticized Cameroon for employing: diving in the box, yelling at the ref and making the sort of bone-crunching tackles that deserve red cards (Millie Bright was sent off, but that second yellow could’ve easily been a red).

The Americans, meanwhile, killed off the final 15 minutes after the penalty miss like pros, having been there, done that. The ball was in England’s defensive corner more than the U.S. defensive half for the seven minutes of added time, even with Megan Rapinoe out injured and the magnificent Rose Lavelle taken off with an apparent hamstring injury.

Neville, try as he might, can’t wriggle his way out of this one. He needed more than antics and leaving Fran Kirby on the bench for the first hour to beat the defending world champions.

Football is not coming home, once again. England, always obnoxiously proclaiming itself as the home of football, is out in the semifinals for a third straight World Cup (two on the women’s side, one for the men).

Soccer, however, is one win away from coming home for a record fourth time.