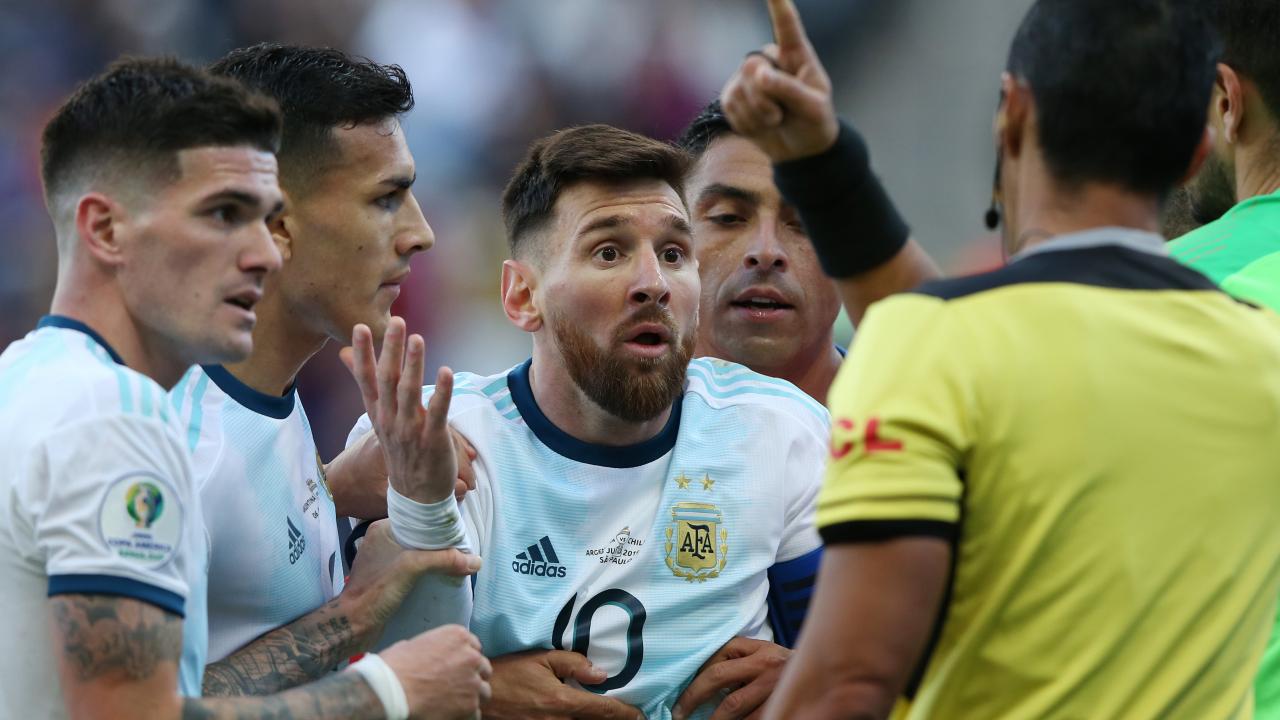 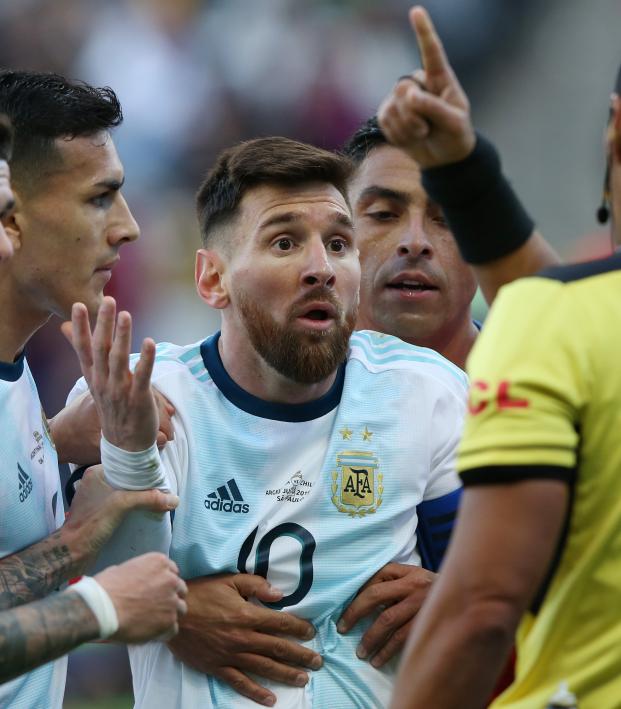 Travis Yoesting July 24, 2019
Lionel Messi’s red card in the Copa America third-place match is going to cost him and Argentina.

It was, if we’re being honest, one of the worst red cards ever given out.

Lionel Messi was rammed into by Chile’s Gary Medel, who had been out for blood all match, and the Argentine merely held his ground. Nonetheless, Messi was sent off, just his second career red card since turning pro.

Now, it appears the red card is going to cost him — and his country — in qualifying for the 2022 World Cup.

Messi was handed a one-match suspension for Argentina’s next World Cup qualifier and fined $1,500 by CONMEBOL, the Associated Press reported. World Cup qualifying begins in March, and La Albiceleste may feel fortunate their star man wasn’t handed a ban for the 2020 Copa America next summer.

The Barcelona star’s red card was a ridiculous decision from the referee, who was probably just trying to control a third-place match at the 2019 Copa América that was spiraling into an all-out melee. Medel was also sent off, deservedly so, but Messi did little to deserve a complementary red.

Admittedly, we understand the Lionel Messi ban in the context of the entire tournament. After Argentina was knocked out by Brazil, Messi went on a verbal tirade, calling out corruption in the tournament. Messi later apologized for his remarks. But the ruling from CONMEBOL did not mention any of Messi’s off-field statements, leading one to believe the suspension was purely for his actions on the pitch.

Red cards are almost always accompanied by a ban, often three matches for a straight red card, so one could also argue Messi got off light.

CONMEBOL also decided this week to depose Argentina FA chief Claudio Tapia from the FIFA council after Tapia repeated some of Messi’s attacks on CONMEBOL.

Messi missing one match in World Cup qualifying probably isn’t the end of the world for La Albiceleste, and the No. 10 may not even choose to participate in the 2022 tournament. But considering Argentina needed a Messi hat trick on the final day of qualifying to reach the 2018 edition, any Lionel Messi ban is worrying.