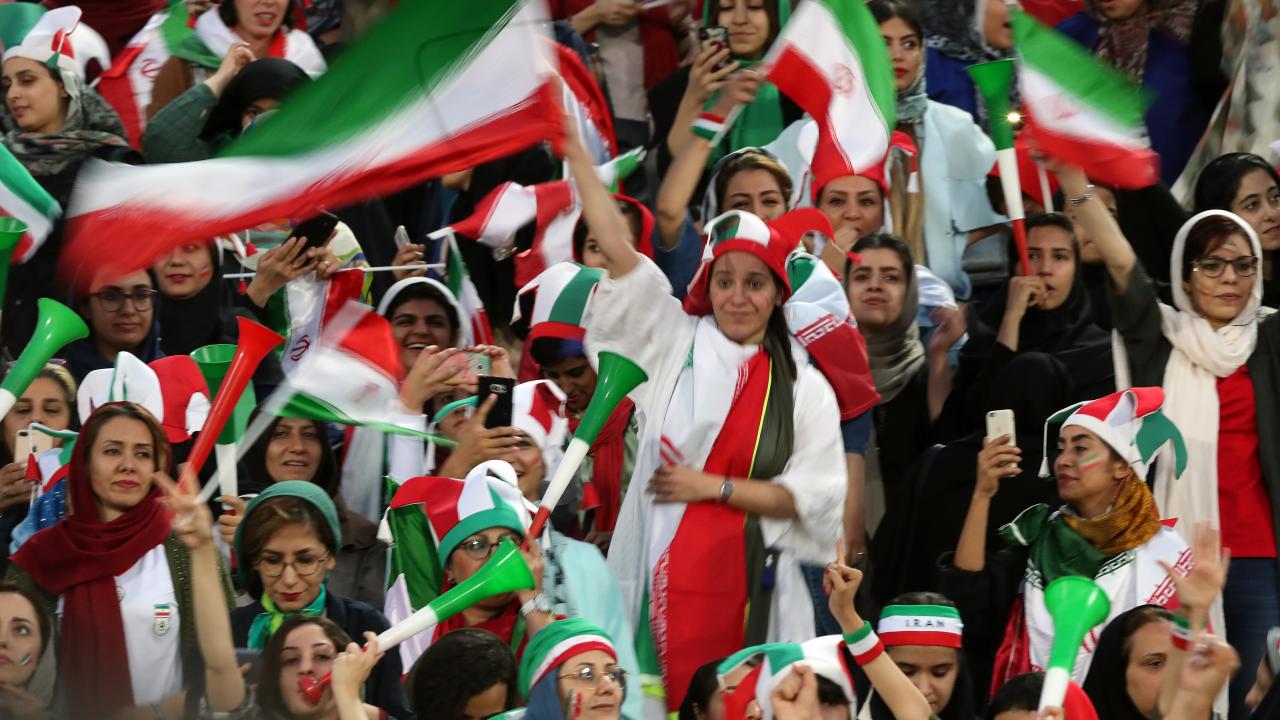 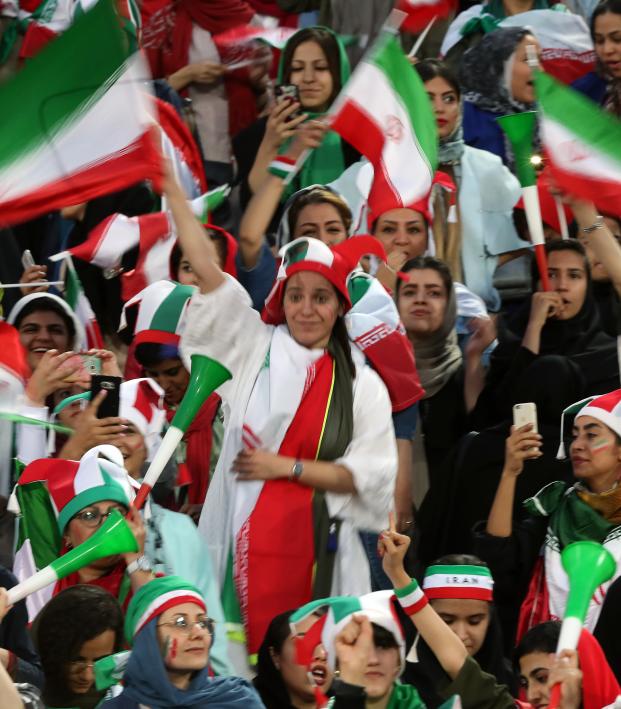 Travis Yoesting October 10, 2019
Women were allowed to watch Iran for the first time in nearly 40 years and they saw a bloodbath.

One section of Azadi Stadium in Tehran burst with colors, enthusiasm, joy and revelry.

The rest of the stadium echoed, empty and still.

The first men’s soccer match attended by women in Iran in nearly four decades was a stark reminder of where fans have come from and where they still have to go.

Iran smashed Cambodia 14-0 in a World Cup qualifier on Thursday, but the match was of little significance compared to what happened in the stands at Azadi Stadium.

Women have long fought for the right to attend soccer matches in Iran. A gender apartheid had kept them out since 1981 until pressure from FIFA and the international community finally forced Iran into action, though many suggest not enough has yet been done.

Hours before the match, women gathered outside the gates, excited to finally be let in to what was previously a boys club.

It was a joyous occasion, at least for the 3,500 who were able to score tickets, which sold out almost immediately.

Despite the match being played at the 78,000-seat Azadi Stadium, less than five percent was opened up to women. Most of the rest of the stadium sat empty, with about 2,500 tickets having been sold to men as of the day before for the World Cup qualifier.

The Iran FA refused to open more seats up to women, with many women turned away at the gates.

Iran gave many excuses for why women couldn’t attend, saying it was too expensive to build women’s bathrooms or too unsafe for the women. Those in attendance were essentially locked in cages, cordoned off from the rest of the stadium like dangerous animals. If you’re wondering what the women’s bathrooms looked like in a stadium that had not accommodated women in decades, we gotcha, because we’re The18.com and we’re where soccer lives, damnit.

Some women took it upon themselves to teach the others how to chant, with so few having ever been to a match before. Others honked on vuvuzelas like they had never gone out of style.

While the revelry in one tiny corner of the stadium couldn’t be contained and the Iran national team cruised to an easy win on the pitch, there were still plenty of detractors saying Iran hasn’t yet done enough to end its gender apartheid.

FIFA had to threaten to dock points in World Cup qualifying or ban the team outright if Iran didn’t take steps to allow women into matches. The death of the “Blue Girl” — Sahar Khodayari, who set herself on fire in the face of a six-month prison term for attending a match — sparked international outrage and helped push Iran to finally allow women into the stadium.

One fan who had a sign paying tribute to Khodayari was involved in a struggle with female police officers who took the sign down.

Even after the historic match, human rights advocates around the world called on Iran to do more to allow women into matches, many suggesting FIFA must do more to ensure this is the start of a trend toward ending the gender apartheid. Women still have not been allowed to attend club matches in Iran.

Amnesty International called the match little more than a “cynical publicity stunt” and Guardian columnist Suzanne Wrack said Iran does not deserve praise as not enough has been done to ensure this isn’t just a one-off match to appease FIFA. Media credentials were denied to female photographers.

FIFA president Gianni Infantino put out a statement thanking the Iran FA and AFC for cooperation in allowing women to attend the match, which is a bit like thanking a kidnapper for giving the child back in exchange for ransom money.

“FIFA now looks more than ever towards a future when all girls and women wishing to attend football matches in IR Iran will be free to do so and in a safe environment,” Infantino said. “There can be no stopping or turning back now.”

Infantino also thanked the women who had fought for their right to attend the match, saying FIFA stands by them.

“History teaches us that progress comes in stages and this is just the beginning of a journey,” Infantino said, without giving any indication as to why we should believe this is the start of a journey and not a one-time photo op.

As for the match itself, it was a day at the park for Iran, the top-ranked side in Asia, which handed Cambodia its worst-ever defeat. Cambodia is coached by a 31-year-old Argentine named Félix along with Japanese soccer legend Keisuka Honda, a coach and general manager of the team.

Karim Ansarifard scored four goals and Sardar Azmoun added three for Iran, which led 7-0 at halftime and didn’t let up.

Ahmad Nourollahi gave the women something to cheer about within five minutes with this stunning strike.

Ansarifard made it 6-0 with one of the great joys in soccer: an indirect free kick inside the opponent’s box.

After the match, players on the Iran national team walked to the women in the crowd and applauded them.

The most beautiful moment in today’s game.

The Iranian players go to the women’s section to applaud, commend and praise them.

It was a day to remember for women in Iran.

Now progress must continue, with women able to attend all matches in the country and not just in small, cordoned-off sections of an otherwise empty stadium.