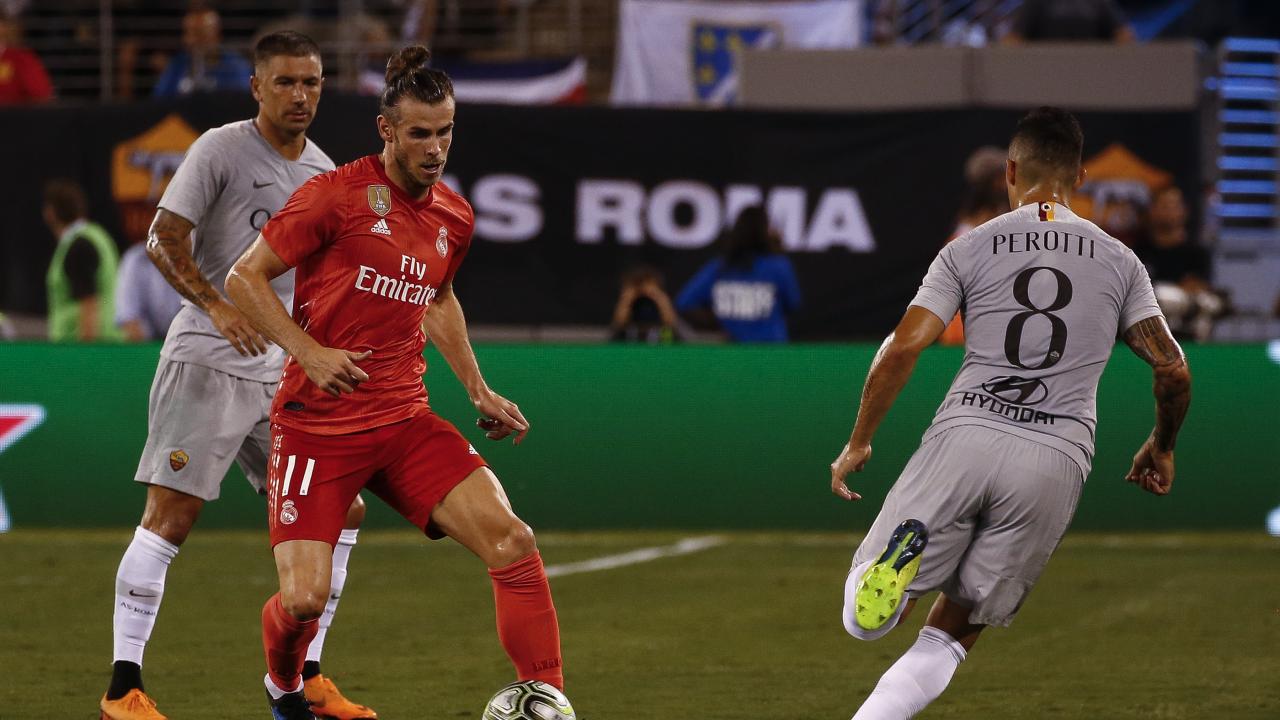 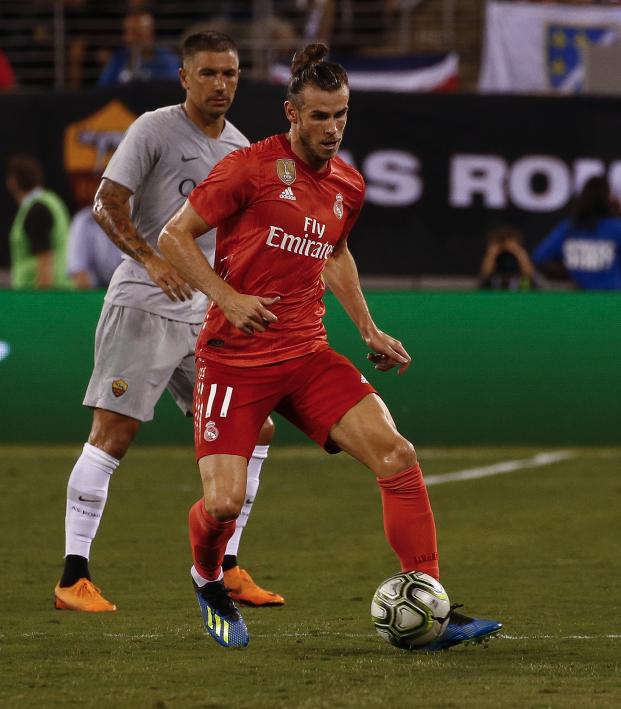 Hannah Lichtenstein August 8, 2018
The Welshman continued to prove his ability to carry the side with another brilliant preseason display.

Ever since Cristiano Ronaldo’s departure to Juventus, questions have been whirling about as to who will fill his shoes and be the leading man for los Blancos this season. What star will Madrid pluck from another European giant for an absurd sum of money? What precocious youngster will hastily be labeled "The Next Ronaldo?”

The answer as to who can show up for Madrid in the big moments and be a consistent thorn in the side of opponents might not to be the flashiest media headline, because the man has been there all along, in and out with nagging injuries and often being overshadowed by CR7: It’s Gareth Bale.

Perhaps the signal of his readiness to take over came in May with his goal in the UEFA Champions League final, a strike that will go down as one of the greatest the tournament has ever produced. Bale’s never been a dud, we’ve known of his quality for years, but now that Ronaldo has exited stage right, Bale will be more freed up and dynamic in showing what he can do.

He really has started to demonstrate comfort in a potential new role this preseason in the International Champions Cup.

He scored a worldly against Juventus a few days ago and last night proved his quality all around the field as he led los Blancos to a 2-0 win over Roma. It took very little time for The Bale Show to commence when, in just the second minute, the winger delivered an inch-perfect ball with the outside of his foot to Marco Ascensio, who calmly tucked it home.

Seriously though, Bale put that one on a platter for the forward (who also is proving he’s got star power in him — watch out, this partnership could very well be deadly this campaign).

Bale then put his side up two goals in the 15th. He used his speed to collect a ball in behind, tied up his defender’s ankles by cutting inside with his left, and buried it in the corner, cool as you like.

It’s clear so far that the Welshman is really finding his form and confidence in a post-Ronaldo era. Real Madrid is, well, Real Madrid so they have an embarrassment of riches no matter what, but it seems Gareth Bale could be the key game-changing figure in Ronaldo’s absence.